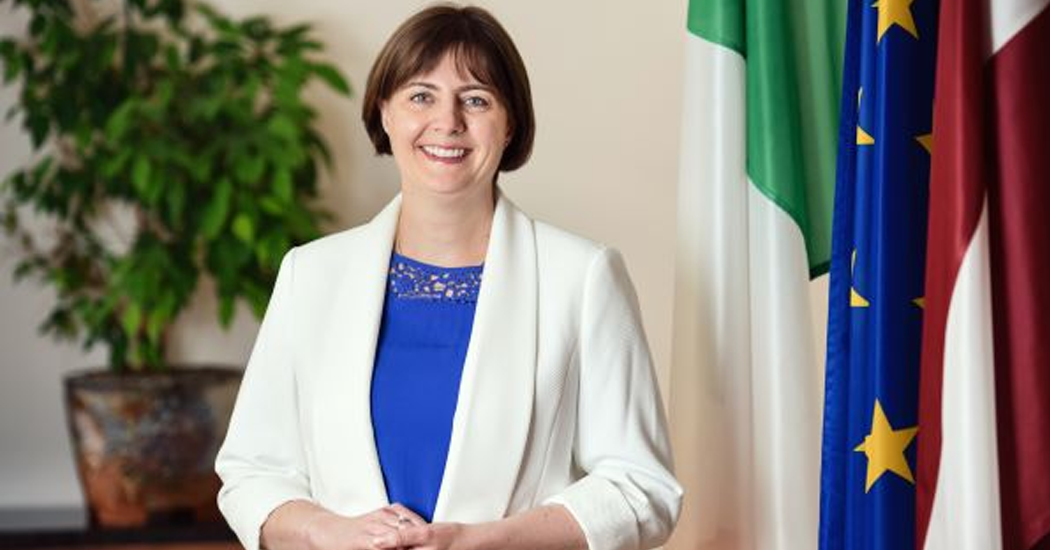 Eimear Friel, a Fingal native with Donegal roots, has been appointed as the new Ambassador to Latvia.

Ms Friel recently moved from her post as Deputy Consul General in New York to take up the role.

With family connections in Fanad, Ms Friel calls herself a ‘Fingallian with a Donegal heart’.

She presented her credentials to H.E. President of the Republic of Latvia Egils Levits earlier this month.

“It is a great privilege and an honour for me to represent Ireland in Latvia,” she said.

“I value the opportunity to play my part in developing the strong relationship between our two countries, a relationship which was formalised when we established diplomatic relations in 1991, but which is founded on historic links going back many centuries.

“We have a lot to celebrate in common, including our love of a distinctive native culture, expressed particularly music, song and dance.

“Our common membership of the European Union gives Ireland and Latvia much to work on together as we seek to advance the values we share and improve the daily lives of our citizens.

“With my colleagues in the Embassy team, I will be working to further enhance the links between Ireland and Latvia, be they business, economic, political, cultural or social, during my time here.

“In the words of the ancient Irish proverb: ar scáth a chéile a mhaireann na daoine. (It is in each other’s shadows that we survive.)”