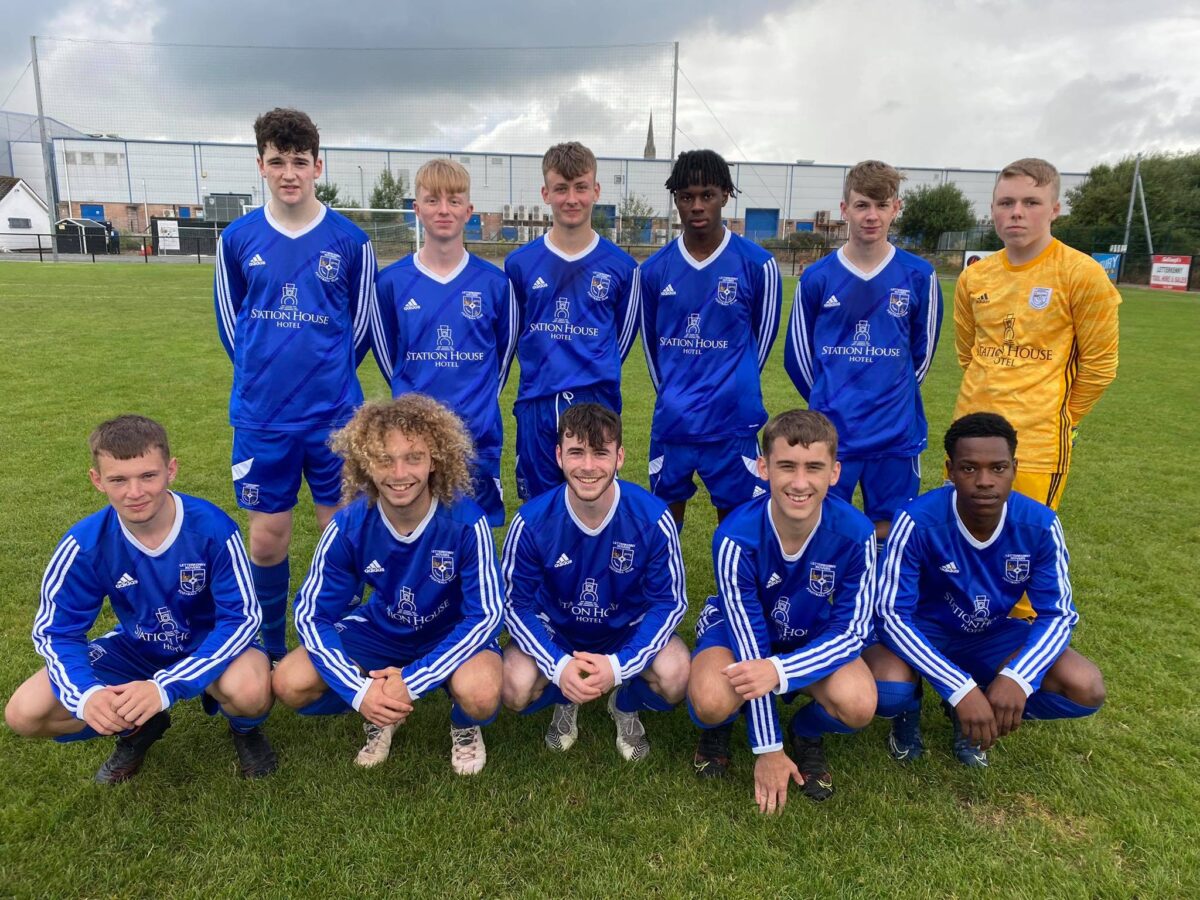 Letterkenny Rovers go back to top of Donegal Youth League

LETTERKENNY Rovers returned to the top of the Donegal Youth League last nigh when defeating Kilmacrennan Celtic while the other games in the League finished in draws.

Letterkenny Rovers maintained their perfect start to the season when defeating a stubborn Kilmacrennan Celtic at Leckview Park on Wednesday evening.

Rovers took the lead on five minutes when the in-form Adam Yisau went on a mazy run before finding the net past visiting netminder Kevin Mallon.

Mallon was to the fore making a number of good stops to keep his side in it while Kilmac applied late pressure towards the end of the half and came close through Owen Browne and Cian Paige.

The home side started the second half quick and again it was Yisau with a fine finish on 50 minutes which doubled Letterkenny’s lead and put hem in strong control but a plucky Kilmac battled hard but late goals on 84 and 86 from the effective Luke Parke and Yisau completing his hat-trick saw Rovers go back to the top of the table.

An entertaining game in Orchard Park saw both sides share the points.

Ballyraine started the brighter and took the lead through the very lively Danny Harkin in the seventh minute.

Ballyraine had a Harry Winfield free kick pushed round the post by Benjamin Darragh in the Lagan goals in the 11th minute. From the resulting corner Ballyraine doubled their lead after Aaron Donnell headed into his own net.

Ciaran O’Connor pulled a goal back for Lagan in the 21st minute after a goalmouth scramble from Josh Kildea’s corner.

The game was all square in the 32 minute after some fine work down the Lagan left from Ciaran O’Connor and Oisin McFadden to find Aaron Donnell who smashed the ball into the top left corner of the net. 2-2 at half time.

The second half saw a much tighter game. Ryan Lynch pulled off a fine save in the 50th minute. Then Aaron Donnell just missed the ball from Ryan Kildea’s cross a minute later.

Ballyraine went ahead again in the 65th minute after a lapse in concentration in the Lagan back line allowed Dillon Condron to score from close range.

The game was all square again in the 75th minute when after some brilliant work on the Lagan left from Ryan Kildea found Shay McCole free and he was calm enough to score.

Both teams had chances to score again but it finished all square.

Two of the title protagonists could not be separated in an intriguing tussle at Dry Arch Park.

Bonagee had the better of it and deservedly took lead through Leon Boyce on 17 minutes.