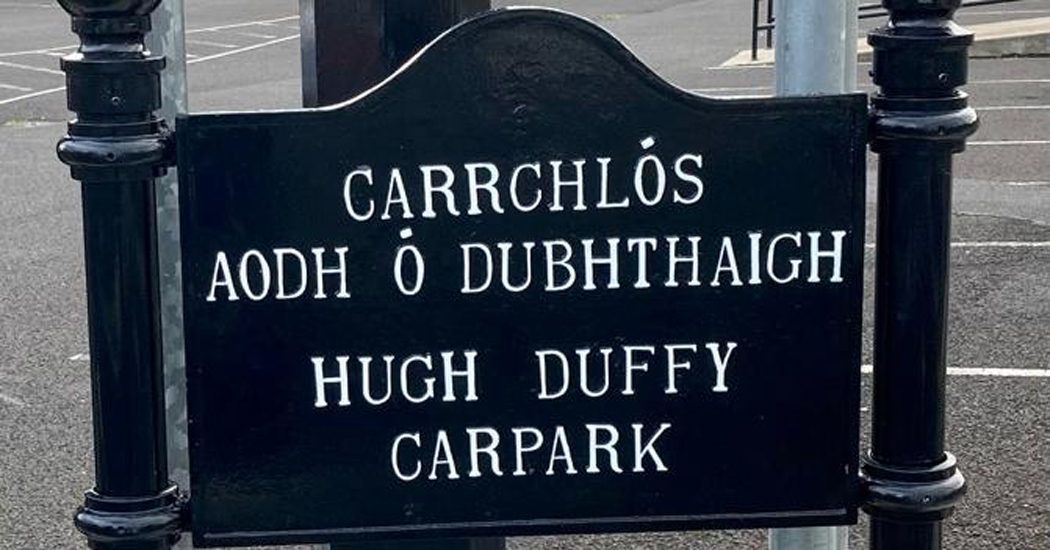 The late Hugh Duffy worked in St. Eunan’s College where he taught Latin and History. A native of Galway, Mr Duffy soon made Letterkenny his home and contributed much of his life to the development of the town and the area surrounding St. Eunan’s.

The ‘Old Mart’ car park was formally renamed in memory of Mr Duffy in 2019. Cllr Jimmy Kavanagh first proposed the renaming in honour of Mr Duffy’s campaign work to keep the site in public ownership.

New signage has now been put in place to make more members of the public aware of the space. Cllr Jimmy Kavanagh has thanked the council for bringing the project to completion.

Mr Duffy was a former Captain of Letterkenny Golf Club, he was actively involved in Meals on Wheels and he was a member of the Board of Management of St. Bernadette’s School. He took a great interest in the ongoing development of Letterkenny Town and his home at College Row won numerous prizes for ‘Best Kept Garden’ in the Tidy Towns competitions. He sadly passed in December 2014. 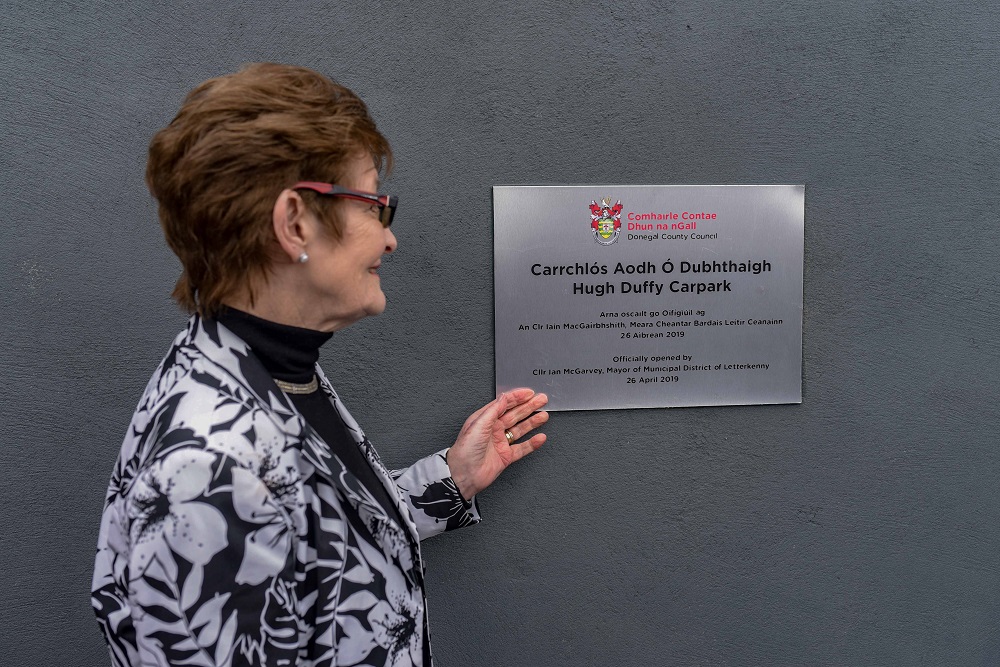 Mrs Elaine Duffy, wife of the late Hugh Duffy, pictured at the official opening of the Hugh Duffy Car Park in April 2019 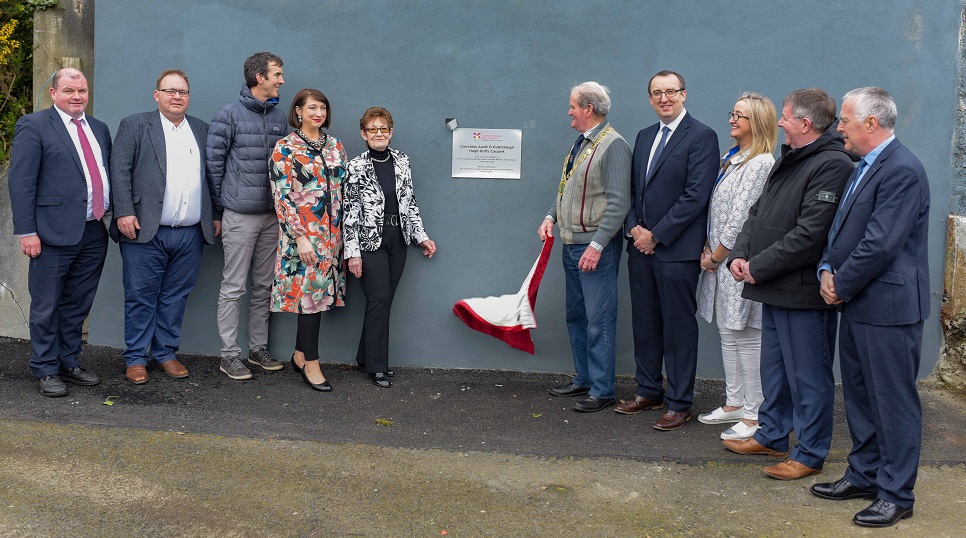