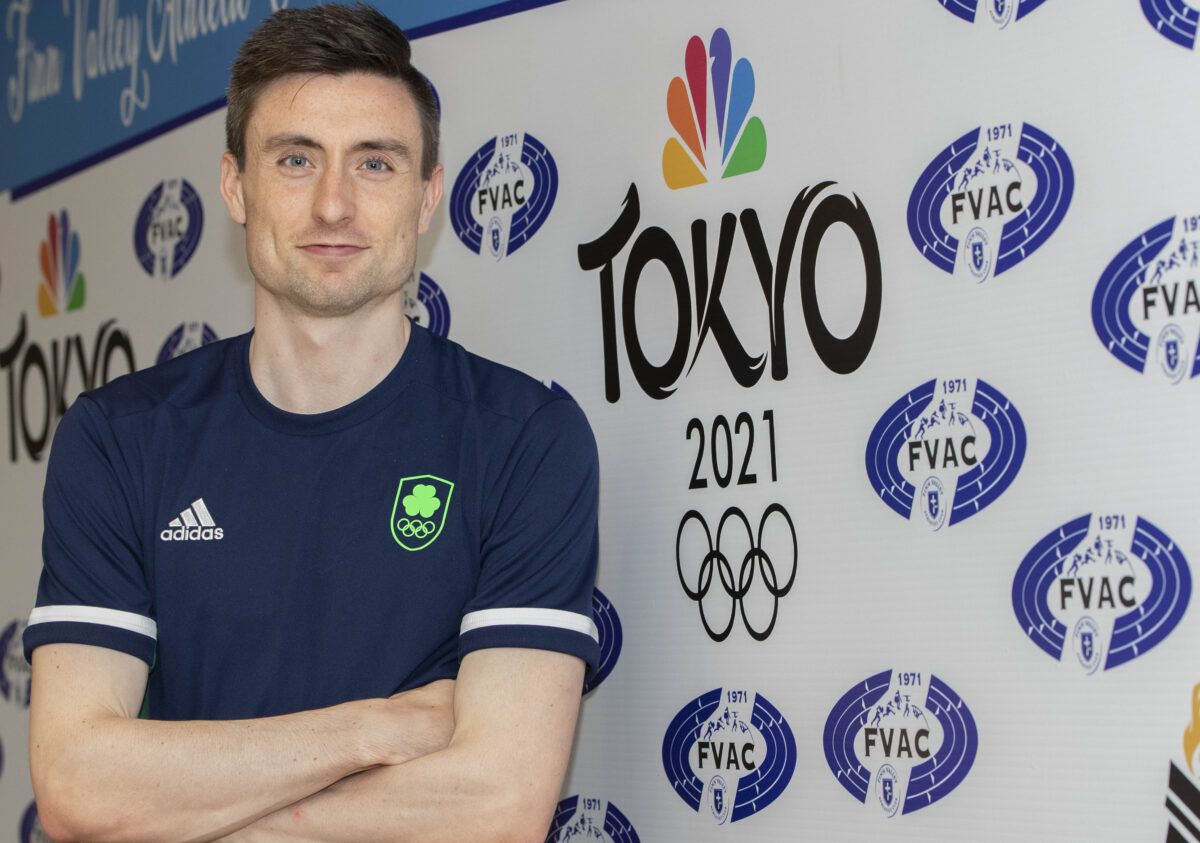 MARK English’s Olympic Games is over as the Finn Valley AC man was fourth in his heat in Tokyo this evening.

English was in a sometimes messy heat at the Japan National Stadium and missed out on qualification for the semi-finals by just 0.16 seconds.

English’s time of 1:46.75 was beaten to one of the top three qualification places by Patryk Dobek, the Polish athlete who got there in 1:46.59.

It was a case of so near and yet so far for the 28-year-old who would’ve needed a top three finish in a heat won by Jesus Tonatiu Lopez of Mexico in 1:46.14.

Out of lane 3, English tussled with Frenchman Benjamin Robert while Dominican Republic athlete Dennick Luke was a faller.

The top three from each of the six heats advance to the semi-finals along with the next six best times, but English’s time wasn’t enough to seal advancement.

In late June, English – with the qualification deadline looming – booked his place in Tokyo in memorable and dramatic fashion.

At the Trofeo Diputación Memorial Cansino in Spain, English broke the Irish record to seal his place.

The 1:44.71 he clocked in Castelló eclipsed David Matthews’ record, which stood since 1995.

This was English’s second experience of the Olympic Games after he reached the semi-finals at the 2016 Games in Rio.

Since then, he won a bronze medal at the 2019 European Indoor Championships in Glasgow, that representing his third European medal.

English’s colleague from Finn Valley AC, Eilish Flanagan, will go in the heats of the women’s 3,000m in the early hours of Sunday morning. That race will represent the Gortin woman’s Olympic debut, the 24-year-old having qualified through her rankings, boosted by a 9:42.71 effort in Lucerne right on the deadline.