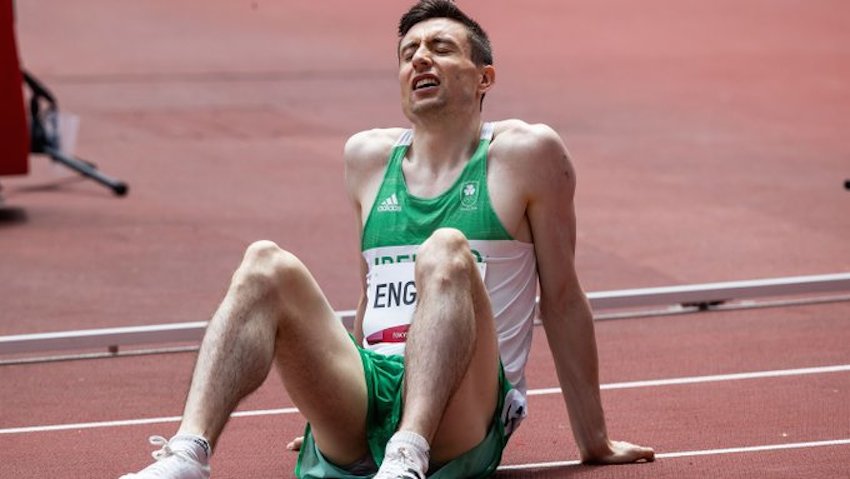 THE pangs of regret were evident as Mark English dropped to the track at the Japan National Stadium.

English was fourth in his men’s 800m heat at the Olympic Games, but his 1:46.75 wasn’t enough to book a place among the semi-finalists.

The Finn Valley AC runner found himself boxed on the inside and behind some traffic in a bumpy race. He kicked over the last 200m, but Patryk Dobek, the European Indoor champion, secured the third qualification spot, beating English by 0.16 seconds.

“I was ready for that race. I just got outkicked,” said English.

“There’s nothing else to say, really.”

“The plan was to stay in contention without wasting too much energy.

“I felt like kind of got to the front at 200m and then they all just closed in and got in front of me. At that point, I didn’t feel like it was worth wasting energy to move out but over time I might regret that. It’s tough to take to be honest.”

English flew to Tokyo in the form of his life. He qualified at the eleventh hour when running 1:44.71 in Spain – a time that broke David Matthews’ Irish 800m record, which had stood for 26 years.

English was an Olympic semi-finalist in Rio in 2016, but the three-time European medalist was unable to claw back the deficit. In these moments, hundredths of seconds feel like miles.

English said: “I know I had the quality to make it but it’s always the case with an 800m runner, it’s a different thing doing it. Lots of guys have the potential. But I just didn’t have it today unfortunately.”

The 28-year-old has already secured qualification for the 2022 World Championships in Eugene, Oregon next summer.

The newly-qualified medical doctor, working with a new coach in Feidhlim Kelly, certainly isn’t closing the door just yet.

He said: “Look, coming into the year my two goals were to qualify for the Olympics and get a new Irish record and I did that. To ask for anything else was always going to be a bonus.

“If I’d made the semi-final it would have been a bonus but it’s just like I felt like I could have made it. I’ve had luck in my career, today I didn’t. It’s a different thing when you go into a championship and you know you’re not in shape and you crash out.”

English’s Finn Valley AC colleague Eilish Flanagan goes in the heats of the women’s 3,000m steeplechase at 2.10am on Sunday.

The Gortin woman qualified through her ranking – and now she wants to make the most of the chance.

“I’m going in to gain a lot of experience,” she said. “I want to raise to my absolute best and my ability. I’ll take it all in and race the best athletes in the world.” 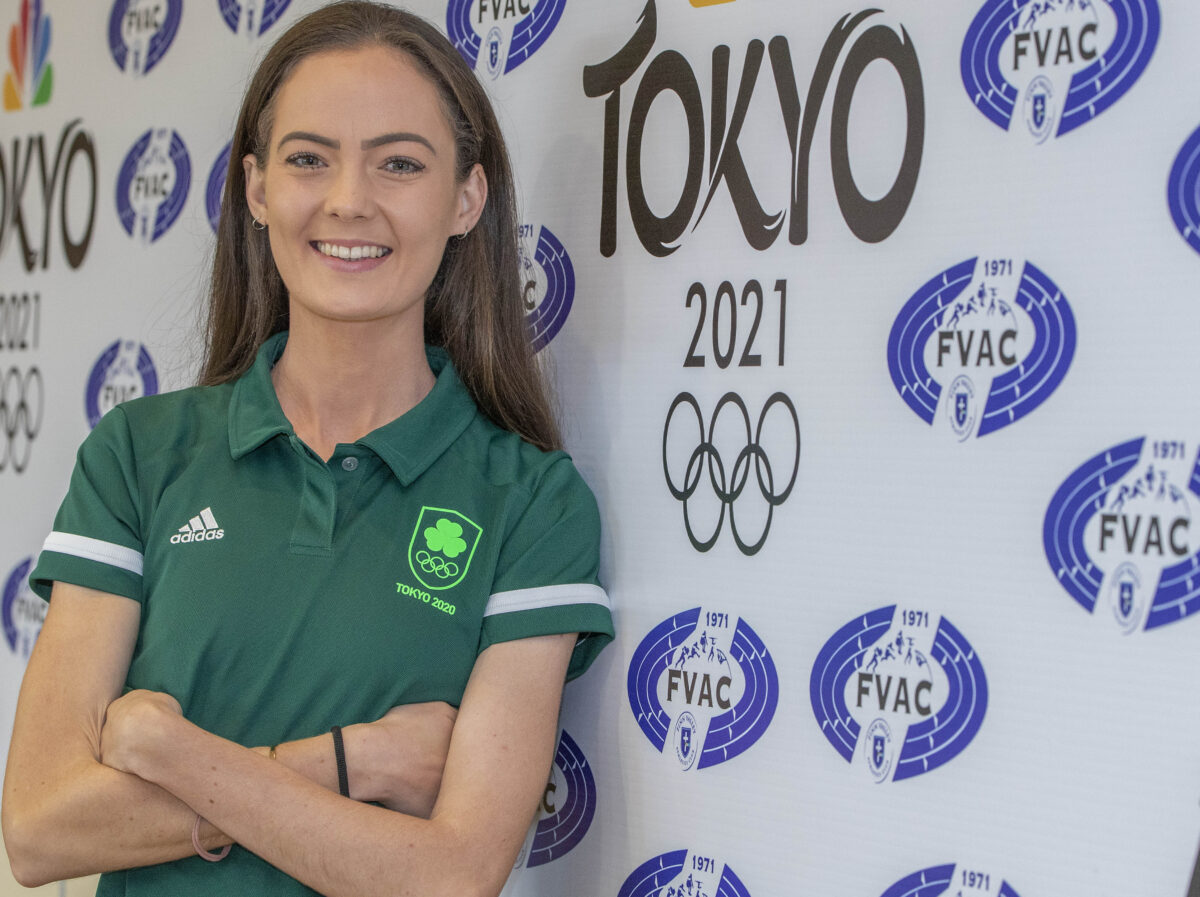 Eilish Flanagan at the press conference at a Finn Valley Centre. (NW Newspix)

At a Continental Tour silver meeting in Lucerne in late June, Flanagan moved firmly into contention with an excellent 9:42.71 – a time that was enough to book a seat on the plane.

Flanagan said: “I have a lot of room for improvement and that;s exciting. I like the challenge of it testing my true abilities.”