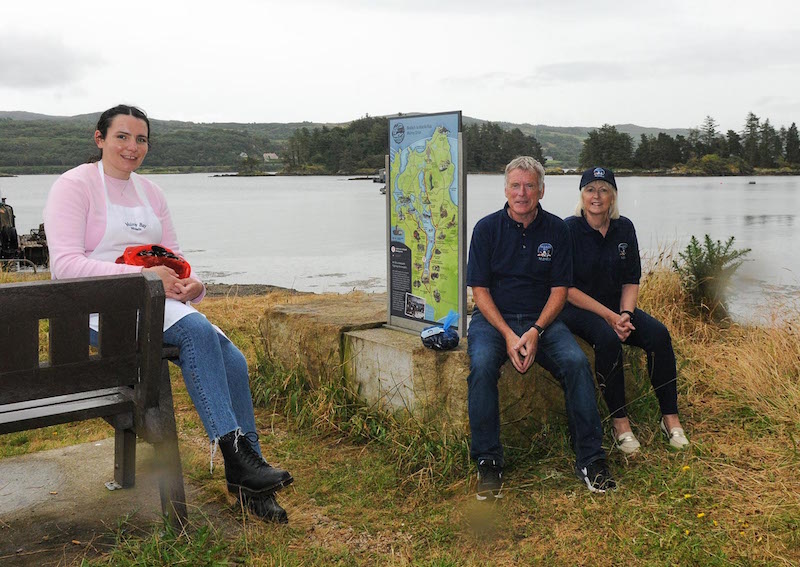 Donegal chef to ‘mussel’ in on Atlantic Seafood Journey!

A young Donegal chef is taking up a new challenge as the BIM Young Chef Ambassadors begin their own Taste the Atlantic Seafood Journey!

Following the recent announcement of five young chefs being appointed to the Bord Iascaigh Mhara (BIM) Taste the Atlantic ambassador programme, each of the chefs have now been paired with a knowledgeable seafood producer along the Taste the Atlantic trail.

The producers have agreed to mentor their young chef and teach them everything they know about Ireland’s quality seafood.

Sarah Browne of Time & Tide Café in Annagry was selected as one of only five young chefs on the BIM Young Chef Ambassador Programme.

Sarah has been paired up with Mulroy Bay Mussels, a family-run business, dedicated to the sustainable production of high-quality mussels for over 30 years. Mulroy Bay Mussels supply their product to many restaurants along the Taste the Atlantic route. 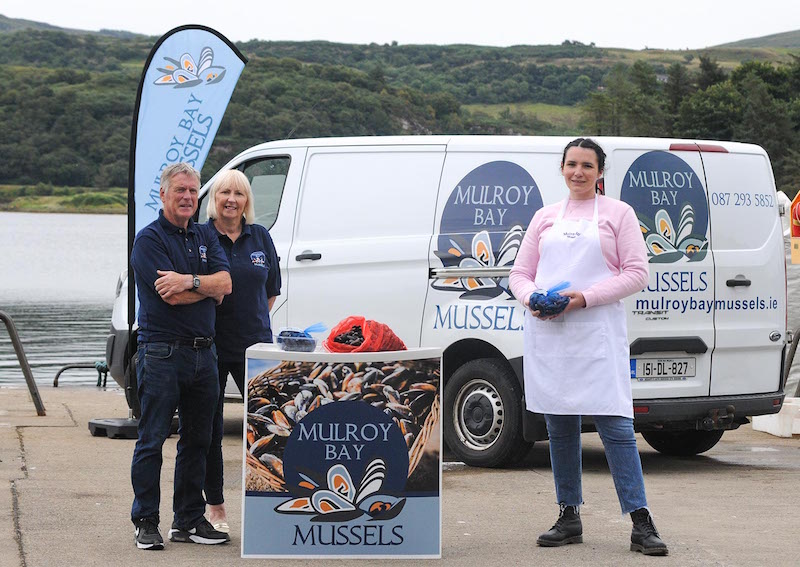 Sarah Jane Browne, Chef/Manager at the Time & Tide Café, Annagry, Co. Donegal who has paired up with husband and wife team Hugh and Brigid Wilhare of Mulroy Bay Mussels to learn all about the produce they produce in Mulroy Bay, Co. Donegal.

Sarah’s challenge now is to learn as much as she can about Ireland’s premium seafood offering and create a range of dishes to showcase what she has discovered on her journey.

Sarah, along with the four other chefs, will then present their menu ideas to a panel of seafood experts, including Michelin starred Chef JP McMahon, for their feedback.

The programme aims to promote the wealth of seafood available along the Wild Atlantic Way and inspire chefs to include more of it on their menus so that visitors can ‘Taste the Atlantic’ on their plate.

BIM’s Taste the Atlantic Ambassador Programme is an exciting initiative created by Bord Iascaigh Mhara in partnership with Chef Network to drive awareness of the provenance of Irish seafood among young and aspiring chefs.

All of the Ambassadors will receive one-to-one mentoring with one of Ireland’s leading seafood producers along the Wild Atlantic Way.

Taste the Atlantic, A Seafood Journey! was developed by BIM in partnership with Fáilte Ireland and the trail, sweeping from Malin Head to Kinsale, Co. Cork, showcases the incredible range of seafood producers and visitor attractions along the Wild Atlantic Way to visitors.