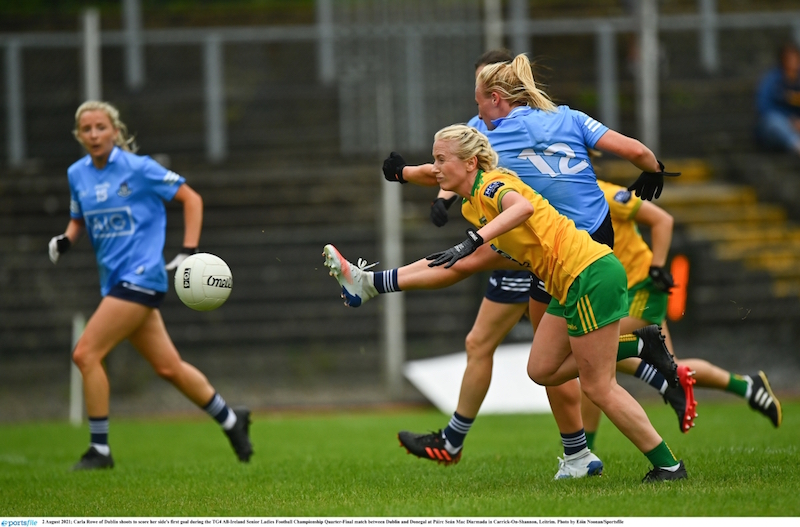 Dublin were on the back foot when Donegal got off to a dream start, but the reigning champions never panicked and when Rowe hit the first of two goals, Dublin dominated affairs.

Donegal were handed the perfect opening when Geraldine McLaughlin hit 1-2 inside the first three minutes. After converting a first-minute free, Donegal turned over the Dublin kick-out before an unmarked Geraldine McLaughlin slipped the ball past Dublin goalkeeper Ciara Trant. McLaughlin added to her tally with a second free a minute later.

Despite those ideal few minutes Donegal couldn’t built on their lead. While Dublin had to wait until the sixth minute before Hannah Tyrrell got the reigning champions’ first score, thereafter Mick Bohan’s settled into the contest.

Rowe converted a free to bring the gap back to three after ten minutes, while Sinéad Aherne also grabbed a point to reduce the deficit to two.

Dublin were given a lifeline just before the water break when Rowe found the net. Lyndsey Davey passed to Rowe, she turned two defenders and clipped the ball past Aoife McColgan, which gave Dublin the lead for the first time. 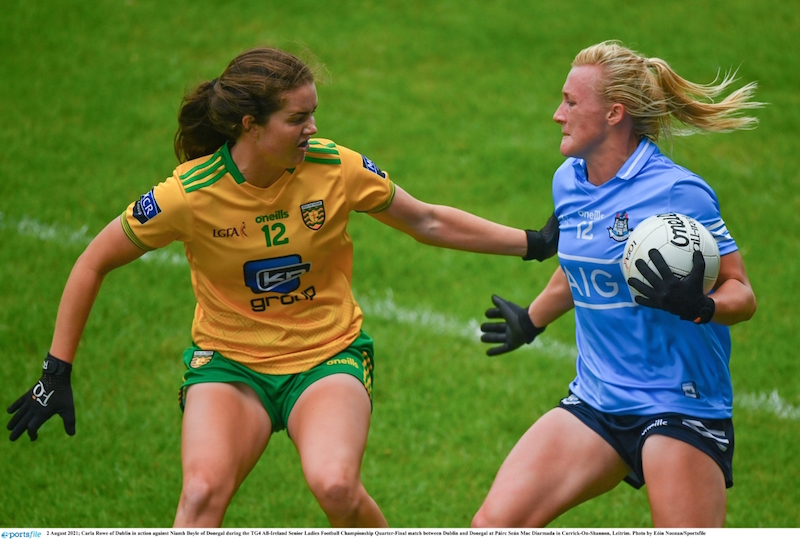 A brace of points from Tyrrell and Davey pushed the Leinster side three ahead, while substitute Siobhan Killeen pushed Dublin four in front with five minutes left in the half.

Without a score since their early salvo Donegal looked to be in trouble, but Katy Herron found the net at the end of a patient team move to close Dublin’s lead to 1-6 to 2-2 at half time.

However, Dublin hit the ground running in the second half. Rowe converted a free while Killeen followed it up with a point from play a minute later.

And although McLaughlin added her third free of the contest to bring the gap back to three, Rowe grabbed her second goal to increase Dublin’s advantage after quick free from Killeen created the chance.

Dublin continued to build on that advantage and Tyrrell added two quick scores, which opened up a seven-point gap.

Geraldine McLaughlin’s free taking kept Donegal in touch in the closing stages, but points from Davey and Rowe ensured Dublin progressed to a semi final meeting with Mayo. 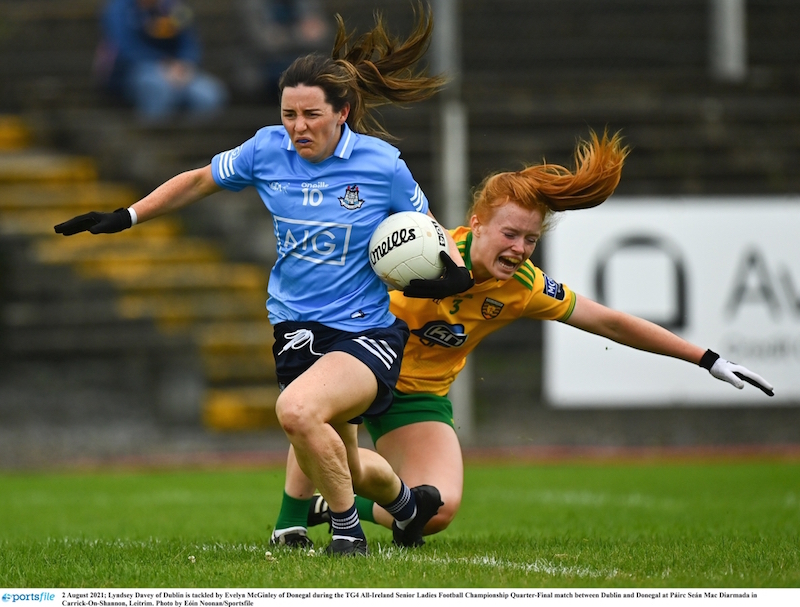