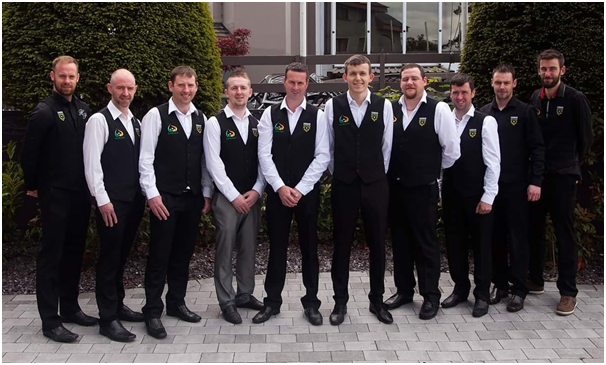 In the main men’s event, Donegal will seek to go one better than last time out, when they had an inspiring run all the way to the final only to be defeated by a very strong Wexford outfit. The county will also have teams competing in the Intermediate and Junior sections of the men’s competitions.

The Donegal ladies’ team are also expected to compete for honours and have had a number of their players represent their country in recent times. Two teams will travel to compete in the over 50s event and Donegal are also well represented at under-23 level.

The competitions take place from Wednesday the first of September to Sunday the fifth in the Gleneagles Hotel, Killarney. Since the formation of the Donegal Pool Association a number of teams have come very close to capturing a national title; hopefully the breakthrough will finally happen this year.

In other news, Donegal men’s captain, Shaun Sharkey, competed in the Ultimate Pool Masters recently which was televised live on Free Sports TV.

In what was an exciting, free-flowing match, Shaun was somewhat unlucky to lose to England international, Rob Wharne, on a scoreline of 8 frames to 5.