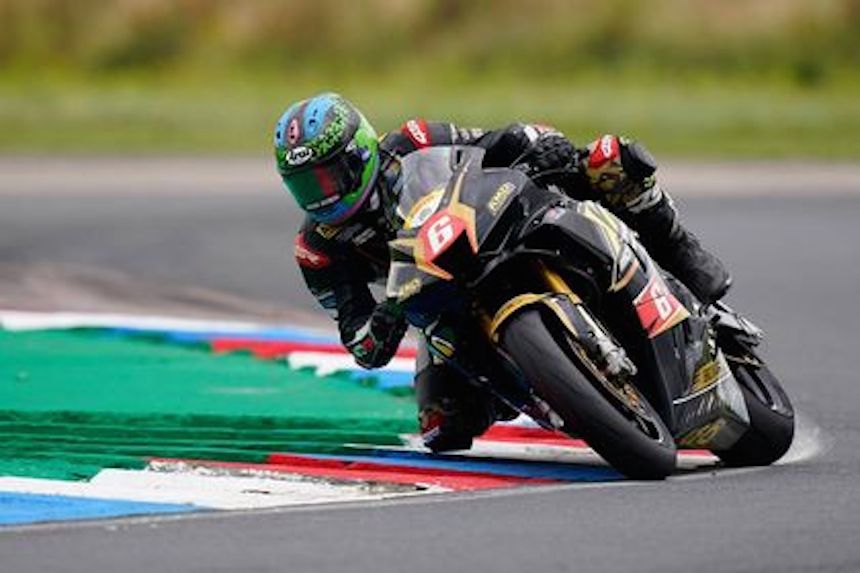 Solid weekend at Thruxton for Kerr and AMD Motorsport

RICHARD Kerr and the Dumfries-based AMD Motorsport team were in action at Thruxton, Hampshire at the weekend for round four of the Pirelli National Superstock Championship.

Although the Kilmacrennan, County Donegal rider was unable to add to his points tally, he notched up two solid rides in the highly-competitive class.

The weekend started on a damp note with Friday’s free practice sessions seeing a considerable amount of rain fall but qualifying on Saturday was thankfully dry and a strong lap on the factory-prepared Honda Fireblade saw Richard qualify in 20th place for the afternoon’s 15-lap race.

Just 1.4 seconds adrift of pole position, that saw him line up on the seventh row and a solid start enabled him to complete the opening lap around the high-speed 2.35-mile circuit in 18th position.

From that moment on, he was embroiled in a ten-rider battle for 13th whereby positions were changing all the time. Less than a second outside the points, a slight mistake in the closing stages meant he ultimately finished at the back of the train in 21st. 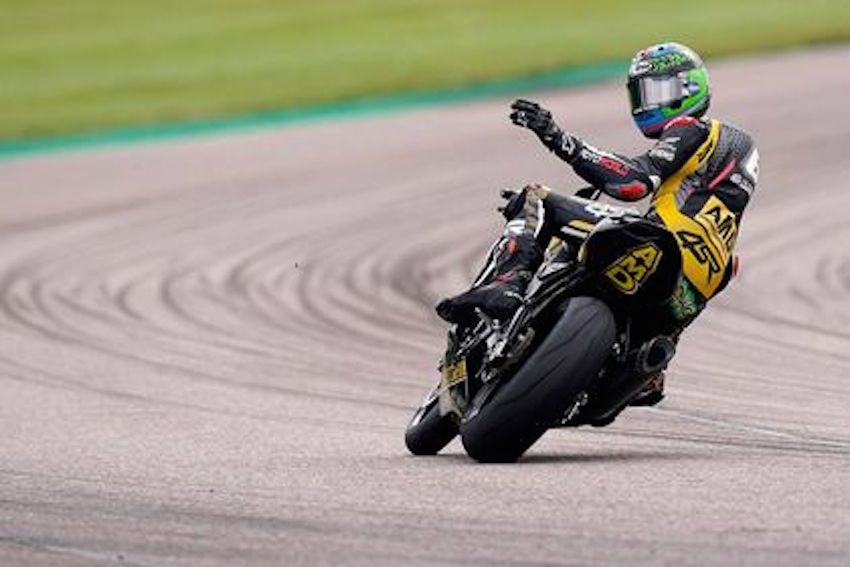 The 21-year old started Sunday’s race, held over 14 laps on this occasion, from the eighth row but a good start once more saw him gain six places on the opening lap.

Once again, it was an incredibly close race with positions frequently changing and although 21st place was again the outcome, good progress was made as he lapped quicker than what he had done all weekend. He was also five seconds closer to the race winner which showed the increase in his pace and the improvements made by Richard and the team over the three days.

Kerr said: “It was my first time here on a big bike and it’s definitely a different track to all the others we go to so it was tricky to get used to but we chipped away and steadily improved our pace.

“I felt stronger in some parts of the circuit in race one than some of the other riders but where I was quicker, it was difficult to pass and I ended up making a mistake and missed a gear, which cost me any chance of points.

“I was slightly further back on the grid for Sunday’s race and although the result was the same, I was a lot happier with the race. We made some changes for morning warm-up which helped and we made a step forward with both the bike and myself.

“The Superstock class and bike are still very new to me so I’m still working things out whilst this was always going to be one of the most difficult meetings but the important thing is that I learnt a lot and improved all weekend.

“The team did a mega job so a big thanks to them and all my sponsors and we’re looking forward now to the next round at Donington, a circuit we know well.”

Fraser Dykes, the team owner said: “It was another circuit we were encountering for the first time and whilst it naturally presented a number of challenges, I feel we got back on track after the crash at the previous round.

“Richard took two solid finishes from difficult grid positions and went forward all the time with the final race seeing his quickest lap time of the weekend.

“The changes made with the bike helped and it was important for Richard to get two full races under his belt. He did exactly that and we’re looking forward to heading back to Doninton where we had a successful test earlier in the year.”

Round five of the series takes place in two weeks’ time at Donington Park, Leicestershire.