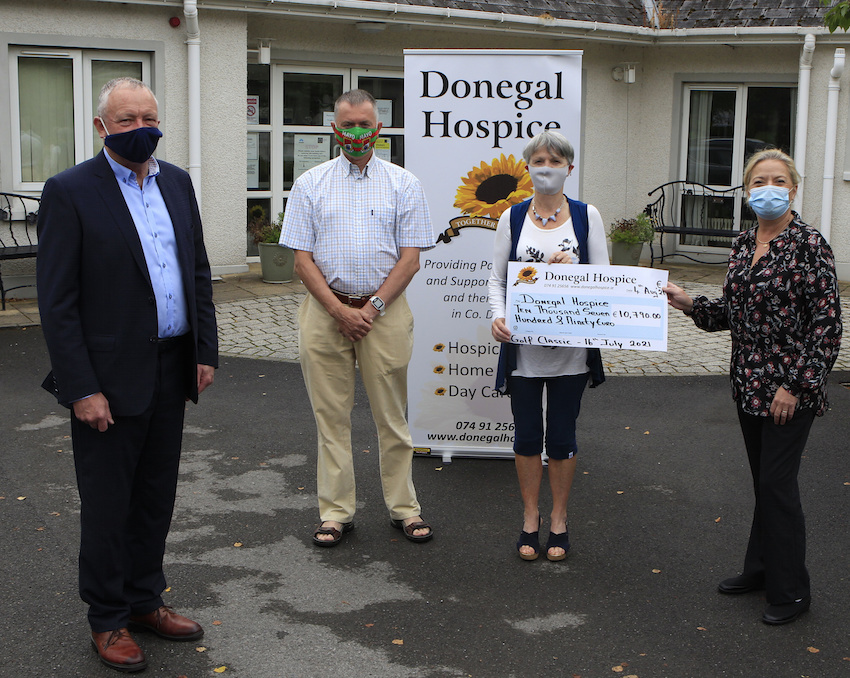 Letterkenny Golf Club swing in behind Hospice with €10,000 donation

Members of Letterkenny Golf Club raised a staggering €10,000 for the Donegal Hospice recently.

The money was raised at a recent Golf Classic in July at the club.

The money was raised in memory of all of the golfing fraternity who have passed away and in recognition of the great work of the staff at the Donegal Hospice.