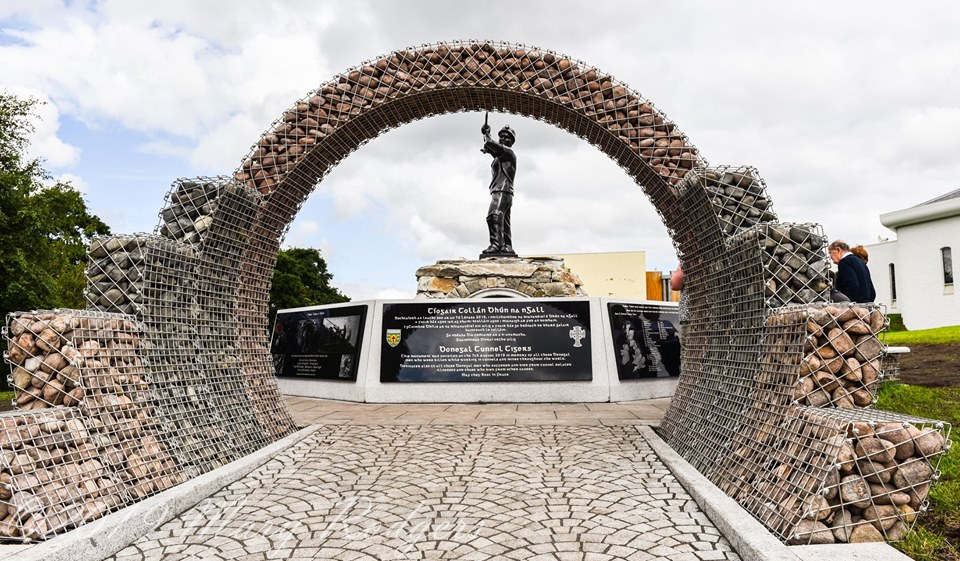 Railway Walk proceeds to be presented to charities in Dungloe tomorrow

The proceeds of the recent Railway Walk will be presented to a number of charities tomorrow in Dungloe.

The cheque presentations will take place at 2pm at The Tunnel Tigers Memorial to mark the second anniversary of its unveiling.

A staggering €14,000 was raised during and after last month’s walk which took place over five days along the old Railway line from Letterkenny to Burtonport and on to Arranmore Island. Back in April, Katrina Boyle also walked 100Km as part of the same fundraising drive.

The charities to benefit include the Kevin Bell Repatriation Trust and ​​The Irish Chaplaincy.

​​The Chaplaincy is an organisation in the UK that supports and visits elderly Irish people that left Ireland years ago. These people now find themselves alone and vulnerable after losing contact with their families, or intending to one day return home and never did.

The Kevin Bell RepatriationTrust who  help to alleviate the financial hardship of bereaved families repatriating the bodies of loved ones who have died abroad  in sudden or tragic circumstances back to Ireland.

Anyone who has yet to make a donation can do so by going to the Railway Walk GoFundMe page.