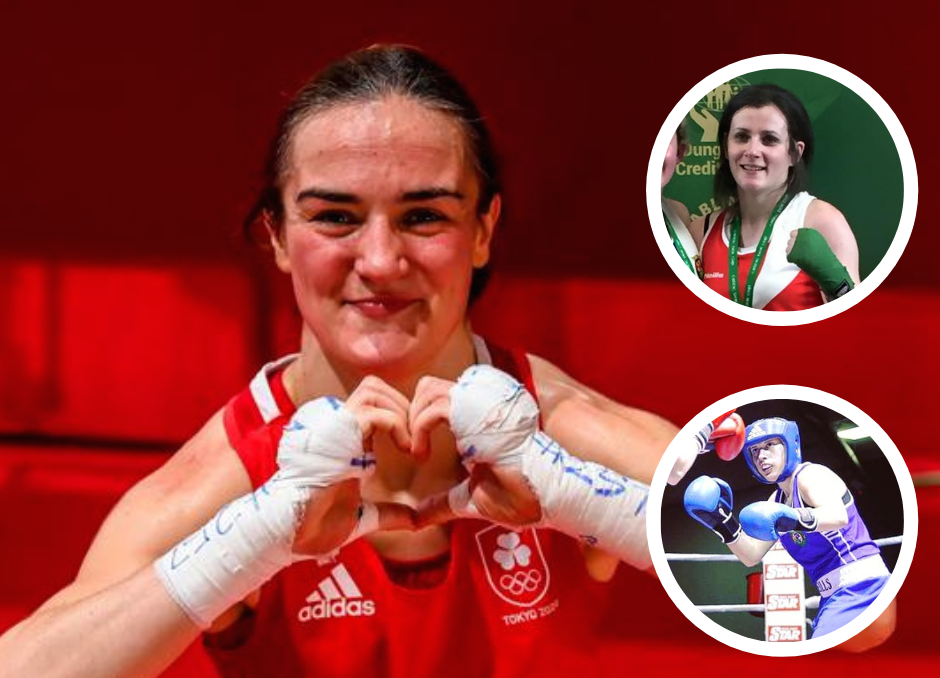 WHEN Kellie Harrington goes for Olympic gold early on Sunday morning in the Kokugikan Arena, the minds of two Donegal-crafted Irish champions will wander to a different time.

The Dubliner is nine minutes from the immortal realm of Olympic gold. She is the eighth Irish boxer to qualify for an Olympic final and looks to follow Michael Carruth and Katie Taylor in having Amhrán na bhFiann ring through the arena.

Harrington lives on Portland Row, not far from Busáras.

Harrington was already a seasoned campaigner in the High Performance Unit and instantly made the new kid on the block welcome.

The offer would come every week, without fail.

“When I first started up there, Kellie offered me to stay in her house the night before training camp started every week,” Barr told Donegal Daily/Donegal Sport Hub. 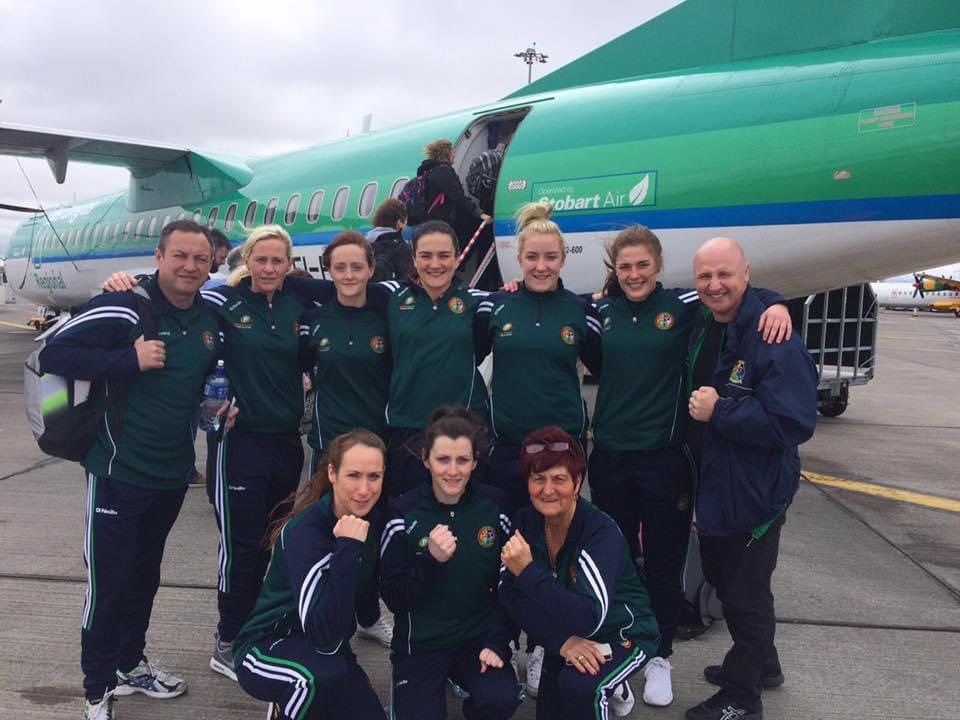 The Irish squad for the 2016 World Championships with Harrington (middle, back) and Donna Barr (middle, front)

“She used to lift me from Busáras. She always offer the place to stay and the lift.

“Kellie is an incredibly driven and dedicated athlete, but on top of that she’s one of boxing’s genuine people.”

Barr was first invited into the High Performance Unit after losing out to Lauren Hogan in Lauren Hogan in the light-flyweight final at the 2019 Irish Elite Championships.

The World Championships were just around the corner in May 2016.

Soon, Barr’s place on the Irish team for Kazakhstan was confirmed.

Barr was beaten by Kim Klavel, the then Twin Towns ABC boxer fighting gamely to the finish, but the unanimous decision In the Baris Arena in Astana went to the Canadian.

Barr was something of an international novice on a team that included Katie Taylor.

She said: “Boxing is an individual sport, but Kellie always looked out for everyone on the team, which made settling in so much easier with genuine people looking out for others.

“She’s so modest in her ability as a boxer and has always remained humble. She genuinely is one of boxing’s good people, always wanting everyone around her to succeed. 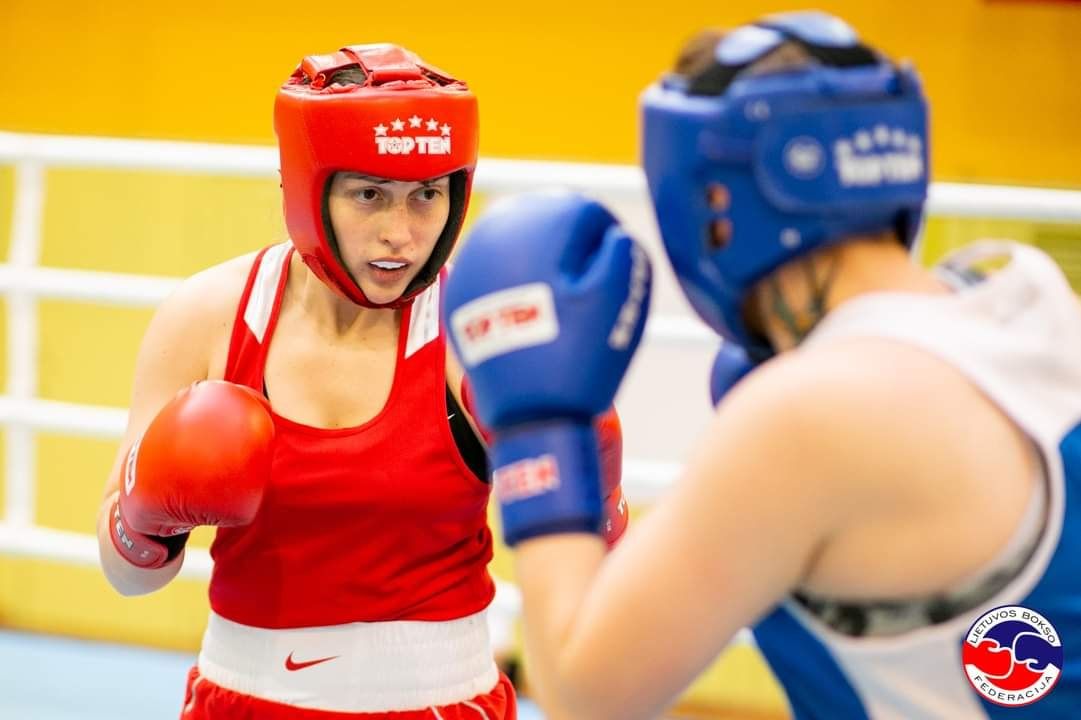 With star turn Taylor, who won a bronze medal at those Championships, leading the charge at lightweight, Harrington was in at light-welter.

Harrington powered all the way to the final, where she was beaten by China’s Yang Wenlu.

On her way to the final, Harrington beat Lithuania’s Austėja Aučiūtė, who won nine Irish titles and a World Junior bronze medal with Finn Valley ABC before returning to Silute in 2015.

In the opening round of the 2016 World Championships, Harrington defeated Aučiūtė 40-36.

“I remember her being a very technical, smart operator,” Aučiūtė, who has added five Lithuanian titles to her sideboard, said.

“Kellie was also very respectful. I was in training with the Ireland squad and Kellie was there. I got a lot of experience and confidence from her. I’m very happy for her now. She deserves all the best.”

Harrington booked her place in the final after a performance of patience to prise a narrow decision against Sudaporn Seesondee.

Harrington said: “Many tried to get there, many don’t have what it takes to succeed because they don’t have the willpower, the determination, the focus, the dedication.

“This is why I am who I am, and why I am here today – because I’m not afraid of failure.”

Harrington faces a huge test in Ferreira, the world’s number 1 ranked lightweight who demolished Mira Potkonen in her semi-final. The Brazilian has yet to have a card scored against her in Tokyo.

Sunday’s final brings together the last two world champions, Harrington winning in New Delhi in 2018 and Ferreira topping the podium at Ulan-Ude in 2019, when Harrington had to miss out through an injury.

Now, though, Harrington is on the biggest stage of all and greatness beckons.

“100 per cent, I think she’ll do it. She has risen to the occasion multiple times before. Tomorrow should be no different.”

Aučiūtė, too, is backing Harrington to do the business. She said: “I think she is at her peak. She will win gold.”