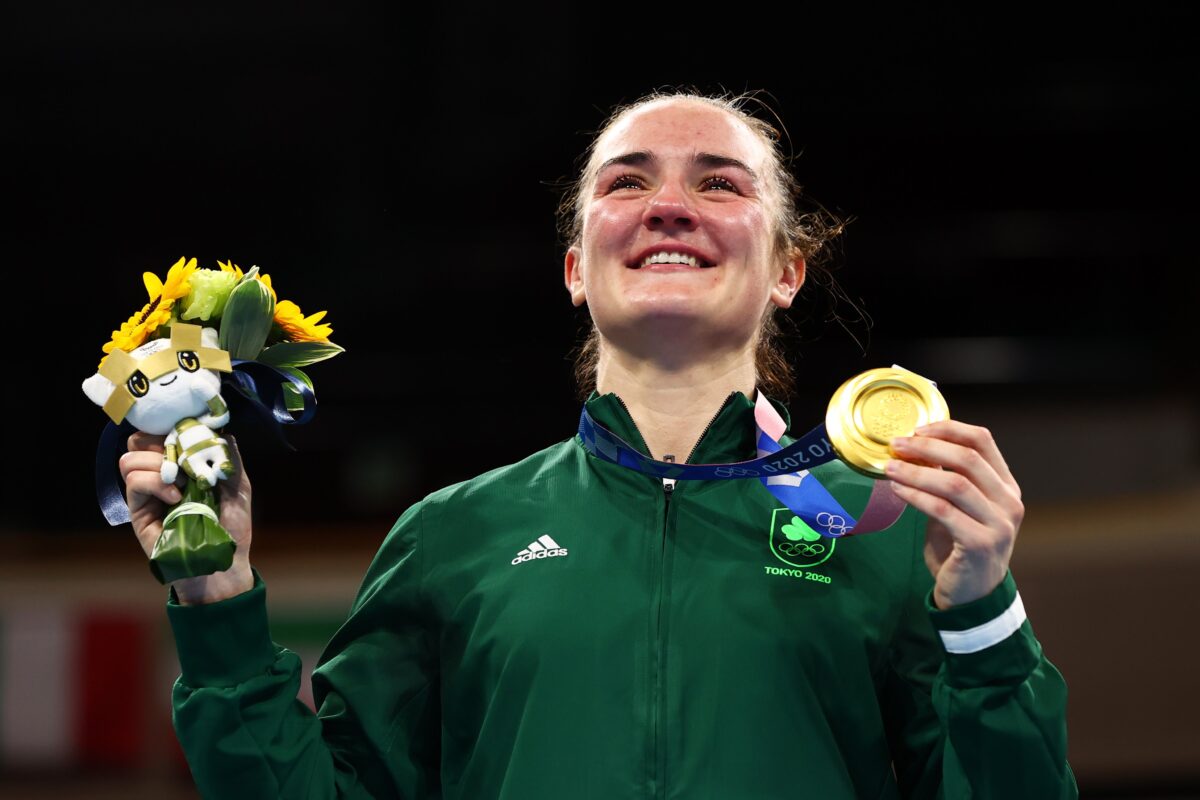 KELLIE Harrington produced one of the greatest ever displays by an Irish boxer to win Olympic gold in Tokyo.

Harrington claimed a unanimous decision over the defending world champion and world number 1 lightweight Beatriz Ferreira at the Kokugikan Arena.

Harrington is now the third Irish boxer to win Olympic gold, following Michael Carruth in 1992 and Katie Taylor in 2012.

Harrington was behind on the cards of three judges after the first round, but the 2018 World champion tipped the scales with a brilliant second round, switching from orthodox to southpaw.

In a clash of styles, Harrington’s footwork forced a growingly-frustrated Ferreira to miss as she launched several missiles in the direction of the Irishwoman. 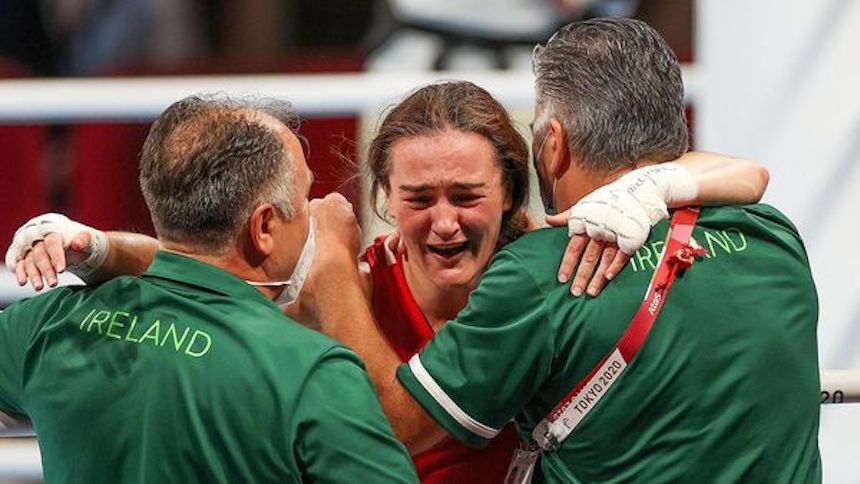 A relaxed, composed and patient Harrington boxed brilliantly from a distance, using the advantage of a bigger reach to get in the key shots.

Harrington booked her place in the final after a performance of patience to prise a narrow decision against Sudaporn Seesondee, while Ferreira demolished Mira Potkonen in her semi.

Until this morning, Ferreira hadn’t been down on the card of any judge in any round in Tokyo and the 28-year-old had lost just once in her previous 40 fights. That, in itself, was an outline of the task facing Harrington.

The tactics employed by Zaur Antia and John Conlan in the red corner proved decisive as Harrington took command of the bout.

In the third round, Ferrira went for broke but, again, Harrington kept her cool and managed to land a lethal left hand to take a clean sweep on the cards.

Irish boxing saw tears at the 2016 Olympic Games as the dreams were torn in Rio.

The tears here were of a different kind: The Golden girl from Portland Row was in floods as she joined the pantheon of the greats.

Inishowen road to close for rest of...