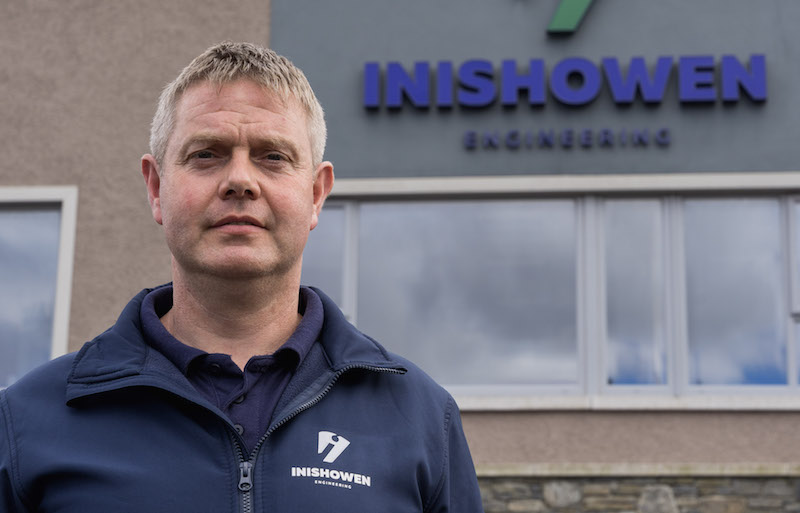 Commitment and dedication of employees behind Inishowen Engineering success

When multinational professional services network, EY announced this year’s finalists for Irish Entrepreneur of the Year, two names stood out to readers from Donegal.

The pair have been described as within a group of “unstoppable entrepreneurs, determined to overcome all obstacles and take brave risks to achieve their goals.”

This is true of Michael, an individual who set up his business in order to work from his homeland of Inishowen, rather than having to leave to do the job he loved and was qualified in.

After completing his apprenticeship as a pipe fitter welder back in the 90s, Michael decided to do his own thing.

“There wasn’t much work back then locally and I wanted to stay in Donegal. Having a strong interest in machinery and engineering I decided to try something different and started Inishowen Engineering from there.”

Specialising in metal fabrication and finishing services to national and international original equipment manufacturers (OEM’S), Michael saw an opportunity to grow the company into offering a full range of services to these OEMs, which brings a product from a concept stage to the finished article:

“We see this as our unique selling point, taking a product from concept through the stages of design, manufacturing, finishing and right through to assembly.” 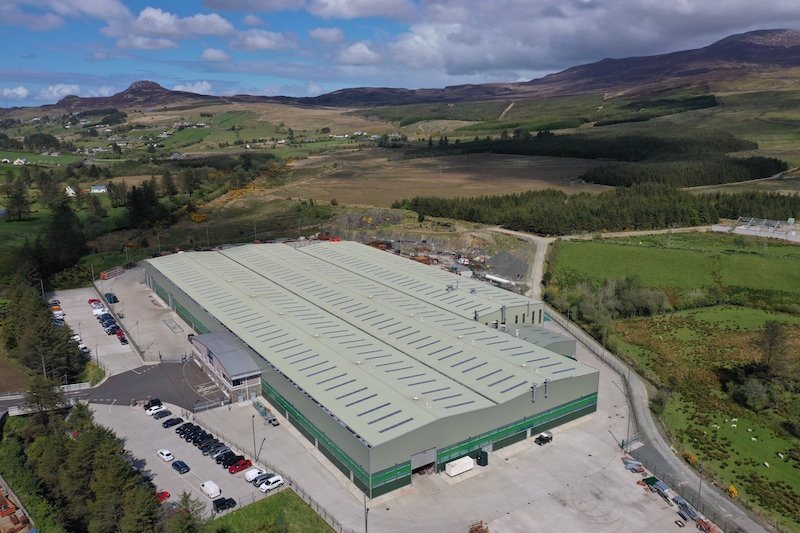 Scaling the company brought its challenges.

Sizable investment led to modernisation in the company’s production line when it purchased Computer Numerical Controlled (CNC) machinery and robotics for the production process.

“There were only a few companies in our sector going down this road at the time and because we were offering these processes and with the improved efficiencies it opened a lot of doors for us,” admits Michael.

From its humble beginnings, Inishowen Engineering growth has led it to become one of the largest employers within the Buncrana area and North Inishowen as a whole.

The company currently employs 130 people and has opened the doors on a new, larger, state of the art premises in 2019 which helps to further streamline their production process.

Michael’s organisation is also part of a dynamic engineering cluster in Donegal and specifically in the greater South Inishowen area which includes among others E&I and Crana Engineering. The sector within South Inishowen alone directly employs in the region of 2,000 people.

Delegation is something that Michael strongly advocates within his business.

When asked what he felt was a common mistake lots of entrepreneurs and leaders make, Michael replies “trying to do everything yourself can be something all bosses tend to do, but we feel delegation is a core element to our businesses success.”

However, Michael also admits there is “no substitute to planning and hard work,” traits all entrepreneurs must have in order to succeed. He adds “Having clear timed goals helps me achieve my objectives, but I also enjoy my work which makes things a lot easier.”

Michael looked back at his achievements and admits surviving the 2008 recession and rebuilding Inishowen Engineering to become a bigger and better business than it was pre-recession as his most important.

“Going from 110 people to 45 in the space of 2 months was a shock to us all. We had to re-invent how we did things, and we adopted a lot of lean principles in manufacturing, which brought us through the hard times.” It’s clear from speaking with Michael he has the undoubted ability to “adapt and overcome” any challenges which come his way.

Michael expects the industry to change massively over the next three years as more companies begin to outsource the manufacturing of their products to new markets. Despite this, there are ambitious expectations moving forward:

“I would like to grow the business by another 20-25% but also broaden our customer base over the next three years”. To continue this trajectory in growth, plans are in place to add a paint line within the new buildings and the intention is there to purchase the newest machinery to wave away the threat of outsourcing and remain competitive.

Speaking about his 130 strong workforce, Michael says that “the level of teamwork and strong and open leaders creates an enjoyable work environment.”

He adds “the best thing about working at Inishowen Engineering is employees gain the opportunity to learn and develop new skills and advance within the business.”

This training is seen as extremely important for the company to grow and nature the employees within the business.