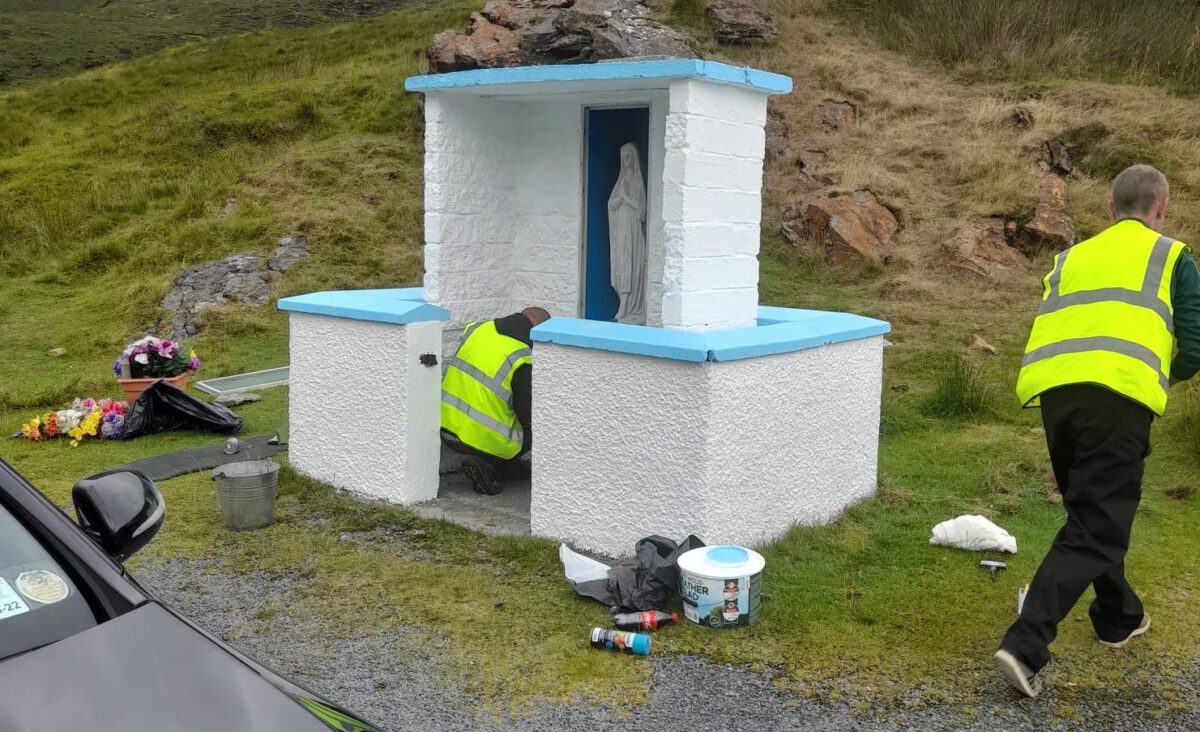 Grotto gets makeover after vandalism attack

The holy grotto at Muckish Gap which was attacked by vandals has been given a fresh makeover.

There was outrage last weekend when graffiti was daubed on the walls of the grotto.

The words ‘End Baby Murder’ and ‘End Penal Laws’ were sprayed on the grotto.

However, members of the Falcarragh Communi5y Employment Scheme have undertaken a complete renovation of the grotto.

Members Charlie Montgomery and Plunkett Byrne carried out the work.

The paint to carry out the renovation was supplied by County Councillor Michael McClafferty.

Head of the CE scheme in Falcarragh, Kevin Barrett, said he was delighted to see the work done and the grotto looking so well. 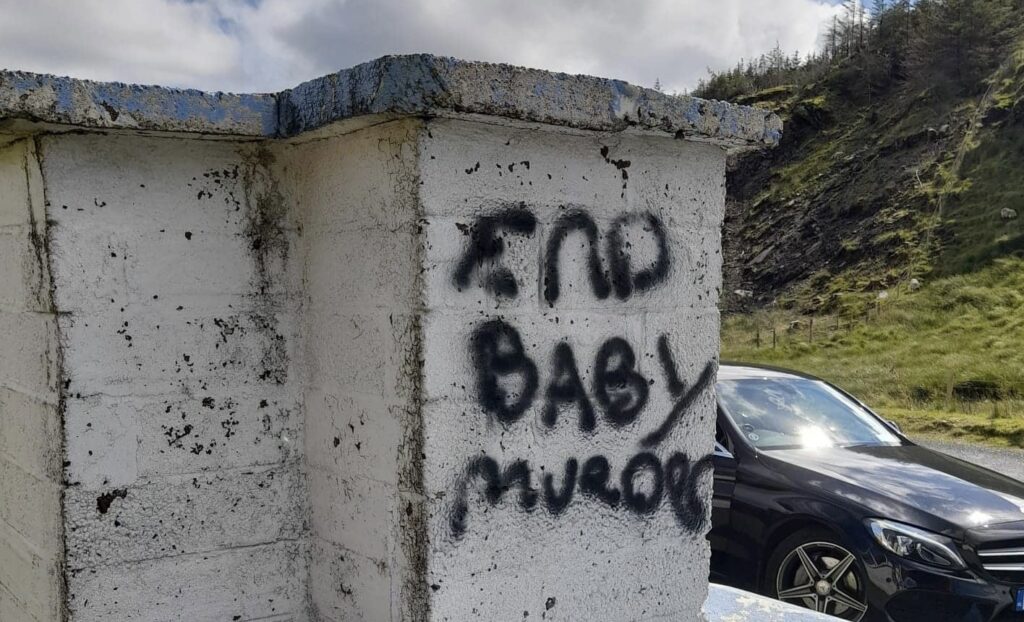 “We were all disappointed and angered when this happened. Whatever your opinion on abortion or whatever, to deface a grotto was not on.

“It was great to get the work done and the grotto is looking really well again.

“I just hope it doesn’t attract any more incidents and I would appeal to people just to leave the grotto alone,” he said.

Gardai have also reissued an appeal for anybody who knows anything about the attack on the grotto to come forward.