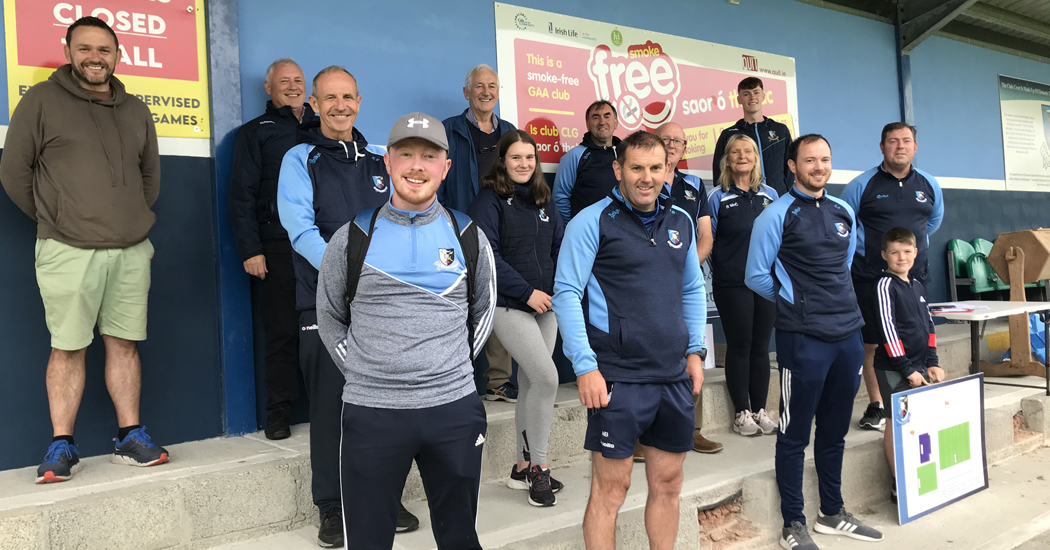 The first draw in the Clg Baile na nGalloglách Club Development Draw took place last Sunday and the winners of the top prize was Milford family Peter and Tracy Peoples.

The club also ran two extra draws to win cash prizes of €500 for any ticket holder who was paid in full and the winners of those draws were Eimer & Orla Grier, Tully Mountain, Ramelton and Gillian Ruggiere, Shore Rd, Ramelton.

Speaking at the first club draw at Moyle Park, chairperson of the club, Aodh McCormack said: “Clg Baile na nGalloglách has been on a journey since 1983 and this club development draw is the next step in that journey. We have invested heavily in our local schools with coach Chippy Barrett to help young people generate a love for sport and Gaelic games. The increase in player participation over the last few years is no doubt due to this great work and we have hundreds of junior players playing for their community, so now is the time to invest in their future. Massive thanks to Donall Barrett who was instrumental in the funding of the placement of the coaching in our schools.”

Aodh added: “This ten-week draw has been a major success and will help us enhance the existing facilities where we will purchase 10-acres of land and build a new indoor hall, create a second pitch and training pitch here at the grounds in Moyle Park.

“There are many people that need to be thanked, but first and foremost, massive thanks to everyone who bought a ticket to help support this draw, especially to those who bought and sold tickets locally, your generosity is supporting future generations right here in our community. Tickets were sold all around the world from Australia and the UAE to the UK, US and New Zealand. I’d also like to thank Ray Community Group and Rathmullan Celtic for the use of their facilities over the years and I’d also like to thank our partners at the park development complex, Milford Football Club and Milford AC, for their continued help and support in getting us where we are today.

“We would also like to add a special word of thanks to five people, Donall Barrett, John F McBride, Brian Sweeney, Breid Mc Meel and Cathal McHugh, who bought and sold multiple tickets outside the county. Lastly, to the committee and sub committees at the club, thanks for all your efforts in making the draw a major success. Best of luck to everyone in the draw.”

There are nine draws remaining in the Clg Baile na nGalloglách Club Development Draw with the next draw taking place on Sunday 15 August. Anyone wishing to purchase a ticket can contact Aodh McCormack on 0878131565.