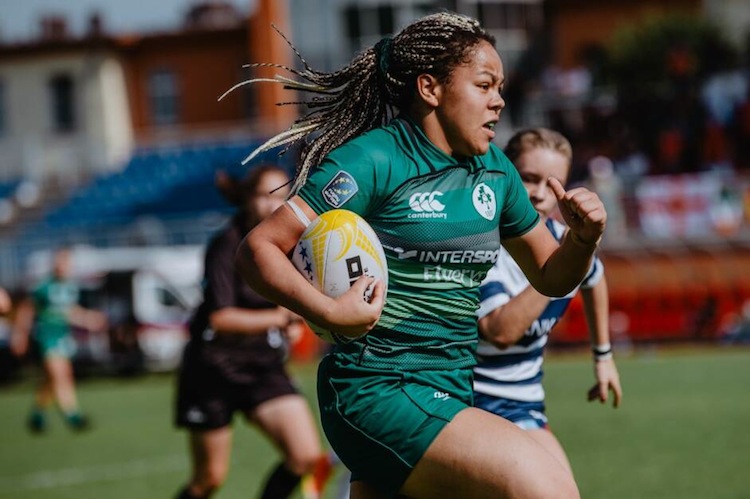 DONEGAL duo Mya Alcorn and Maeve Liston are named in a 27-player Ireland Women’s Sevens squad for the forthcoming 2021/22 season.

Termon woman Alcorn and Ballyshannon native Liston, who are both playing for Blackrock College and Ulster, are included in Anthony Eddy’s squad.

The Ireland squad will return to pre-season training at the IRFU High Performance Centre on Monday as anticipation builds for the return of the HSBC Women’s World Sevens Series.

“It is an extremely exciting time for the Sevens programme and we’re delighted to name a squad with such experience and exciting young talent ahead of the new season,” Eddy commented.

“The Inter-Pro competition later in the year will be another invaluable opportunity for us to discover new talent and I am confident we will find more girls capable of being included in this programme as we continue to build towards the 2024 Paris Olympics. We are always looking for talented athletes that have the ability to compete on the world stage with some of the best female athletes in the world.”

After finishing a heavily disrupted 2020/21 season on an upward curve following positive performances at the International Rugby 7s tournament in St George’s Park and the inaugural IRFU HPC International 7s in Dublin, Ireland can look forward to the new campaign with huge optimism.

The return of the HSBC World Rugby Sevens Series is hotly anticipated, with World Rugby recently confirming the tournament schedule for the remainder of the calendar year. The Women’s Series is due to get underway with the traditional back-to-back legs in Dubai and Cape Town in December.

“It is an important year for the squad, with the World Series returning and qualification for 2022 Rugby World Cup Sevens in Cape Town also on the agenda,” Eddy added. “I know the players and management are relishing the challenges ahead.”