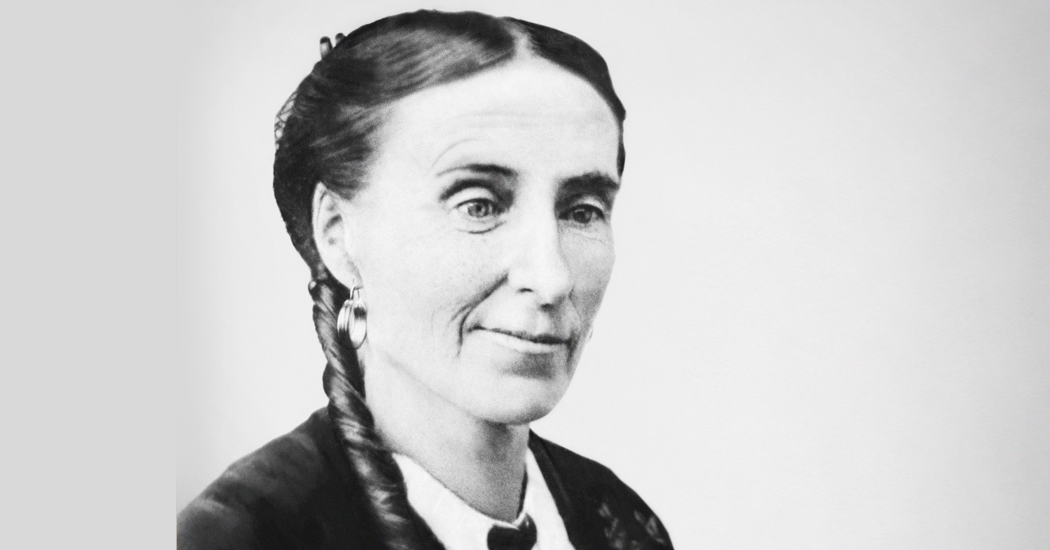 A new literary festival will run in Ballybofey and Stranorlar this year in celebration of ‘The Blind Poetess of Ulster’, Frances Browne.

The inaugural Frances Browne Literary Festival will run from 7th to 9th October in the Twin Towns.

Frances Browne was a renowned author and poet in the 1800s. She was known as The Blind Poetess of Ulster, after losing her sight at 18 months. She grew up on Upper Main Street Stranorlar, where her father Samuel was the local postmaster.

Frances took an interest in words as a girl while she listened to her siblings reading aloud. She became a talented poet at an early age and went on to become a prolific writer in Ireland, Edinburgh and then London. France’s short stories for children – Granny’s Wonderful Chair – was written in 1856.

The newly announced festival has been welcomed by Dr Joe Mulholland, founder of the MacGill Summer School in Glenties who said it was important in various ways.

“I  urge people of the Twin Towns and Finn Valley  to support the festival.   It’s a far better way of getting people to come together, than counting heads in a cross-border poll, talking about uniting territory. It’s hearts and minds you need to unite and we have an example of that in the Finn Valley and East Donegal,” he said.

The Festival features a Multilingual Poetry Competition with €2,000 in competition prizes for poetry in the English, Irish and Ulster Scots Language. The Festival Committee is welcoming entries up to 3rd September 2021.

Due to Covid 19 this year’s festival will be a blend of online and in-person events.

The Ballybofey-Stranorlar area is unique in that it includes large areas where Irish, English, and Ulster- Scots are spoken widely on a daily basis.  Language is culture. Culture is language. If Ireland is to have a peaceful and prosperous future, the national cultures brought together by the Good Friday Agreement must develop models for the truly pluralist, tolerant society we are trying to create. The Finn/Deele Valley in Co. Donegal, where Ballybofey-Stranorlar is located, is becoming widely recognised as a natural pilot project for this pluralist Ireland. The Frances Browne Literary Festival will play a pioneering role in introducing the area as a role model for elsewhere in Ireland.

“Ranging across poetry, prose, music, spoken word, theatre, talks, masterclasses, family events, exhibitions  and workshops for children and teenagers, the  festival is all about encouraging local and international literary talent in Irish, English and Ulster Scots. The Festival’s inspiration is Frances Browne who was, at one time, the best known writer of fairy tales in the British Isles and much of the world,” said a spokesperson for The Frances Browne Festival Committee.

The festival also builds on the publication of Treasure Each Voice by the Fiach Arts Circle.  Edited by Dr Pauline Holland, who is also on the committee, the work includes a section by Frances Browne.  “Frances Browne deserves to be remembered, not just as a poet of exceptional ability, but as a remarkable storyteller.  Despite formidable obstacles posed by geographical isolation,  a modest social background, gender disadvantage and severe disability, she courageously carved out a literary career for herself,” she said.

The Poetry Competition is inviting entries in three categories: English language; Irish language and Ulster-Scots.  The winner in each category will receive a prize of €250 with 2nd and 3rd prize attracting €150 and €100 prizes respectively.  Entries can be made online or by post/ by hand. Full details of the poetry competition are on the Festival website www.francesbrowneliteraryfestival.com  or you can email the committee on info@francesbrowneliteraryfestival to have an entry form sent to you.  Note: the deadline for submissions is midnight on Friday 3rd September 2021.

The festival is funded by Donegal County Council.