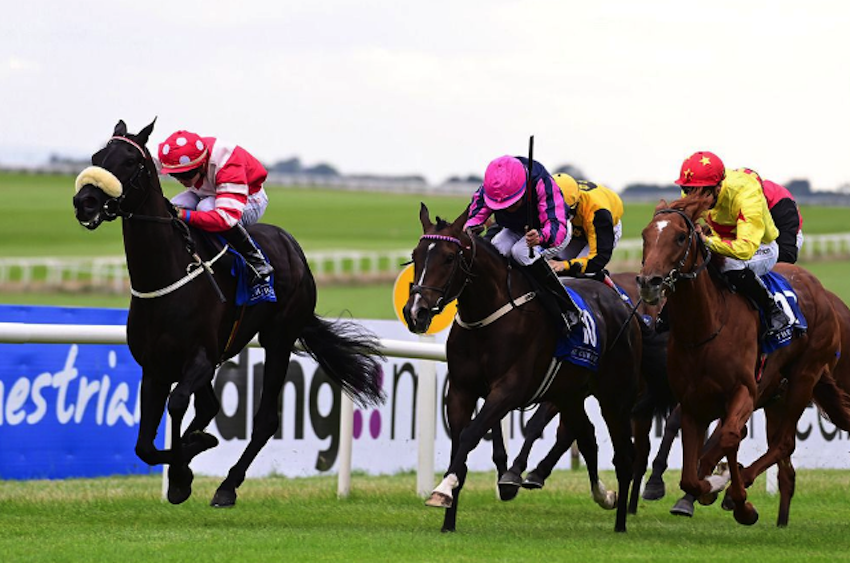 TRAINER Michael Halford says Dylan Browne-McMonagle gave Golden Twilight ‘a peach of a ride’ to win at The Curragh this evening.

Browne-McMonagle guided the 14/1 shot to victory in the DMG Media Maiden.

Three furlongs from home, Browne-McMonagle asked the question and Golden Twilight responded to win by half-a-length.

“He’d a very wide draw and I said to Dylan to go forward as he’s a big, long-striding horse and needs a bit of space. It’s worked out great,” Halford said.

“He’s a big, tall horse and is only starting to strengthen up now. He shows a good attitude, loves the ground and got into a lovely rhythm. Dylan gave him a peach of a ride.”