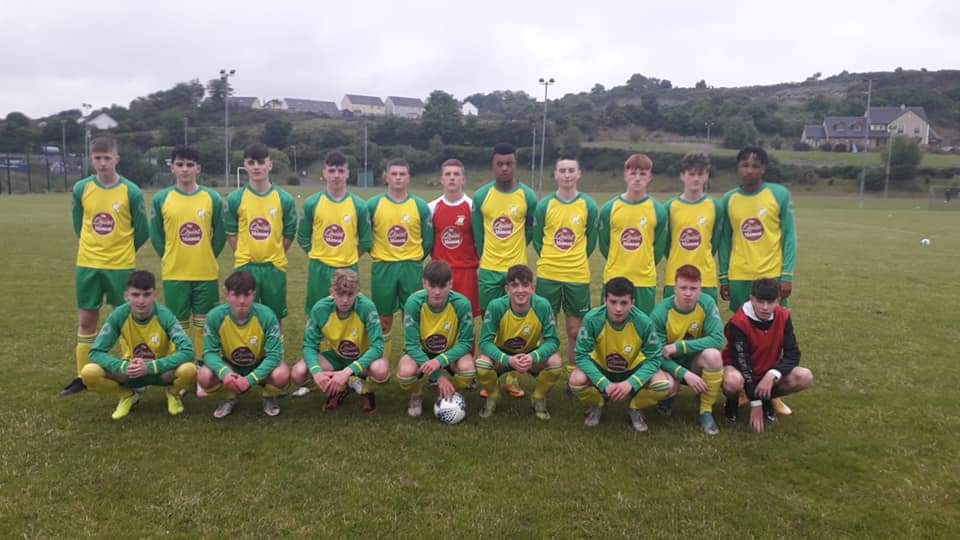 in what was an even enough opening 15 minutes, it was Bonagee who opened the scoring when the in-form Leon Boyce fired home.

For the remainder of the half both sides fought hard but were in no mood to offer any easy chances with Harry Winfield at the heart of the Ballyraine defence in repelling any Bonagee advances.

Ballyraine then levelled matters through sub Brian Desmond when he converted Danny Harkins centre  in an explosive start tot he second half.

Bonagee retook the lead following a corner when Sergey Alcorn was alert to net but Ballyraine levelled once again when Desmond converted form the penalty spot on 62 minutes to make it 2-2.

The game was a fierce encounter and could have gone any way but it was Adam Carr who put Bonagee ahead for the third time through Adam Carr before late goals from Boyce and a well executed James Lenty Gallagher free kick saw Bonagee claim the three points.

Keadue Rovers remain unbeaten in this seasons Youth League as a strong second half display saw them justify favouritism against a stubborn Lagan Harps.

Keadue took the lead just after the hour mark through Michael Molloy but it took them until midway through the second half to double the advantage when their player of the season Oran Fallon scored a fine effort.

Fallon then scored from the spot to make it 3-0 before Lagan enjoyed their best period of the game and deservedly got one back through Dylan Kildea.

Kildea then came close to reducing the arrears even further but the game as put to bed when Daniel Geoghegan netted from the spot late on as Keadue move to within two points of leaders Letterkenny Rovers.

It was a facile win for league leaders Letterkenny Rovers as they swept aside the challenge of Swilly Rovers in a reversed fixture at Leckview Park on Wednesday evening.

Five wins from five for Rovers as five goals in either half saw them claim a comfortable three points.

Ethan Doherty and Nathan Plumb with hattricks in the win with a brace from Jack Dwyer and goals from Adam Yisau and Brandon Ndlovu in the win.

Drumkeen maintained their challenge for this seasons Donegal youth League with a workmanlike display in a 3-0 win at the Letterkenny Community Centre over a dogged Kilmacrennan.

Sam McKnight put Drumkeen ahead on 27 minutes before goals on 58 and 78 from Oran Patterson made it a good three points for Patrick Toye’s side.