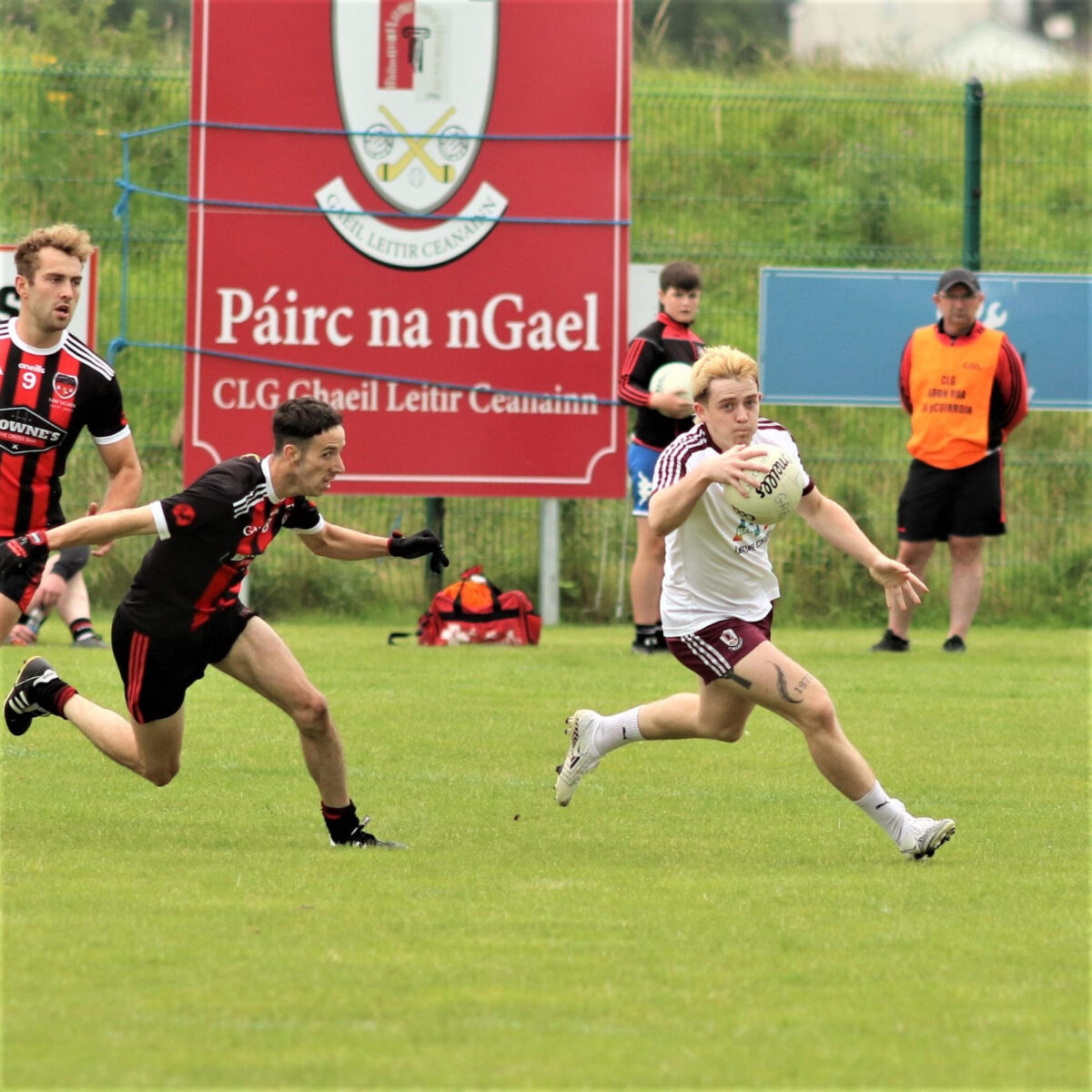 Red Hughs started the better with points from Jack Gillespie and a free from full forward Calvin Bradley in the opening minutes.

A great run from the lively Diarmuid Ó Cathail got the hosts off the mark while the visitors responded with a good score from Colm Melaugh.

In the tenth minute full forward Conor McBrearty fired home the opening goal ripping the net in the process. Veteran Damian Browne responded for the visitors before half back Brian Diver broke through the Red Hughs defence to kick a fine point.

Just after the first water break, Donegal U-20 player Ronan Frain showed his pace as he broke through the opposition to finish to the corner of the net.

Ciaran Kilfeather asking questions of the Red Hughs defence followed up with a fine point. Calvin Bradley kicked another free before the break to leave the half time score 2-3 to 0-5 in favour of the Gaels.

The visitors were first to respond in the second half with an excellent point from corner back Gerard Melaugh. Jack Gillespie added a free on thirty five minutes to reduce the deficit to two points.

Cormac Cannon pointed a free in the 50th minute before Conor Walker got Gaels’ fifth goal after good approach play from McBrearty.

Bradley pointed for the visitors late on before O’Cathail pointed for Gaels to cap a fine team performance.

Gaels go into the final match next week against Four Masters and a win will ensure a playoff for promotion.