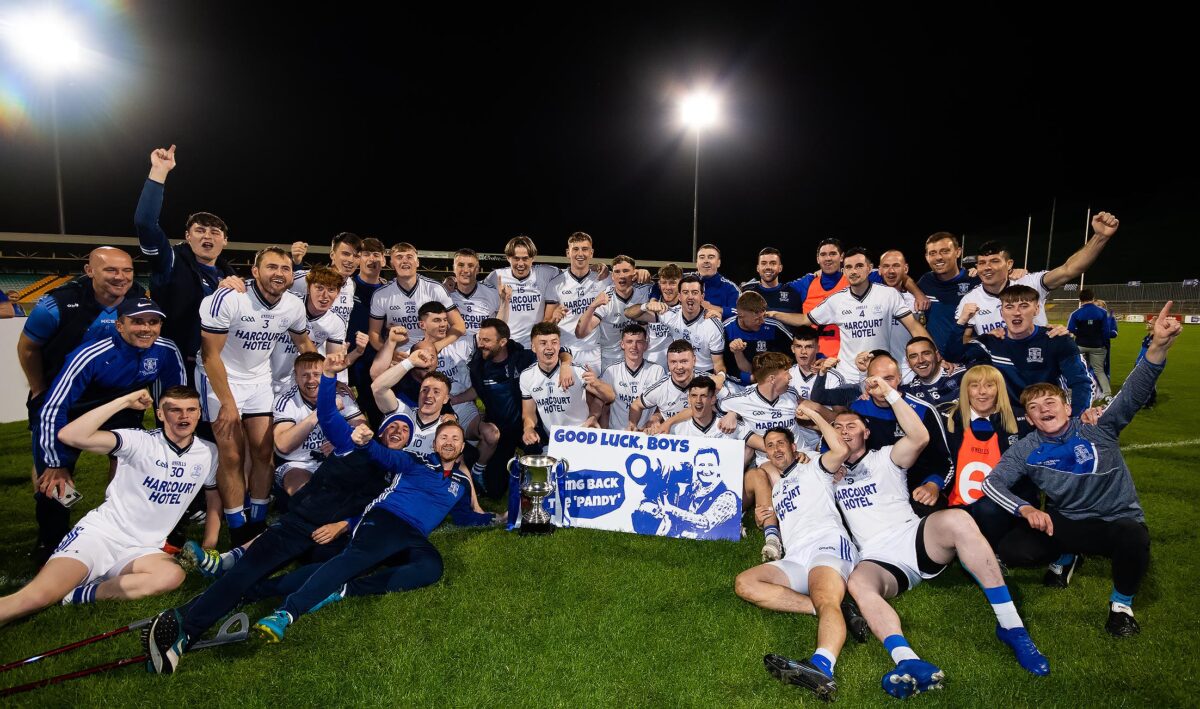 Watch: ‘It means the world to us’ – Ciaran Thompson leads the way

CIARAN Thompson finally drew breath with the clock ticking towards 10.45pm, a sea of blue in front of him.

The Naomh Conaill captain led the way with a Man of the Match performance, scoring 1-5 and then dispatching the winning penalty as his side held off Kilcar to win the 2020 Donegal SFC final.

As well as the Dr Maguire, Thompson also left with the Peadar McGeehin Man of the Match trophy.

“What a way to do it,” Thompson said.

“It means the world to us. We don’t do it easy here in Naomh Conaill. 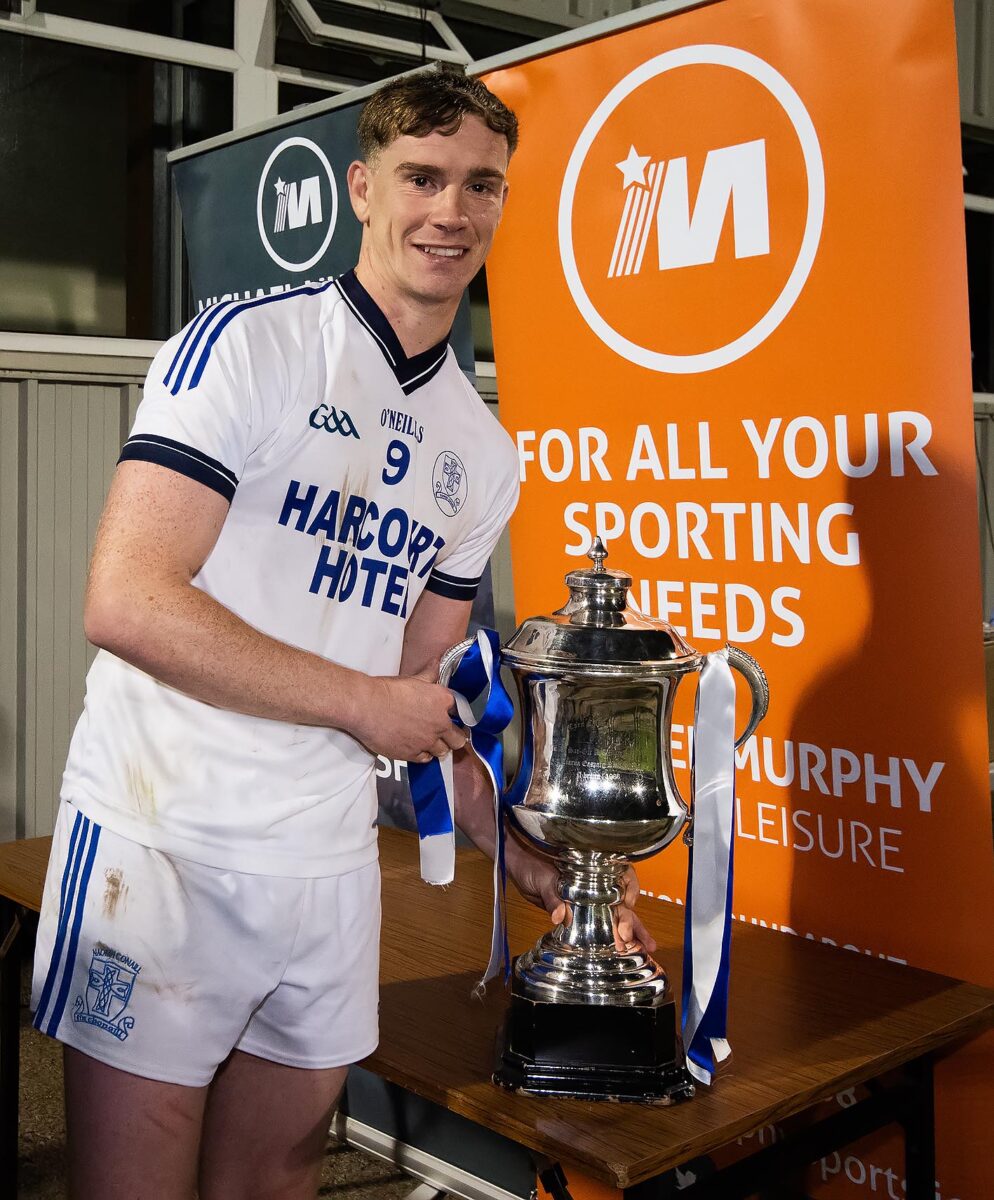 The game had been delayed by eleven months due to Covid-19 with this win, a 4-2 victory on penalties, seeing Naomh Conaill retain the crown they had won in equally dramatic circumstances in October 2019, prevailing after a three-game marathon against Gaoth Dobhair.

Goalkeeper Stephen McGrath saved penalties from Mark McHugh and Ryan McHugh to tee up Thompson for the winning kick.

On the long walk, Thompson said: “Everything was going through my mind, just striking that ball for Naomh Conaill and the community.”