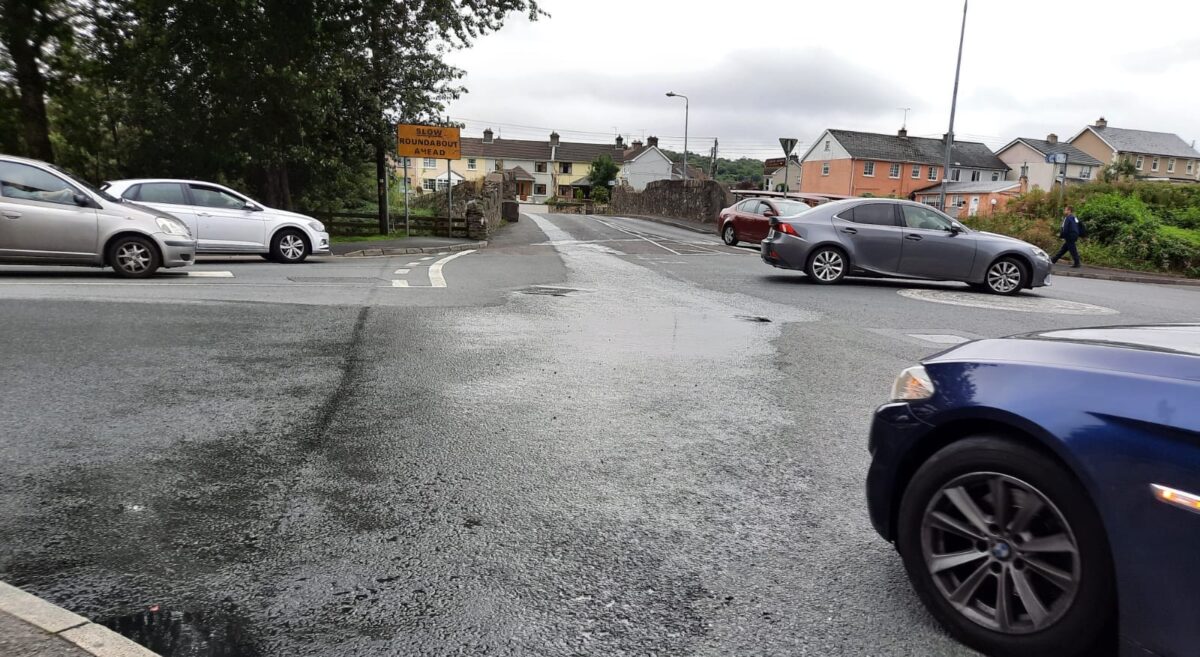 Councillor calls for urgent action on water leak in Letterkenny

There have been calls for immediate repairs on a water leak at the Old Dunnes Roundabout in Letterkenny.

Water has been leaking from the road surface for a number of weeks now.

Cllr Donal ‘Mandy’ Kelly says a solution must be found as soon as possible.

Cllr Kelly is liaising with Donegal County Council to liase with Irish Water on the issue. He has also contacted Irish Water directly, he said.

“This is not good enough outside local businesses,” Cllr Kelly told Donegal Daily.

“Whether it’s a burst or a bad connection, it needs to be resolved.”

“You just have to look at the recent heavy rain and flooding at Lower Main Street to see how bad the situation can get.”

It comes as Irish Water plans to introduce new national water rates on businesses, which could raise charges by 100%.

With businesses facing an increase in water bills, which Cllr Kelly has stated is “ridiculous”, it is “adding more fuel to the fire”, he said.

“Now the road is torn up with problems again,” Cllr Kelly said.

“I am calling on Irish Water to address the water leakage now before any business suffers from this.”