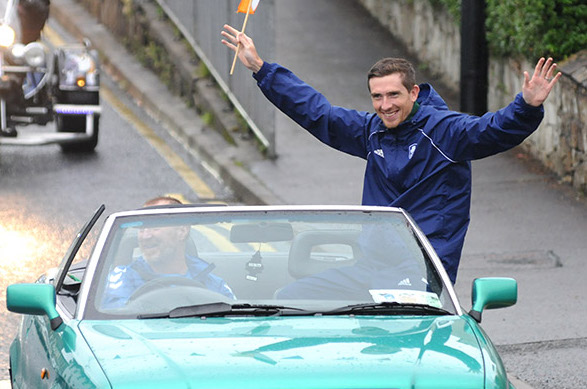 Brendan Boyce returned to his native Milford a hero tonight after his heroic performance at the Tokyo Olympics.

He may not have had a medal around his neck but the people of his hometown and across Donegal knew Brendan had given it his all.

He may have finished in tenth place but for the crowd that turned out in the rain in Milford, Brendan was always going to be their number one.

He was escorted from Ramelton in a calvalcade led by Chris’ Hairy Bikers.

Driven in an open top car by Tony McCarry which is owned by John Og Friel, Kerrykeel he was met by Cllrs Ian McGarvey and Liam Blaney.

Declan Meehan of the Milford IRD were there as was Patsy McGonagle Finn Valley AC.

Michael Galvin, chairman Donegal Athletics Board said that we have always been inspired by sport.

He spoke directly to Minister Jack Chambers asking him to support to our elite athletes saying “Show me the money and lets get medals in three years time in Paris.”

Brendan thanked everyone for coming along and he remembered the late Hugo Duggan who he started to train with as a 6 year old in Milford and whose mindset set me up in my whole athletics career.

Hugo’s wife Bried and sons Karol and Hugo were present.

Also there was Jason Black and Fiona Temple, principal of Mulroy College Milford where Brendan received his secondary education. 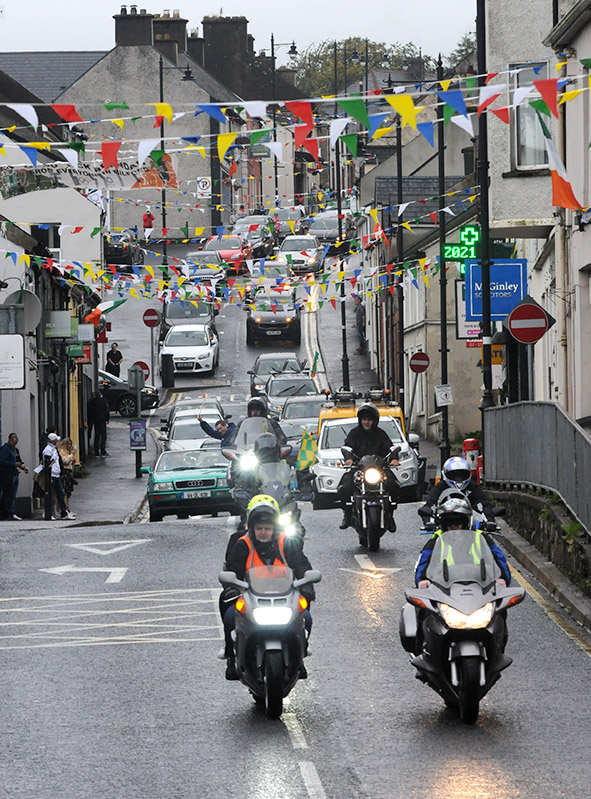 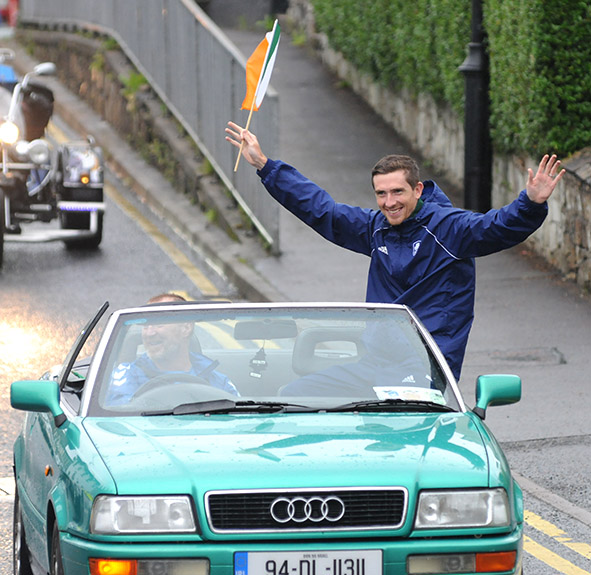 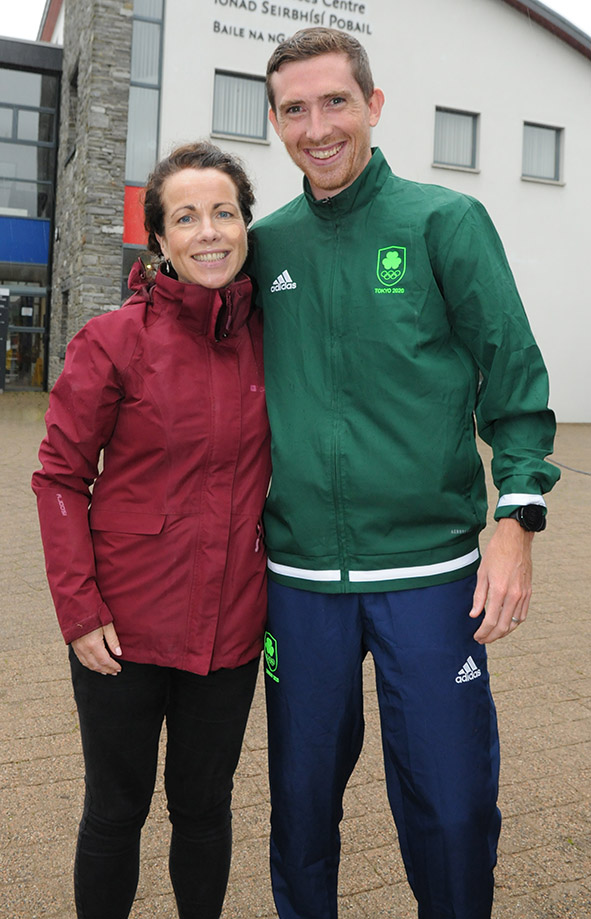 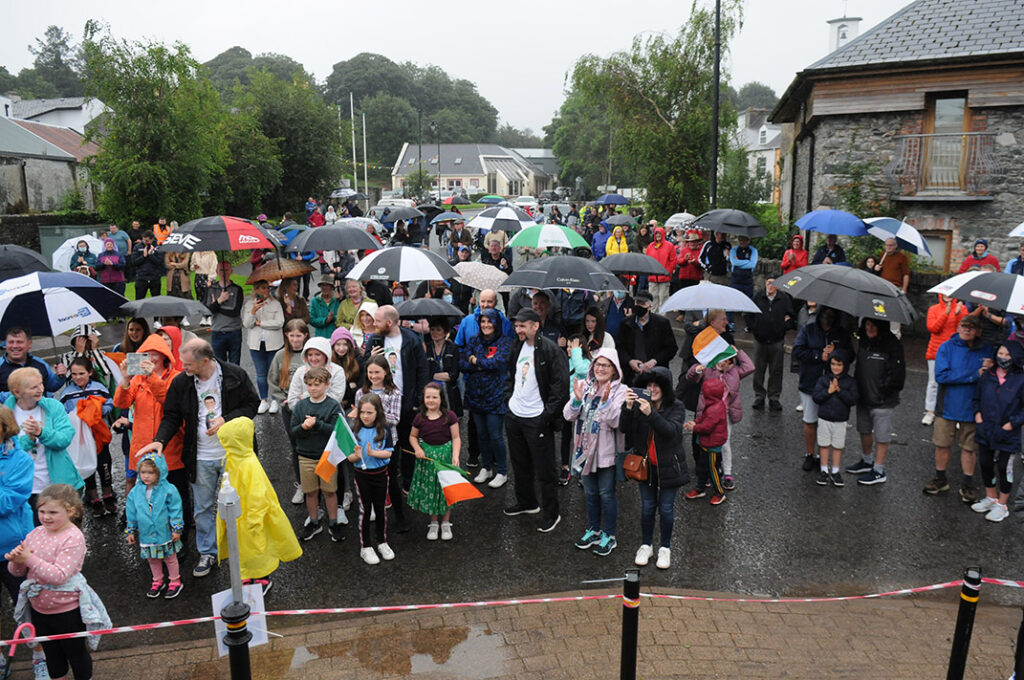 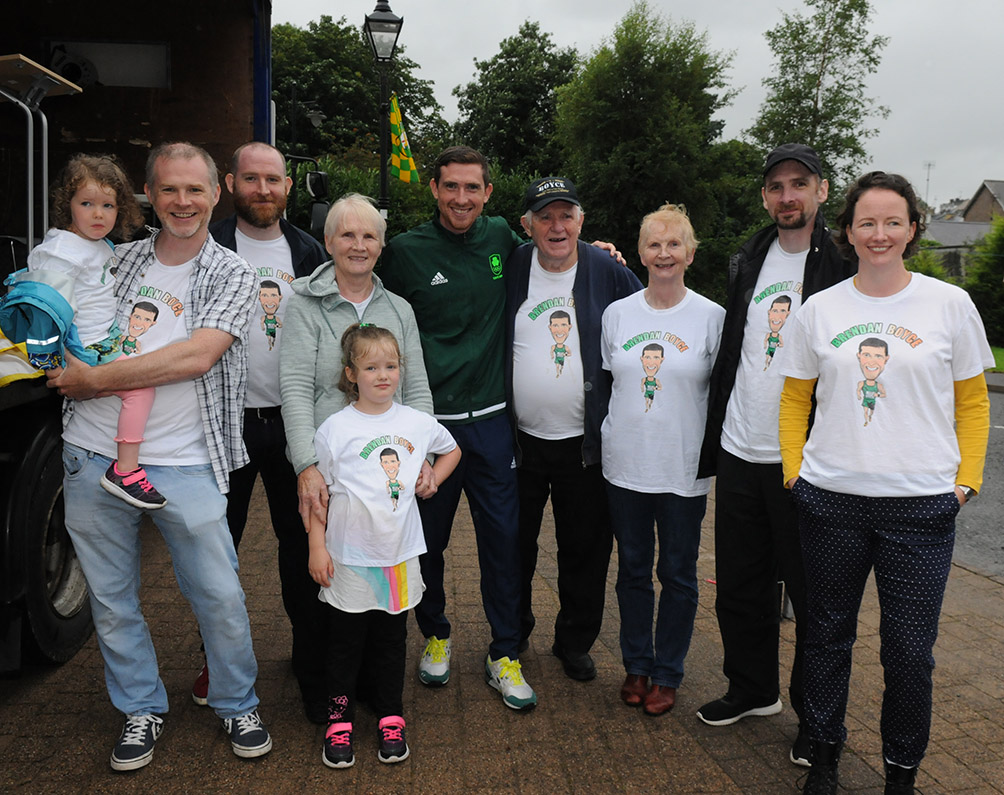 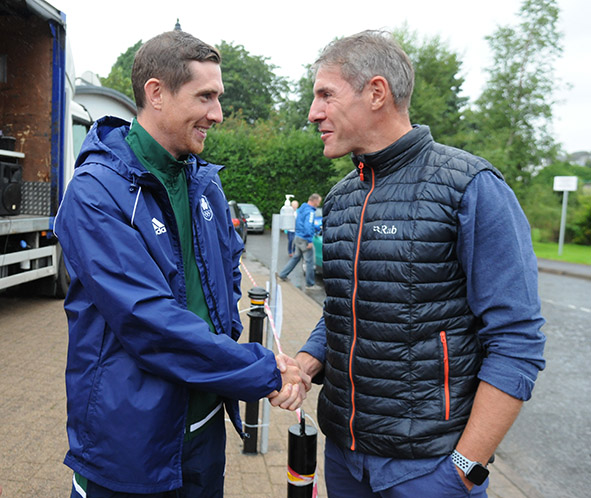 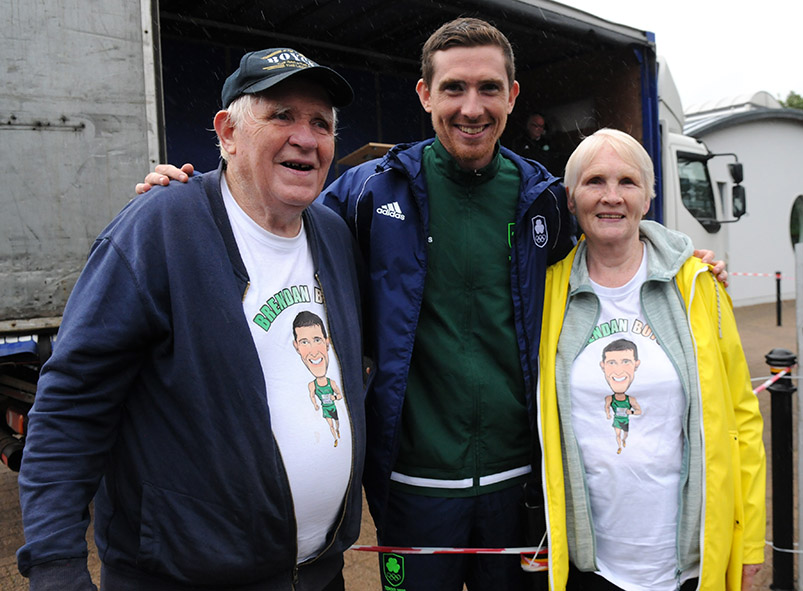 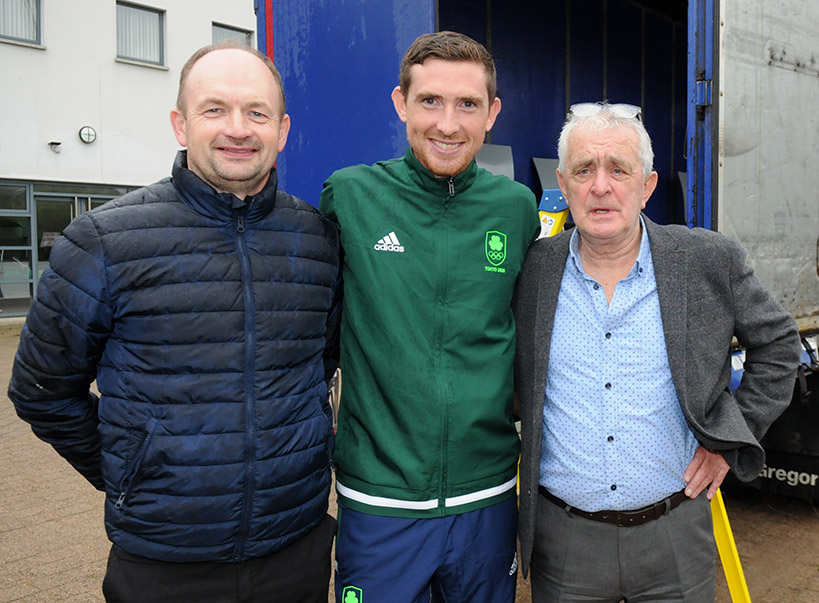