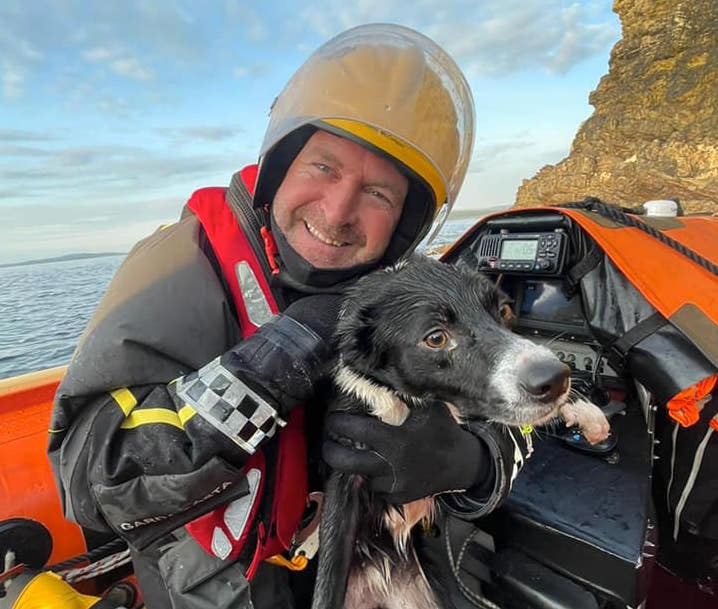 A sheepdog fell a staggering 180 feet down a cliff in Co Donegal but survived after a heroic rescue.

June the sheepdog was rounding up sheep at around 6.30pm on Saturday evening with her owner Pauric Doherty near cliffs at Pollan Bay, Ballyliffen on the Inishowen Peninsula.

June made a wide pass and went too far and fell more than 60 metres off the cliff and into the sea below.

Pauric could hear the dog barking but was unable to get to her.

When the Greencastle team arrived on scene at Pollan beach they launched their 4.5m D Class inflatable rescue boat and traveled approximately 1km to where Pauric was standing on the top of the cliff.

He guided the boat crew to where the dog was barking and the boat team got as close to the rocky gully as they could. 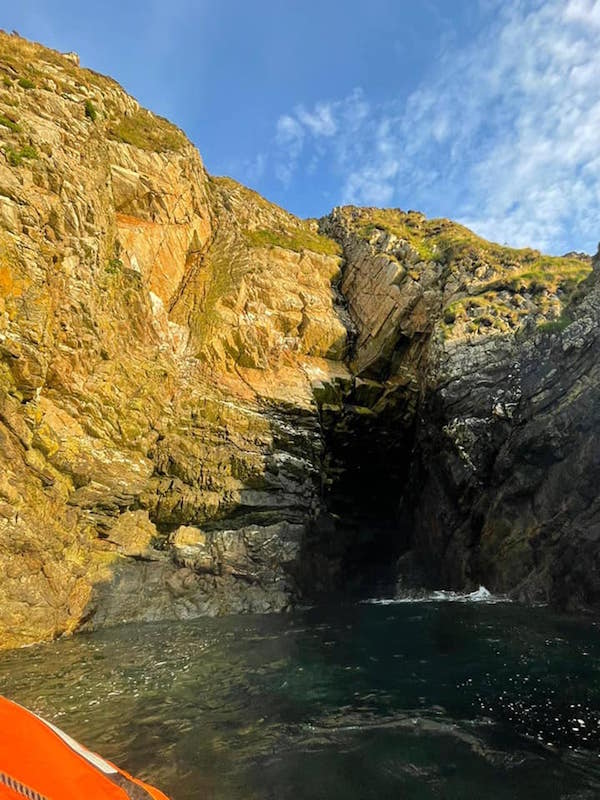 Crew member Kevin Barr risked his own personal safety and swam in to where the dog was perched on a rocky ledge.

Kevin managed to lift the terrified stranded collie into his arms and the two were pulled back to the boat by the other crew.

A spokesperson for the lifeboat crew said “June was unharmed and was delighted to get the boat ride to be reunited with her owner on the beach. It was a lucky escape after such a huge fall.

“We would like to thank Pauric and his family for making the correct decision in calling Malin Head Coast Guard to ask for assistance.” 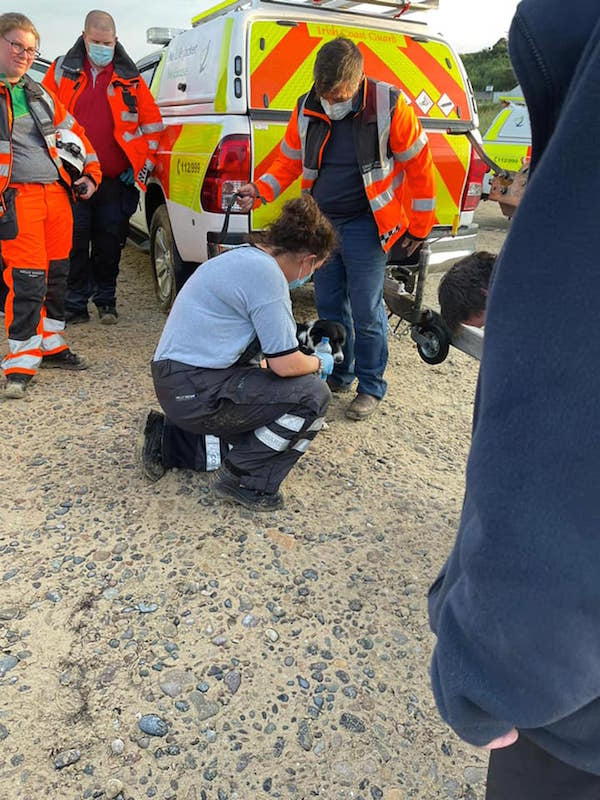