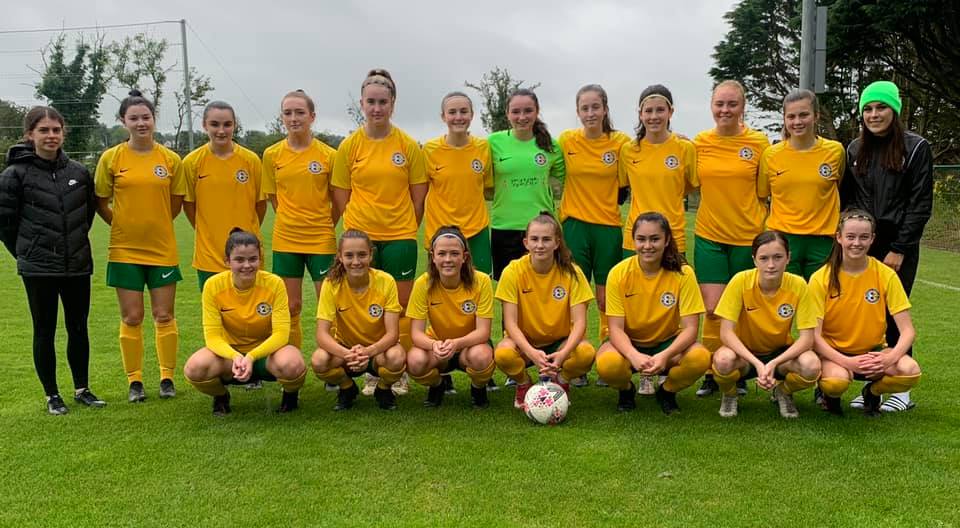 DONEGAL Women’s League came from two down to defeat Shamrock Rovers in a stunning WNL U17 game on Saturday at The Diamond Park.

Shamrock Rovers had come from a winning streak of 15 games unbeaten in two years with Donegal the only team earlier this year to take points from them when they saw out a 1-1 draw in Roadstone.

The visitors showed their quality early in the game moving the ball crispy around the pitch, the Donegal girls kept their composure covering the variety of runs and it wasn’t long before Shamrock Rovers were one ahead.

In the 14th minute, Maria Reynolds sent a diagonal pass onto the advancing run of Ava Cullen whose shot was saved by Leah McLoughlin. The rebound fell to Toni Ceon and once again Leah made another save, but unfortunately the rebound fell to Rebecca McMahon who tapped into the net from six yards.

Shamrock Rovers were rewarded a free after a tackle on Orlaith O’Mahoney, up stepped Anna Casey who fired high, with McLaughlin getting fingertips to the ball but unable to keep it out of the net.

Donegal pulled a goal back when Emma Doherty rounded the goalkeeper to fire into the bottom corner just before half-time.

Following the break the Donegal girls came out focused and had the belief that they could get something out this game.

The trio in the centre – Erin Doherty, Keri Loughrey and Erika Gallagher – pressed forward more resulting in Shamrock Rovers resorting to a long ball from defence to forwards. The Donegal defence of Lucy Canning, Shania McMonagle, Darcey Kelly and Emily Irwin had the confidence to deal with the advancing runs preventing the forwards getting on the ball.

In the 54th minute, Erin Doherty’s diagonal ball out right found Erika Gallagher and her pin-point cross to the advancing Jodie Loughrey was headed into the net.

Ten minutes from the end, Keri Loughrey was upended in the box and Emma Doherty stepped forward to score the penalty.

Backs to the walls, the girls showed their determination to hold onto the slender lead, and delighted to hear the final whistle.