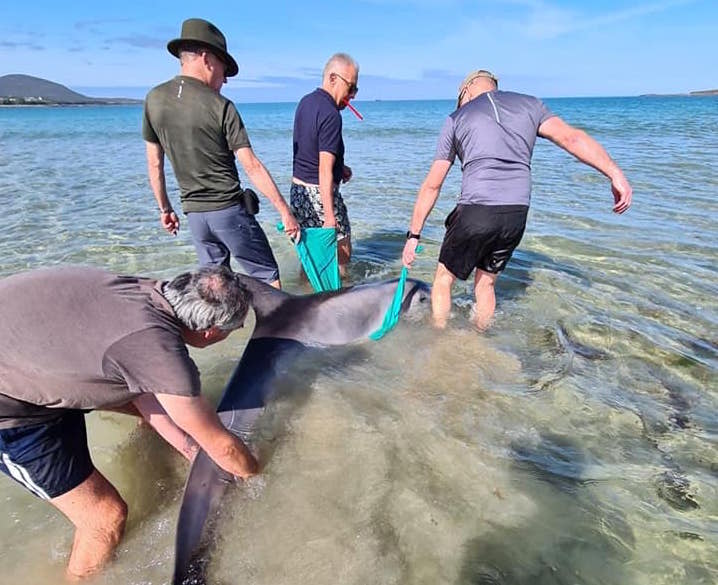 A group of holidaymakers have come to the rescue of a stranded young dolphin on Magheraroarty beach.

The Risso Dolphin calf found itself stranded earlier this week.

Thankfully there was a group of holidaymakers nearby who rushed to its aid.

The rescuers covered the dolphin in wet seaweed and also used towels to make sure the stranded animal did not become blistered while out of the water.

The group managed to keep the dolphin hydrated and cool before bringing it back to deeper waters and allowing it to return to the sea. 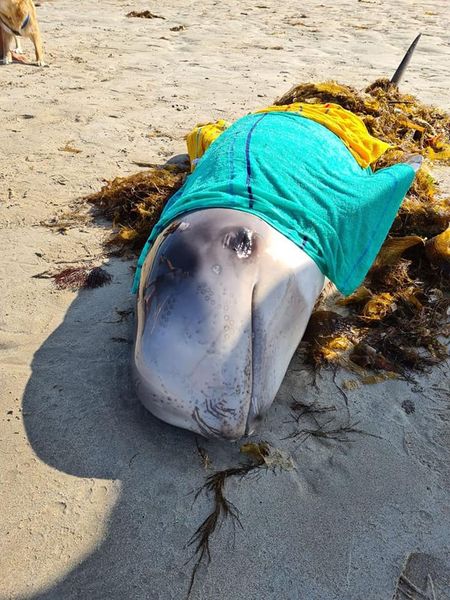 The group, which included Tina Crean, Mervin and Adam Davidson, Ray and Dawn Gill and two other men, were praised by the Donegal branch of the Irish Whale and Dolphin Group.

A spokesperson said “The quick actions of the holiday makers and the general public helped the calf back to the sea.

“This prevented unnecessary blistering and suffering out of water.”

The spokesperson added “If you do come across a live stranding in this area please contact us, 0862223328 we will do our level best to give the mammal a chance. 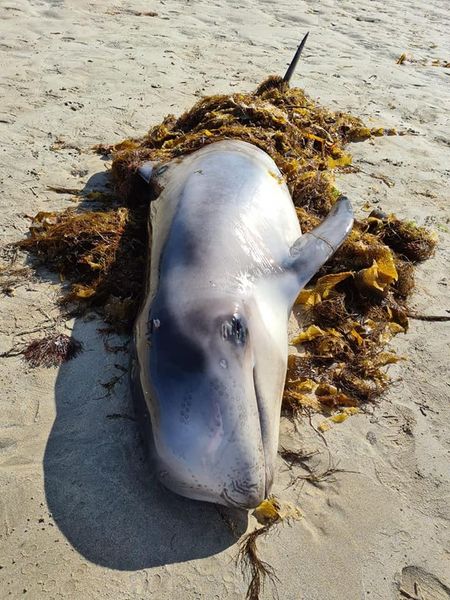