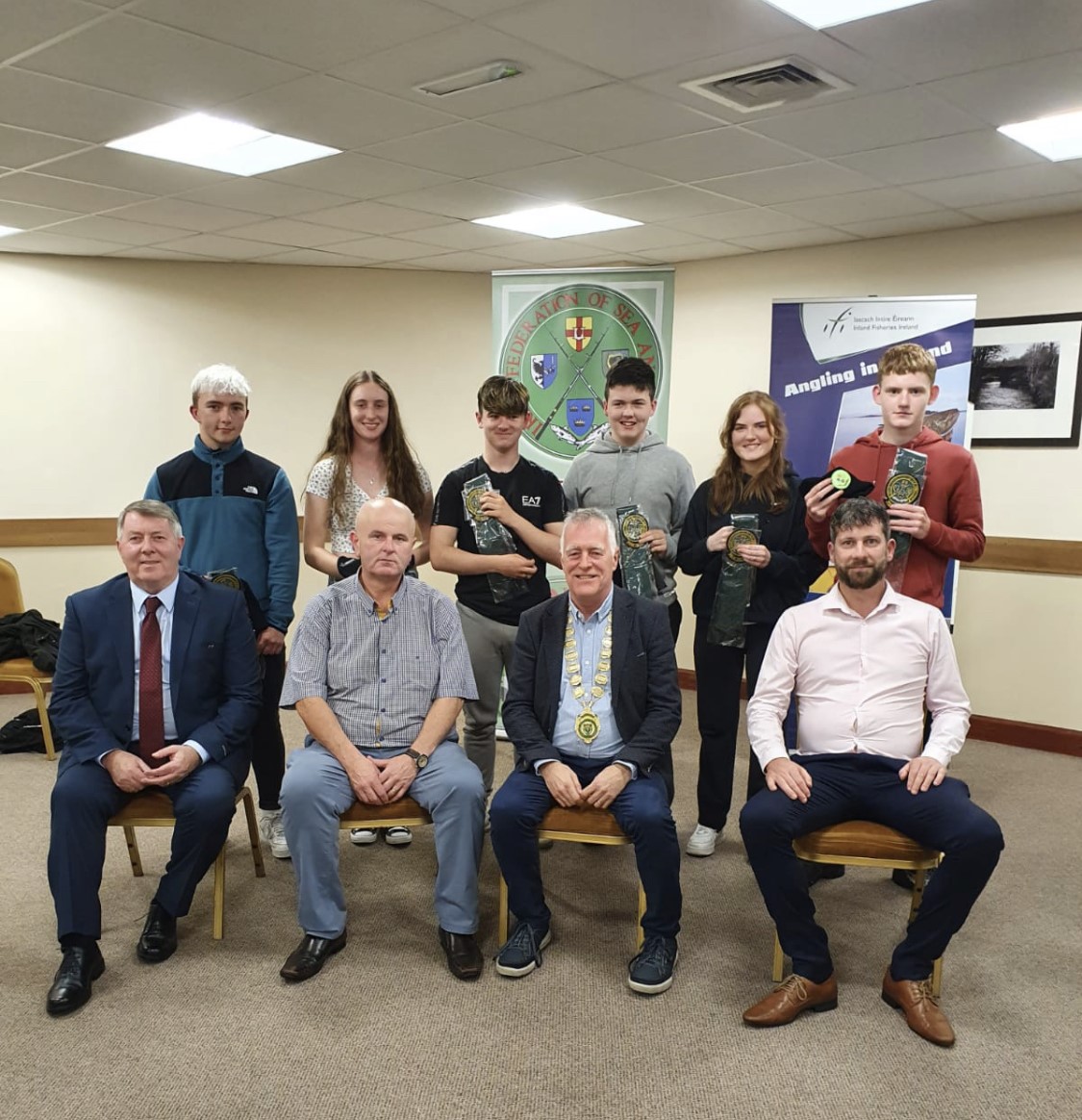 THE All-Ireland Junior Angling Championships, hosted by the Lough Swilly Junior Angling Club in Rathmullan at the weekend, have been described as an overwhelming success.

Lough Swilly Junior Angling Club Chairman, Charlie Devlin, said the event had raised the profile of the sport in the North West, while also helping the local economy.

“Almost 30 anglers took part in national championships for the under-16 and under-21 categories,” he said.

“We had anglers competing from all four provinces and from the host club’s point of view, the championships couldn’t have gone any better – they were an overwhelming success.

“Four of the six anglers selected for the Irish team to compete in the World Junior Angling Championships in Portugal in 2022 are from the Lough Swilly Junior Angling Club, with the other two being from Munster.

“We got so much positive feedback from visiting anglers and their parents – from the value for money at the Station House Hotel in Letterkenny which was the event’s headquarters, to the breathtaking scenery around Knockalla and Fanad Head.

“A lot of the visitors had never been to Donegal before, but many have already planned a return trip which is a great vote of confidence in the county. There is also a strong possibility that Rathmullan will be selected to host the prestigious Findlater Cup at some stage in the future.”

The Lough Swilly Junior Angling Club Chairman was high in his praise for his own club members and those who officiated at the event.

He said: “We started preparations for these championships back in February. Because of Covid-19 restrictions, a lot more detailed planning was needed to ensure we were in a position to hold a safe event when the date finally came around.

“Great credit is due to our hard-working committee, while the Irish Federation of Sea Anglers also played their part. We extend our thanks to national youth officer Joe Byrne, his assistant John Marshall, trophy officer Joe Brimeny, logistics officer Niki Foley and national recorders Pat Shortt and Mark Shortt for their help and expertise.

“Thankfully, the weather was kind to us over the weekend. After almost 18 months on from the start of the pandemic, it was both an honour and a privilege for Lough Swilly Junior Angling Club to be able to host such a successful event.”

Mr Devlin expressed the hope that more high-profile competitions will be held in Rathmullan in the future.