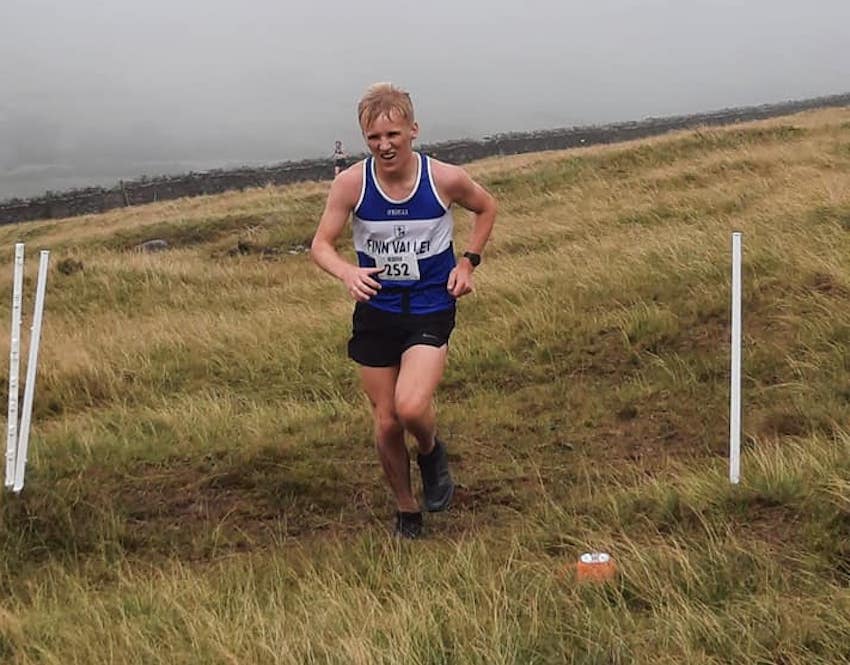 SIX Finn Valley AC athletes have been selected to compete at the British and Irish Mountain Running Championships.

The announcement follows a successful weekend at the Nimra Juniors British and Irish Mountain Running Trials in County Down.

Picture: Diarmait Keogh in action in County Down

The British and Irish Mountain Running Championships take place in Down on September 4.

At the weekend McCarroll won the Under-17 girls race and finished fourth overall.

Bose was the Under-20 girls winner with Bradley in second while Toye and Keogh were second and third in the Under-20 boys race, which was won by Tom Crudgington from Newcastle Athletics Club