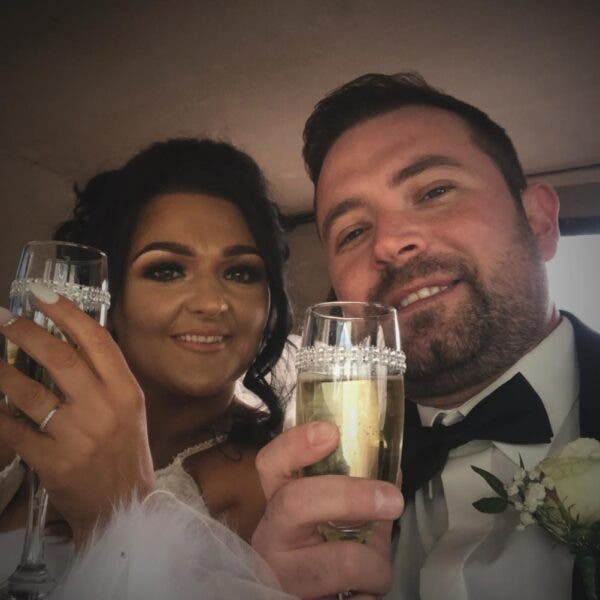 The husband of a Derry woman who died with Covid-19 after giving birth to their daughter has urged anyone who is unsure about receiving a vaccine to get the jab.

Josh Willis said his wife Samantha, who died last week after baby Eviegrace was delivered, initially had mild symptoms of the disease but later began to experience severe breathlessness.

After her oxygen levels were checked by her GP, she was admitted to hospital where she gave birth and, despite initially responding well to treatment, later died.

At the beginning of August, the couple’s four-year-old daughter Lilyanna had tested negative twice for the virus. However, Josh and Samantha tested positive.

“I was double vaccinated and I lost my taste and smell and that’s bad in itself when you’re hungry and trying to eat and everything tastes the same, but in the grand scheme of things I would take that the rest of my life, get Samantha back.’

At the time the advice was that pregnant women should not get the vaccine, so Samantha did not get it, even though her job as a carer meant she was eligible to receive it.

The couple decided that she would get vaccinated once the baby was delivered because she was “so close to the end” and just eight weeks away from her due date.

“Today is actually Eviegrace’s due date”, he said.

In addition, he said, they had already made it through a year of the pandemic and they were “doing everything right” and staying safe.

He said that Samantha finished work at 28 weeks and the family was not seeing many people and were staying home and staying safe.

“We thought it wouldn’t make any difference, but it made the worst difference,” he said.

“Standing at the graveside on Monday, I could nearly hear her telling me – that’s it, we can’t change anything. Move on and sort the children out”

He said he was not allowed to visit Samantha while she was on the Covid ward but that they were in constant communication.

He said that he learnt Samantha had told her mother she had been afraid that she would die at one point, but he never knew this.

Read the full report on RTE.ie