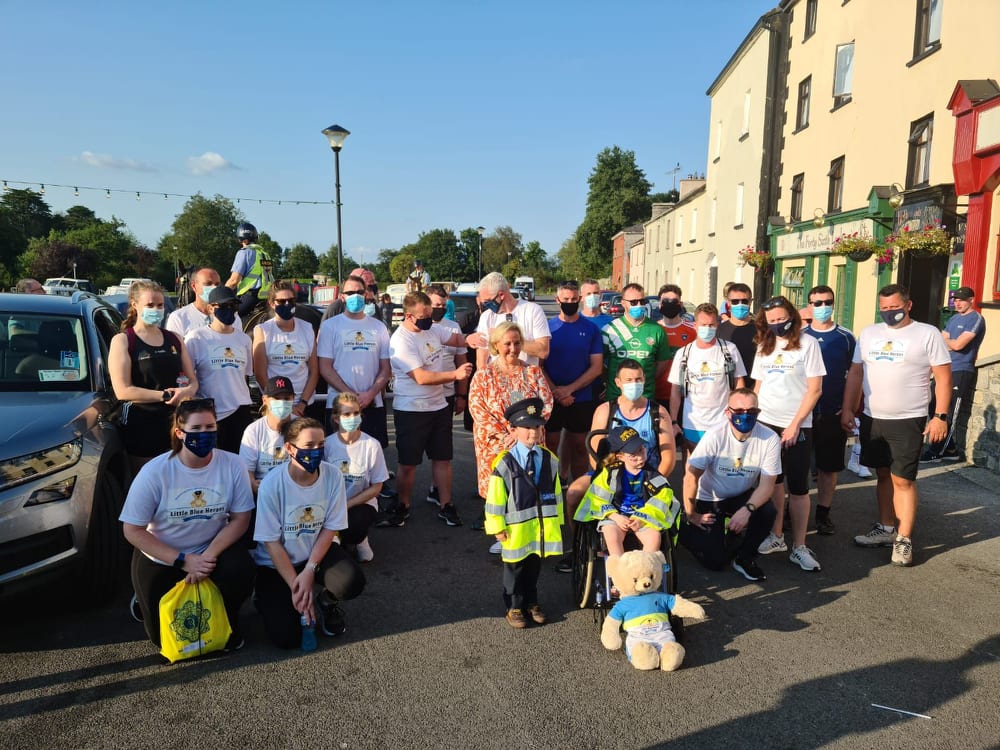 Garda Colm Mooney from the Roads Policing Unit was in one of two teams of 25 serving officers who walked the full lengths of both the Royal Canal and the Grand Canal simultaneously.

Each team had a support crew of five members and started from Misery Hill on Dublin’s Grand Canal Dock, with both teams finishing at the River Shannon. 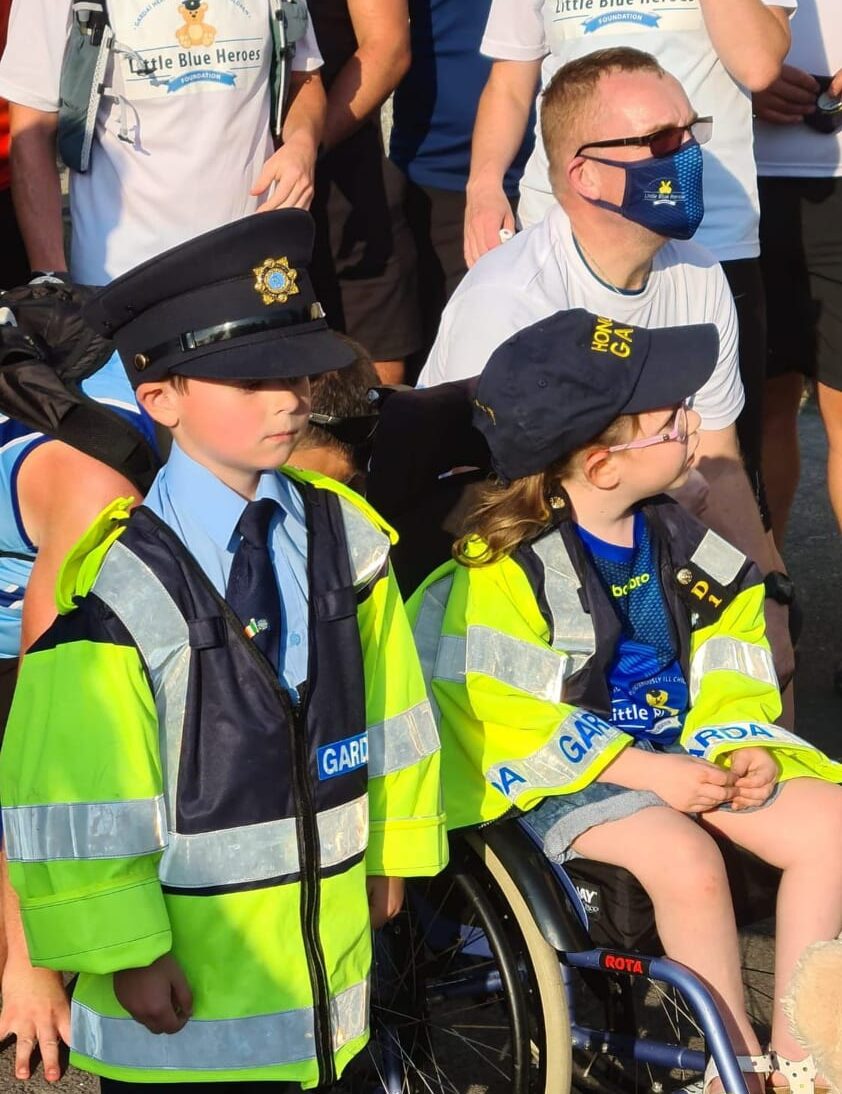 All funds raised will go directly to the foundation and each member involved in the event covered all their own costs and completed it on either rest days or annual leave.

That target has already been exceeded by over €1,000.

The name ‘Little Blue Heroes’ came about when founders learned that the vast amount of the children supported by the charity have a strong fascination with police uniform, equipment, vehicles and Garda units.

This has even led some of the children to make a wish to become an Honorary Garda and become part of the Garda family.