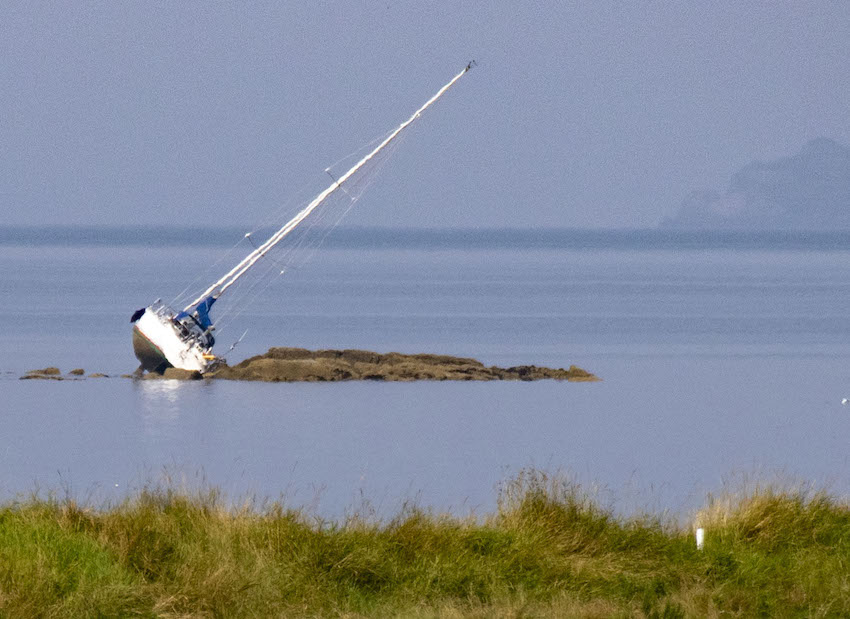 Four rescued after yacht runs aground

Four people have been rescued after their yacht (pictured above by Northwest Newspix) ran aground off the coast of Donegal overnight.

The yacht, which had two children on board, ran aground at Fahan in dense fog.

A distress call was sent out and was picked up by Malin Head Radio Coast Guard.

They in turn alerted the Lough Swilly RNLI boat which rushed to the scene.

The RNLI crew tried to tow the boat to safety and back to deeper water but were unsuccessful.

The group were then taken form the boat and returned to the safety of Buncrana pier were they were treated.

It is not understood that any of the four were injured but were shaken up.

A spokesperson for the RNLI confirmed that the yacht is still at the scene where it ran aground.

An attempt will be made later today to salvage the vessel.