Photographs taken of two Donegal men in rural Australia almost 60 years ago have been published by the National Archives there.

The black and white images of a bearded Paddy Kerrigan, from Bundoran, and a Harry McCafferty recently appeared on the National Archives of Australia website. 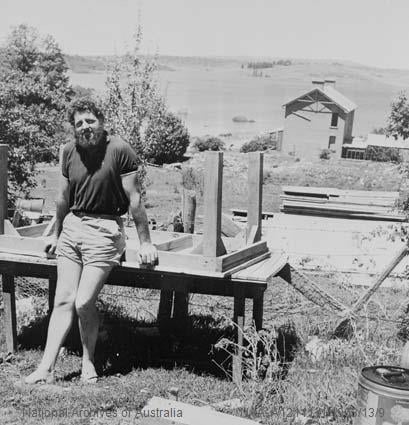 Paddy Kerrigan near his boatshed in the ghost town of Adaminaby. Pic: National Archives of Australia.

“To him it’s a challenge – and he’s building up a business as the waters of Lake Eucumbene rise. Paddy, who left his home in Bundoran, Donegal, 10 years ago to go to Australia, lives in the old town of Adaminaby, in the south-east corner of Australia.”

Paddy is pictured near his boatshed in the ghost town of Adaminaby, with Lake Eucumbene in the background.

Meanwhile, Harry McCafferty ‘from County Donegal’ is pictured in 1963 on a bulldozer during the laying of a new telephone cable between Sydney and Melbourne. 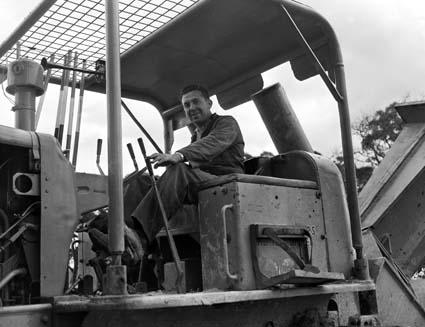 Harry McCafferty busy on dozer during the laying of new telephone cable between Sydney and Melbourne. Pic: National Archives of Australia.

Harry was one of the many migrants helping to bring a 25 million pound communications “wonder” into operation in Australia.

It was a six tube coaxial cable, 2 inches wide and 606 miles long.

The cable, which crosses rivers, creeks, gorges and mountains, “will open up a new era in telephone, telegraph and television transmission in Australia. It will come into operation early next year.”

At the time, the project was the biggest single job ever tackled by Australia’s post office.

So, who were Paddy Kerrigan and Harry McCafferty – did they make a life for themselves Down Under, or did they return home to Donegal?

If you happen to know what became of them, please drop us a line info@donegaldaily.com