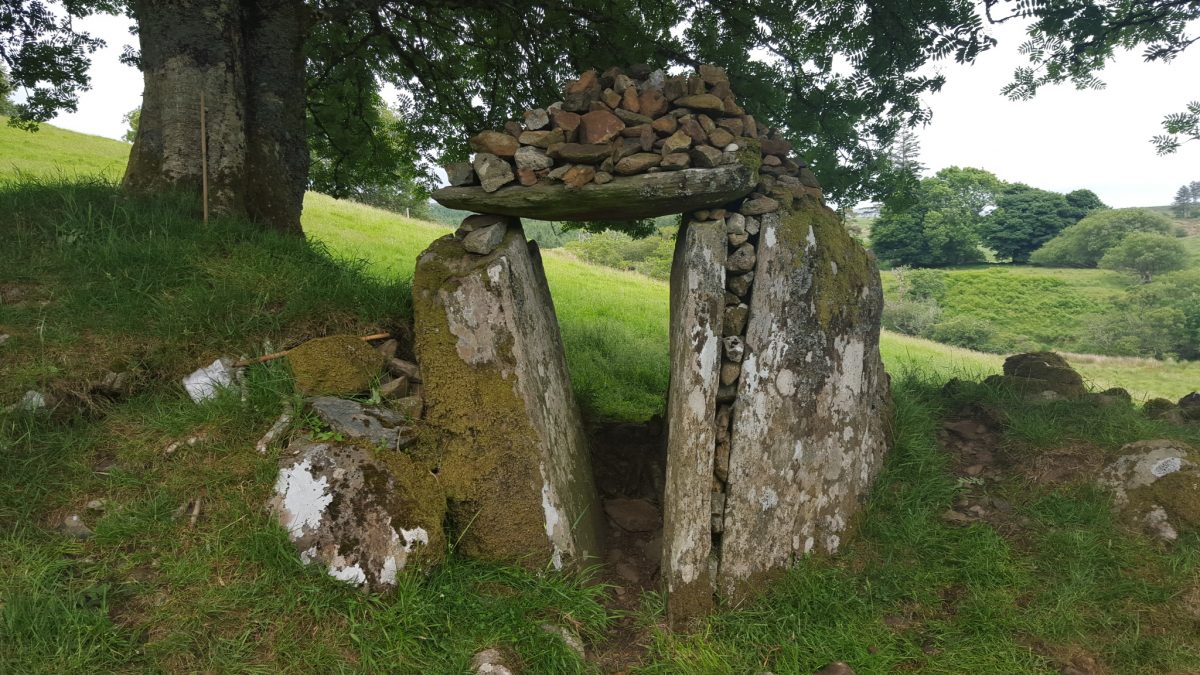 Donegal’s monuments and memorials to be documented in unique project

Monuments and memorials to key aspects of Donegal’s history a century ago are set to be comprehensively documented in an exciting new project.

As part of the Decade of Centenaries commemorative programme, the Culture Division of Donegal County Council, has appointed Mac Conmara Heritage Consulting, experts in the fields of memory, commemoration and history, to audit commemorative memorials across the county.

The project will record memorials relating to the Irish revolutionary period, War of Independence and Civil War, as well as World War I.

On completion, it will provide Donegal with a powerful resource to interpret how events a century ago – sometimes contentious, sometimes unifying – have been remembered ever since.

The audit will place a central focus on local knowledge and community memory within Donegal’s local communities.

He said “We were really happy to be given this opportunity by Donegal County Council. Our team understand deeply the importance of these monuments to local communities and their connection to place, history, and memory within County Donegal.

“The Audit will deliver a comprehensive and data-rich listing of all known memorials in the county associated with the 1912 to 1923 period and will enhance our understanding of the broader revolutionary period in Donegal, as well as the county’s role in World War I.”

Mac Conmara, who is himself a historian and author on the Irish revolutionary period, further explained “The central focus of the audit will be to document what has been memorialised across the public landscape of memory in Donegal over the last century.

“The output will include a wide-ranging database, as well as contextual, geographical, historical, and cultural descriptions of identified memorials. By undertaking this audit, we will be able to see what has been publicly remembered and of course, what has not. This will generate a greater understanding of both history and memory in Donegal.

Mac Conmara Heritage Consulting has developed a project methodology based on rigorous academic and archival standards.

Ultimately, they are aiming to develop a master database to include information on each memorial, including who and what it memorialises, who constructed it and why, detailed information about its condition and location and, in time, geo mapping to allow the people of Donegal and beyond, to engage with their history in an enjoyable and interactive way.

Joseph Gallagher, Heritage Officer who is part of the Project Team from within Donegal County Council, emphasised the importance of local support for the project.

He said “We know that for local communities, their memory and history are hugely important. We want to ensure that in this project, all memorials relevant to the audit across Donegal, are included.

“The consultants will be keen to speak with local people to gather their knowledge and to ensure that the final product reflects as fully as possible the public landscape of memory in Donegal. Their team have significant experience in this area and we are looking forward to the results.”

Memorials, statues and wall plaques, as well as church inscriptions will be included, where relevant. Grave markers, where there is a clear reference to the individual’s connection to the period, will also be documented. The project is an Action of the County Donegal Heritage Plan.

If you are a local heritage or community group, or individual who wants to ensure your local memorial or monument is included, you are asked to email memorialaudit@donegalcoco.ie or call 087 9160373 for more information.

Donegal’s monuments and memorials to be documented in unique project was last modified: August 28th, 2021 by Staff Writer
Facebook0Tweet0LinkedIn0Print0