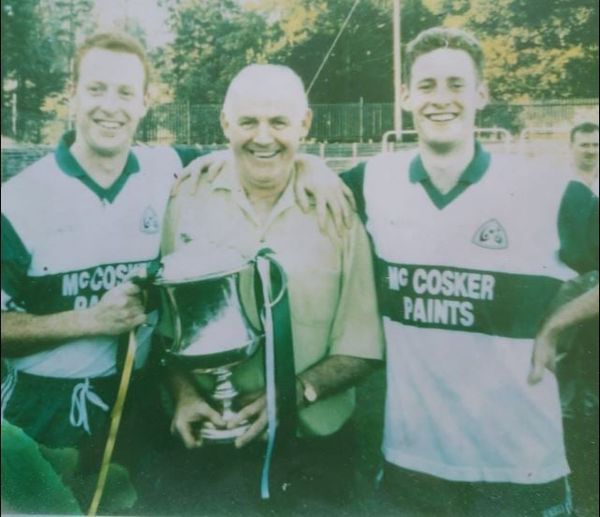 Sadness at passing of GAA stalwart and businessman Edward O’Donnell

Tributes have flowed in following the sad passing of Ballyshannon businessman and GAA stalwart Edward O’Donnell.

However, his legacy in both business and within the local community will live on for a long time after his passing.

It was Edward who first set down the roots for O’Donnell’s Bakery which provided so much employment for locals over the years.

He was a native of Ardara but his business brought him to Ballyshannon where he raised his family.

Among those who paid tribute to Edward was his beloved Aodh Ruadh CLG.

A spokesperson for the club said “It is with sadness that the club has learned of the passing of Edward O’Donnell.

“Edward was a native of Ardara, lining out for the club, also donning the gold and green for the county as a minor at midfield in the 1965 Ulster Championship.

“Business brought him to Ballyshannon where he set down roots and made a huge contribution to the local community. Through O’Donnell’s Bakery he provided a great deal of employment in the locality.

“His commitment to the GAA meant he was an obvious man to call upon when Aodh Ruadh set up the first Bord na nÓg committee in the county. A great man to do the quiet, behind the scenes work, his capacious car always had a big load any time Aodh Ruadh youngsters headed off to away games.

“He sponsored the first under 12 local league in the county in 1981. Auspiciously, it was won that year by John Duffy’s team. That initiated a period where football saw an unprecedented flourishing of talent in the town.

“Among that talent were his own sons, Charlie and Eamon, stylish practitioners of the game in the mould of their father who went on to win every major honour Donegal has to offer at club level.

“Edward passed after a long battle with illness, which he bore with fortitude and dignity.

“We extend our sincere condolences to the O’Donnell family and wide circle of friends at this sad time. Ar dheis Dé go raibh a anam uasal.”