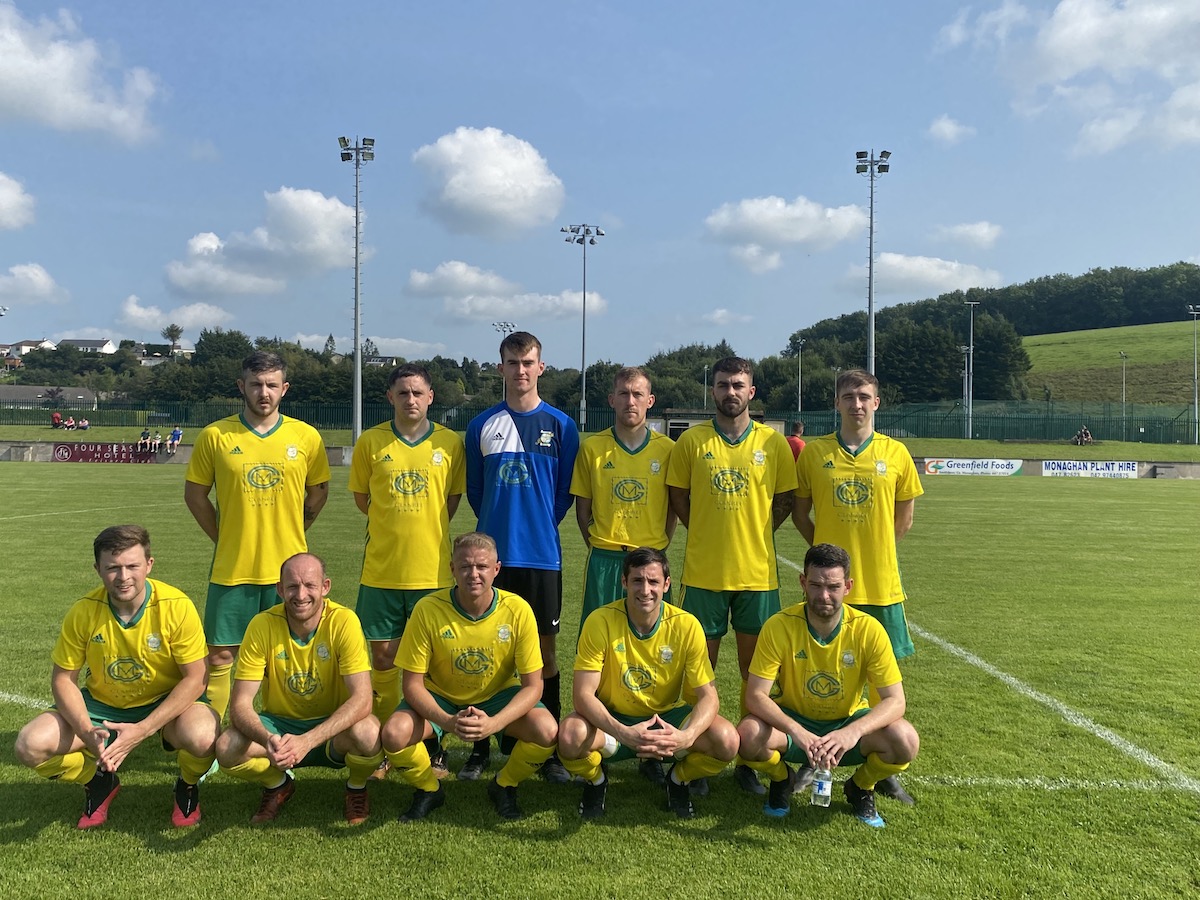 By Chris McNulty at Gortakeegan

Dillon, one of the new recruits at Dry Arch Park, drilled in the winner with full-time looming as Jason Gibson’s team got their 2021/22 season off to a winning start.

After Tony McNamee and Micheál Doherty combined on the left-hand side, Dillon was able to steady himself and his low shot beat Mark Byrne from 20 yards for the match winner.

Ten years after leaving the League of Ireland, Monaghan made their bow at the intermediate grade.

Monaghan have become their first team from the Cavan-Monaghan area to feature in the 36-year history of the USL.

Former Finn Harps midfielder McNamee, making his Bonagee debut, was inches from marking the occasion with a goal.

McNamee’s flicked effort in the 15th minute came off the Monaghan goal frame.

That was as close as either side came to breaking the deadlock in the opening half.

Bonagee were guilty of conceding cheap possession when they got into the final third although Monaghan, with Enda Hessin their fulcrum, couldn’t make enough inroads themselves.

The stretching Gareth Harkin might feel as if he should have opened the scoring on the half hour, his effort from Doherty’s ball in rose just too high.

In burning temperatures, Bonagee might have hit the front on 62 minutes, but Jordan Armstrong fizzed over when teed up by Larkin just outside the area.

Moments earlier, Hessin was off target when he attempted to catch Oisin Cannon off guard from distance when the hosts thieved possession from Bonagee.

Monaghan carved out a chance when Hessin’s cross was met by Simon Douglas, but Bonagee were able to avert the danger.

Harkin might have gone himself but his ball across the goal wasn’t met while Byrne was out to save at the feet of the incoming Jamie Lynagh.

Four minutes from the end, Douglas shout have tested Cannon, but his shot was wide.

There was still time for Dillon to find the winner, but there will have been plenty of first day positives for Monaghan.