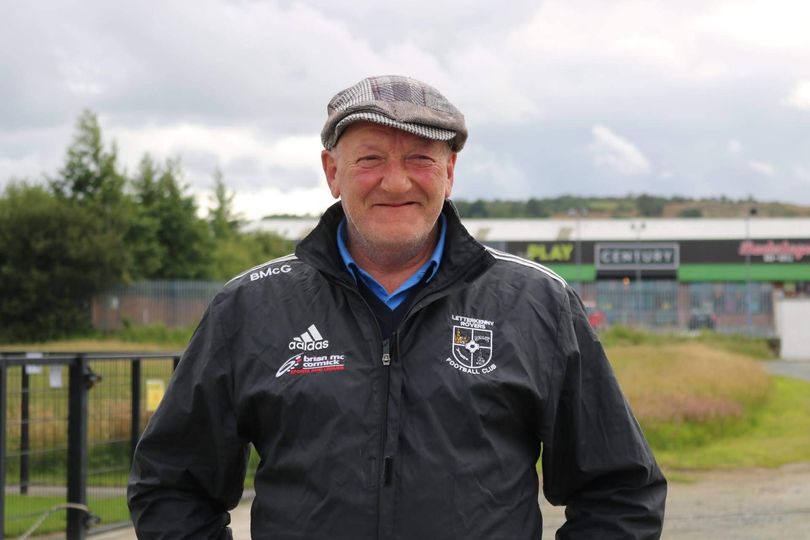 There is sadness in Letterkenny and beyond following the death of local man Bernard ‘Bernie’ McGlynn.

Bernie was a well-known character and was well-known in the Cathedral Town where he was spotted most places on his trusted bicycle.

Bernie (pictured above from Letterkenny Rovers Facebook Page) lived in Bomany and always saluted to passers-by.

Among the many who paid tribute to him today are his friends at Letterkenny Rovers FC where he spent a lot of time.

A club spokesperson said “It his with profound sadness that the club has learned of the passing of Bernard McGlynn.

“A club stalwart all his life, Bernard was an ever present at Leckview Park on match days. Indeed, he spent his final few hours manning the gate, taking in the corner flags and locking up the ground – just like he did for every home game.

“Bernard was a committed and dependable club man who will be dearly missed by everyone who knew him. We extend our deepest sympathies to Bernard’s family at this sad time.”