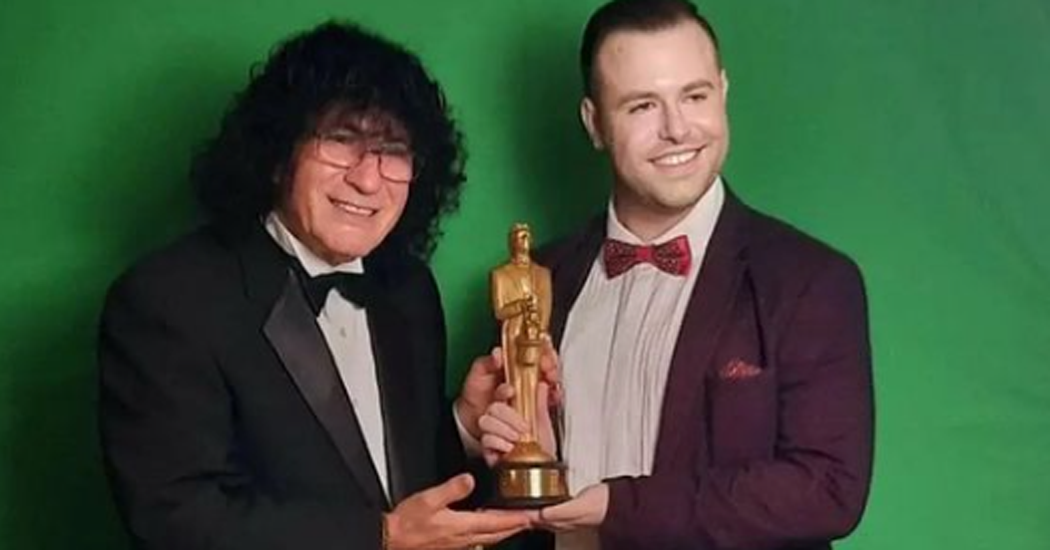 Murray, from Burtonport, has won a Merlin Award from the International Magicians Society.

The Merlin awards are described as the ‘Oscars’ of the magic world, and Murray’s accolade was in the category of “Outstanding Storytelling And Magic In Ireland.”

Murray said winning the award was “the honour of a lifetime”. He was presented with the trophy by IMS Chairman Tony Hassini in Scotland this week.

Hard-working entertainer Murray has been on the scene since 2016, when he won Derry’s Got Talent.

But the latest award is only the beginning, he said.

“I have become only the third Irish person to ever receive this award and now becoming the youngest in history. I have also graduated with my official Doctor of Magic degree from the Magic Academy after my successful examination, becoming only the second Irish person and the youngest to ever receive it in Irish history it’s often referred as “the crown jewel of the IMS.”

“The Merlin award is presented to those magicians who have achieved the highest level in their craft, both on the national and international stage.