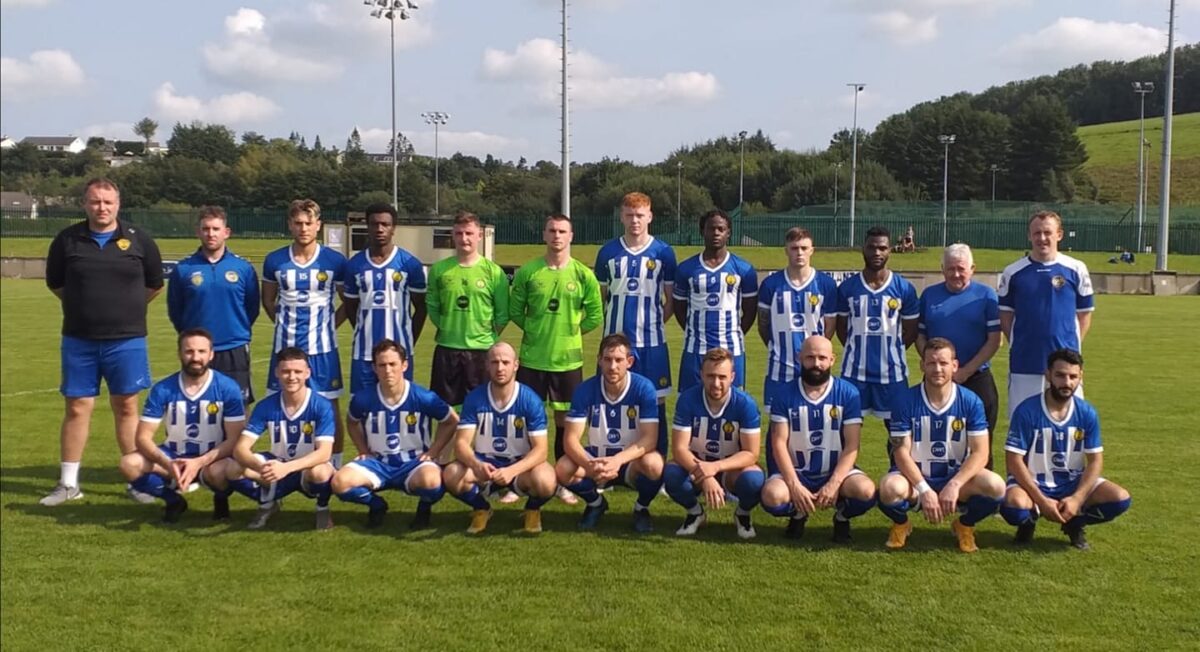 Mulligan on the Mark as Monaghan claim first USL win

Mulligan’s cracker, which flew past Paddy McGarvey eight minutes from the end, gave the USL newcomers a victory at the Letterkenny Community Centre in the USL League Cup.

The game started at a very frantic pace and both teams played some very attractive passing football. Mark Byrne again was superb in his distribution of the ball. The Monaghan defence were well marshalled by Conor Callan and ably assisted by Dylan Ballantine and Jamie Mc Carey. Wing backs Sarto Quigley and Dillon Kelly were superb.

Midfielders Glen clarke, Enda Hessin and James Turley linked up play, leading to United creating some very good chances in the first half, but they couldn’t find the breakthrough.

The second half started as the first half finished, with both goalkeepers making some great saves.

Victor Ihemeje, Niall Cassidy and Simon Douglas were brought on and immediately had an effect. The breakthrough came from Mulligan who scored in the 82nd minute to give the Monaghan lads a well deserved lead.

United had another great chance in the last couple of minutes, but for great defending by the Harps defence.