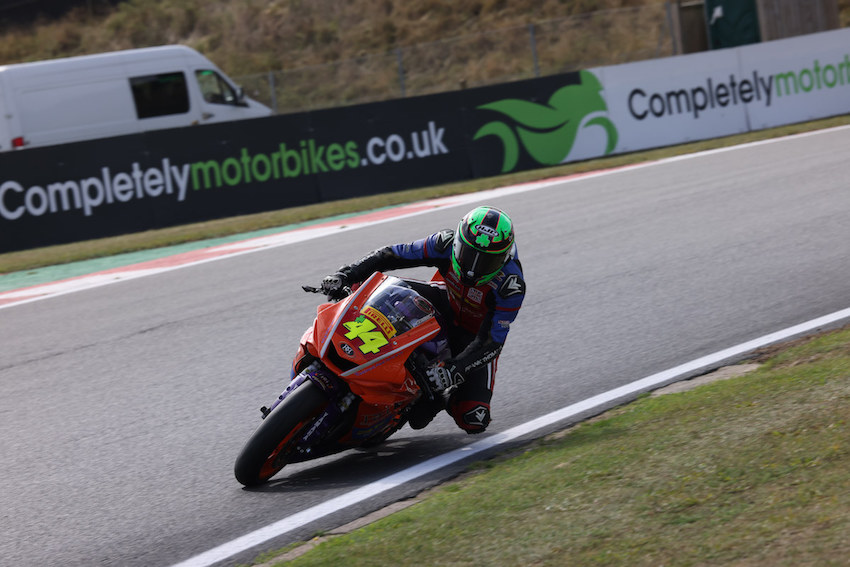 Irwin bounces back from crash for seventh at Snetterton

TEENAGER Rhys Irwin had another great weekends racing at Snetterton UK for round 7 of the BSB on his Yamaha UK R6.

Following a high speed crash, Rhys bounced back although battered and bruised from head to toe coming away P7 behind his childhood heroes.

Rhys paid tribute to the quick working of his team to get his bike fixed and ready to race.

Irwin said: “I had every faith in my team but with the race schedule tight it was hard work as there was a good bit of damage, I was just relieved that I was passed by the medical team fit to race after the crash.

“I am delighted with my pace and learning every round. The speeds I was doing would have been good enough for the win in previous years but this year the pace is just so fast with with very experienced racers”

Caolán Irwin continued his championship this weekend setting the second fastest lap of the race getting up to P4 for most of the race finishing with a P16 result.

The brothers head to Silverstone race track for Round 8 of the British Championship next weekend. Both boys would like to thank their sponsors without whom they could not continue their BSB challenge.

Irwin bounces back from crash for seventh at Snetterton was last modified: September 6th, 2021 by Chris McNulty
Facebook0Tweet0LinkedIn0Print0