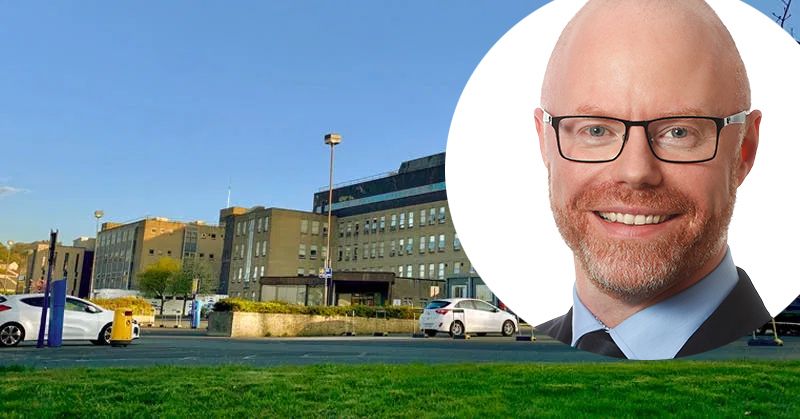 A Donegal campaign group is calling on three of Ireland’s top healthcare decision-makers to visit Letterkenny University Hospital as soon as possible.

Donegal Action for Cancer Care has invited the Minister for Health Stephen Donnelly, the HSE’s Chief Clinical Officer Dr Colm Henry and the Director of the National Cancer Control Programme Prof Risteard O’Laoide to see issues at the hospital first-hand.

‘Come to Letterkenny University and Hospital and see what is needed’ – is the plea issued by DACC.

“It is with years of very serious concern that we DACC believe and we have seen nothing to the contrary that key services are being gradually removed/stripped from LUH,” said Betty Holmes, Chairperson of DACC in a letter to Minister Donnelly, Mr Henry and Mr Ó Laoide.

LUH is an excellent hospital that needs serious support and investment from the Dept. of Health, the HSE and the NCCP, the letter said.

Ms Holmes said there are many questions that need answered at the hospital, but that the health leaders should also “see the excellence that exists there even in these very difficult times.”

Key issues raised by Ms Holmes surround the appointment of a second permanent breast surgeon, a lack of accommodation at LUH, approval of staff for the Radiology suite, staffing for the CT scanner and an upgraded MRI scanner.

Meanwhile, Donegal TD Pádraig Mac Lochlainn has appealed to the government and the HSE to end what he calls ‘funding discrimination’ against Letterkenny University Hospital.

The top six funded hospitals in the State, located in Dublin, Cork and Galway all receive from two to three times the annual budget of Letterkenny University Hospital.

Deputy Mac Lochlainn said: “There are now over 20,000 people on the Letterkenny hospital waiting list. This willful neglect also puts impossible pressure on the doctors and nurses who work at Letterkenny University Hospital.”

Deputy Mac Lochlainn challenged the Minister for Health and the government to make an ‘urgent statement’ in response to the evidence ‘and to outline to the people of Donegal what they are going to do about it, starting from the upcoming budget next month’.