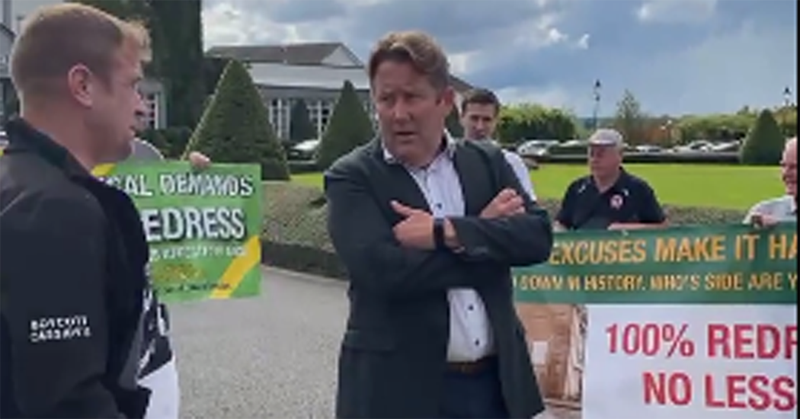 Mica protesters keep the pressure on at Fianna Fáil think-in

Mica campaigners made their voices heard at a protest outside the Fianna Fáil think-in today in Cavan.

Around 30 protestors gathered outside the party gathering with banners and speakers.

The homeowners sought to highlight the urgent need for an updated Mica Redress Scheme to deliver 100% redress.

Housing Minister Darragh O’Brien joined the group this afternoon to tell them that a revised agreement is due by the end of September.

The Minister said that his department’s working group is working towards the end of September for improvements to the scheme. He added that he was “very serious” about getting a resolution to the scheme that homeowners will find acceptable.

However, homeowners say they will accept nothing less than 100%.

Meanwhile, a large majority of coalition TDs in the counties known to be affected by defective mica/pyrite blocks in the West have publicly confirmed their support for 100% Redress, according to a poll published by the Mica Action Group.

On Sept 1st the Mica Action Group (MAG) wrote to 15 ‘in power’ TDs in Donegal, Sligo, Mayo, Clare, Limerick and Tipperary asking for a public declaration of their support for a 100% Redress Scheme for affected homeowners, with responses are being published daily on social media as part of the on-going campaign. At the time of writing, 11 of the 15, had responded positively in favour of 100% Redress. 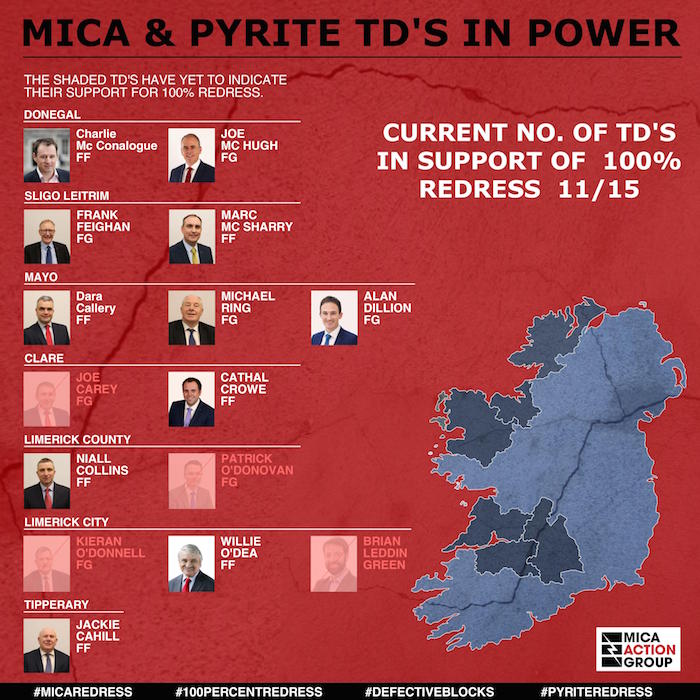