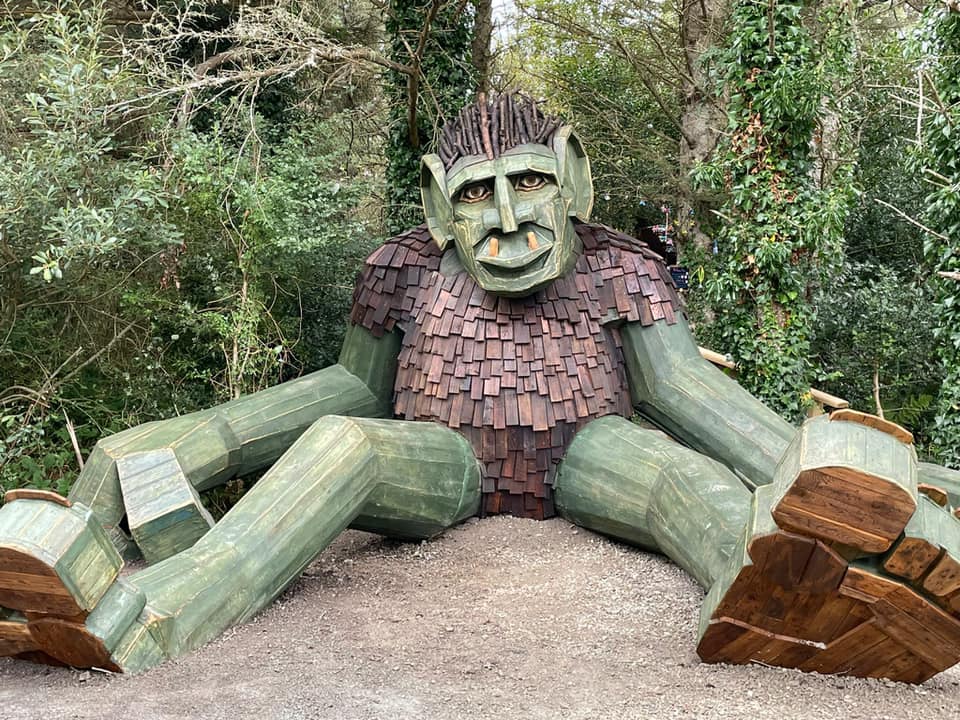 A huge troll has turned heads on its arrival into Donegal this week.

The 40-ft tall character, named Stor, is on holiday in Dungloe. He will be a top feature of a magical children’s art and story trail at the Riverwalk.

Stor’s journey to West Donegal itself generated a lot of excitement. 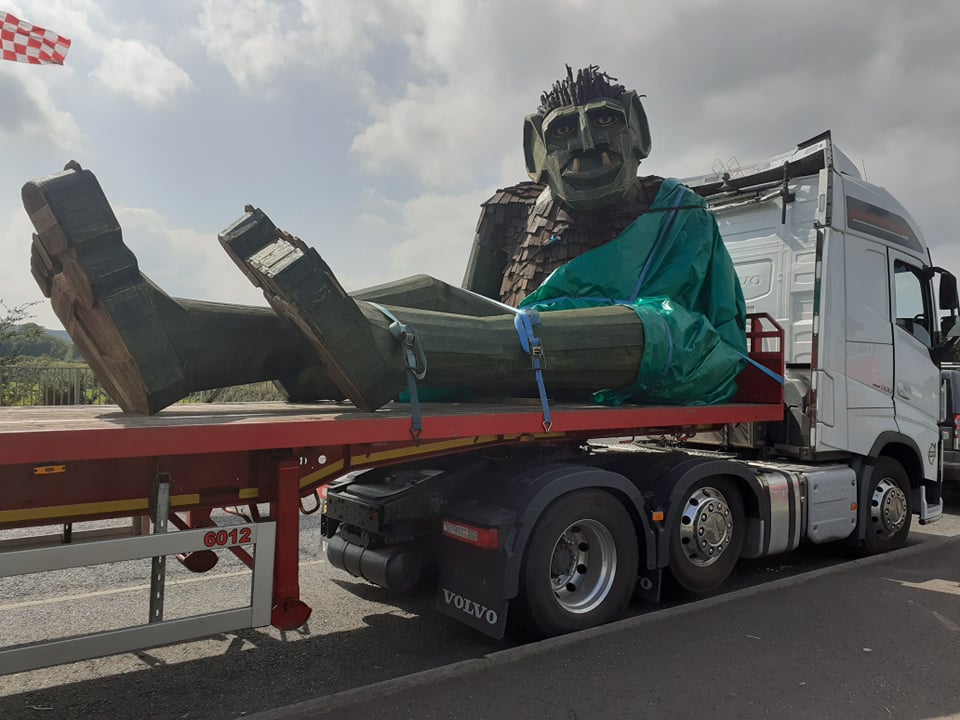 The art sculpture came from Sticky Fingers, an arts programme in Newry. It is so huge it had to be transported to Donegal on the back of a lorry, with special supervision from the PSNI and Cathaoirleach of Donegal, Cllr Jack Murray. A massive passport was presented to ensure Stor’s safe crossing across the border. 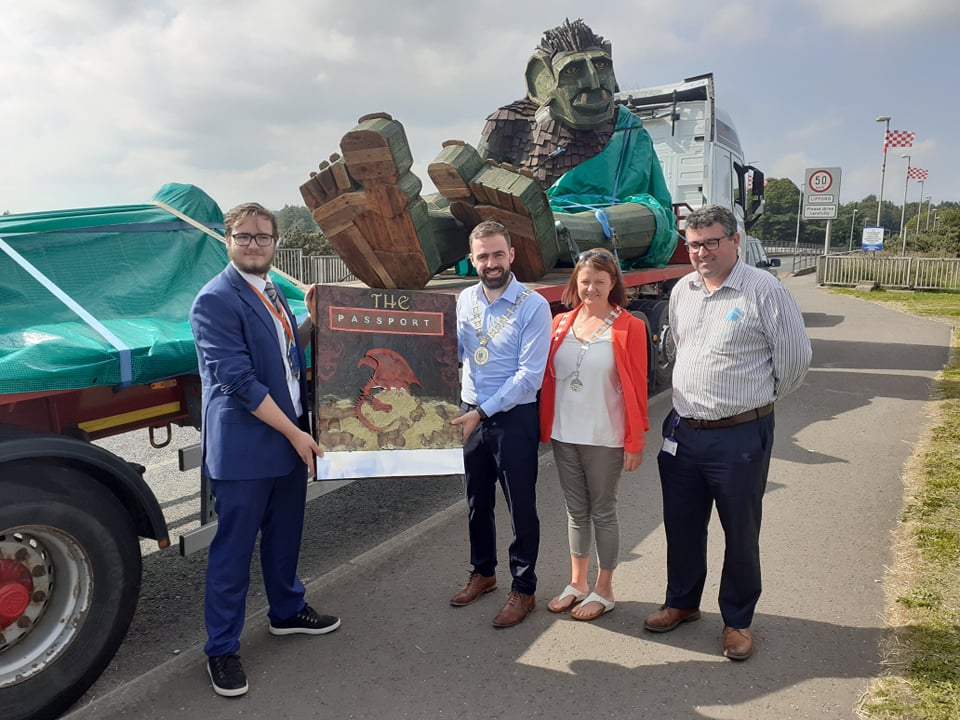 The aim of the arts project is to create a magical living storybook devised through a trail of intertwined fairy/troll houses and arts features creating a childhood land with Trolls, Giants and Fairies inspired by legend and mystical folklore. 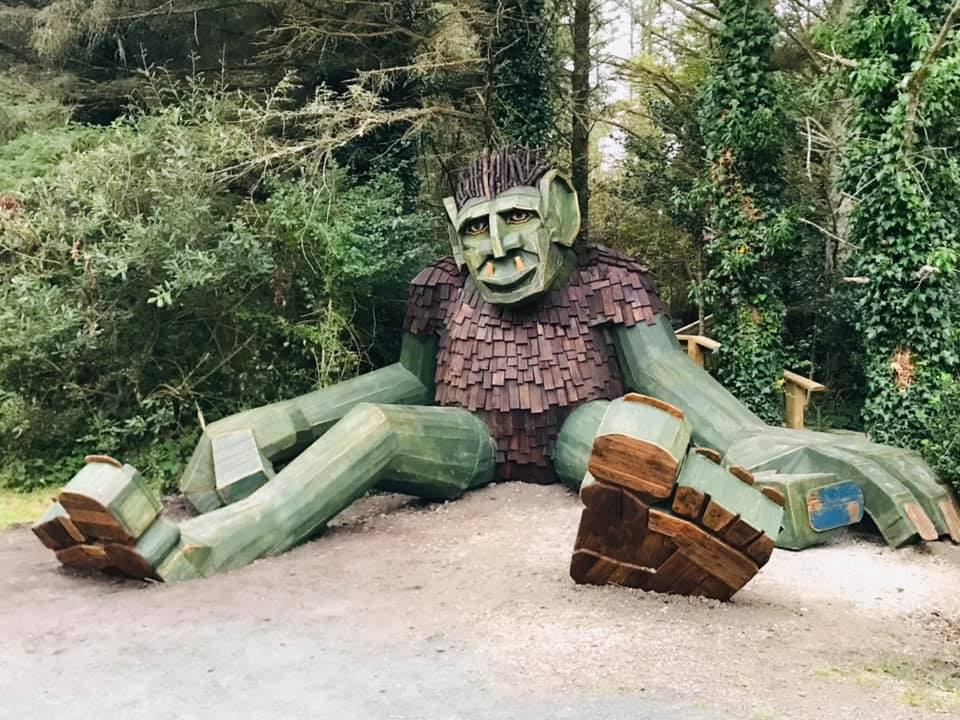