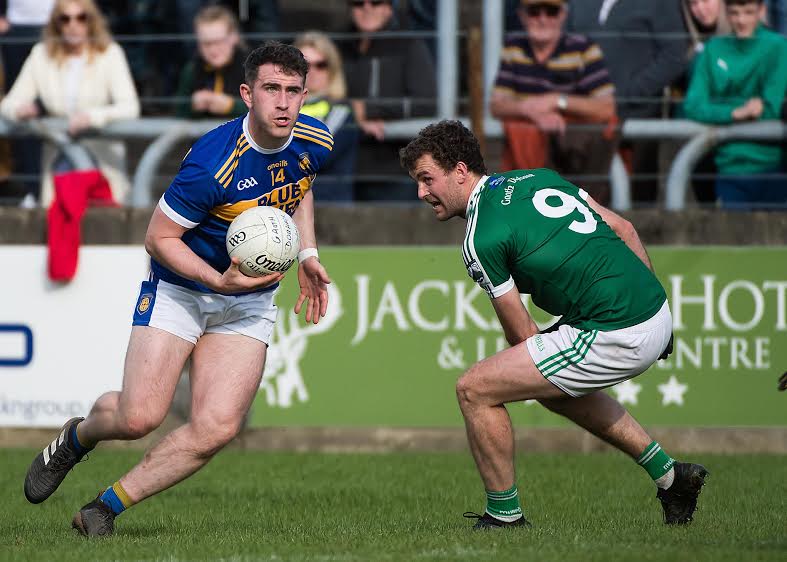 A super second-half comeback from five points behind at half-time gave Kilcar a winning start to the 2021 championship campaign at O Donnell Park in ideal conditions.

Patrick McBrearty again led the way in scoring 1-07 but Matthew McClean was the star turn for the winners , kicking 0-05 Brillant scores from play , all out of the top drawer.

The home team edged the opening seventeen minutes up to the waterbreak and led by a point , 0-05 to 0-04.

Niall O Donnell and Patrick McBrearty hit three apiece for their teams, while Eoin Dowling and Shaun McGettigan for Eunans and Ryan McHugh for Kilcar added scores.
Eunans dominated after the break , Shane 0 Donnell , Padraig McGettigan and added points to extend the lead to four points , and then Shaun Patton’s kick-out found Shaun McGettigan , he found Kieran Tobin racing forward and he offloaded to Eoin McGeehin who blasted past Kevin Campbell to leave it 1-08 to 0-05 to Eunans .

Patrick McBrearty converted his third free and fourth point and at half-time it was 1-08 to 0-06.

McBrearty pointed a free and then drove home a penalty after a foul on Ryan McHugh and suddenly it was a one point game , 1-08 to 1-07.

Niall O Donnell (4th point ) and Anthony Gallagher’s fisted effort extended the lead to three again but that was as good as it got for the home team.

McBrearty added three from frees and Matthew McClean kicked four points of the highest quality from long range to make it seven points in a row and Kilcar four ahead.

Niall O Donnell and Kieran Tobin replied with two late and in between those Kilcar’s Ryan McShane made a super goal-line clearance to deny Eoin McGeehin’s goalbound fisted effort as Kilcar held on to complete an excellent comeback victory.