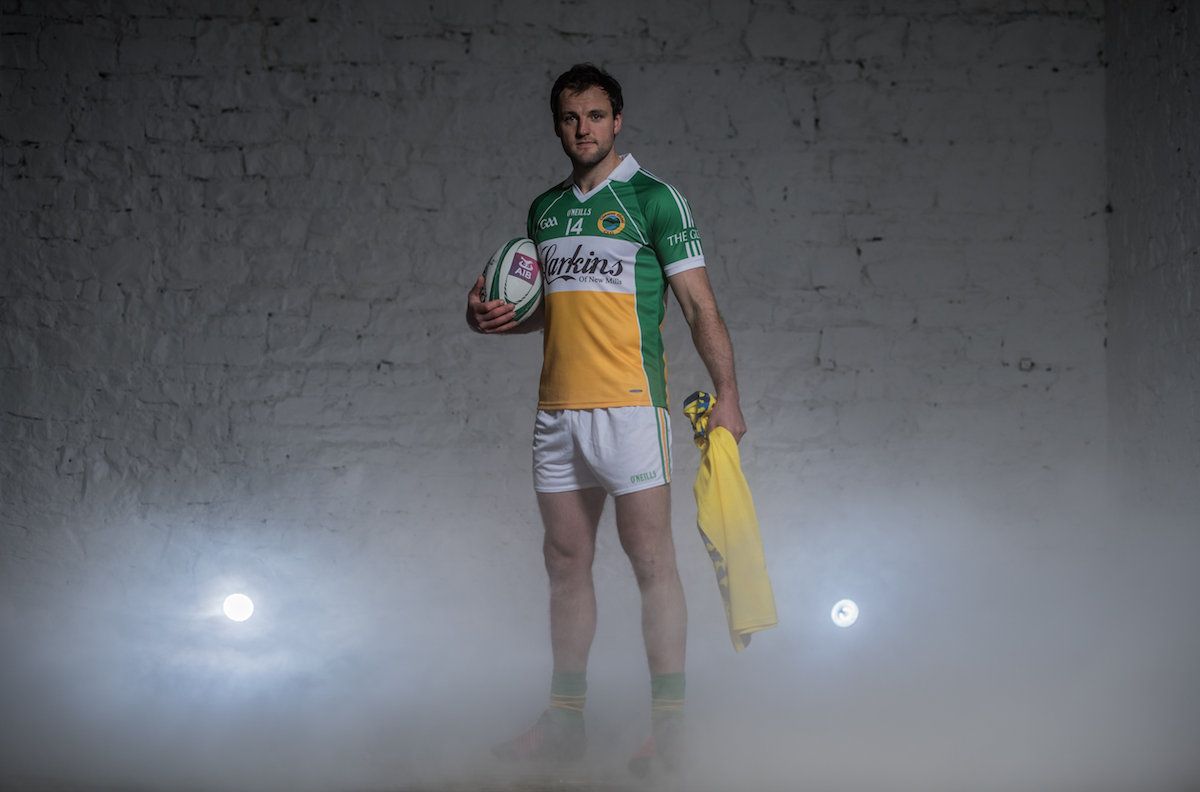 MICHAEL Murphy showed glimpses of that old magic as he confidently led Glenswilly to a comprehensive victory over a somewhat tepid Killybegs challenge in Fintra.

By Gerry McLaughlin in Fintra

To add to the Fishermen’s blues, they suffered a double whammy as they lost county stars Eoghan Ban Gallagher and Hugh McFadden to injury.

Gallagher was forced off in the first half and McFadden with about ten minutes to go with Glenswilly leading by 1-10 to 1-6 and the extent of their injuries is not yet known.

But Murphy was in fine form for the winners weighing with four points and conduction the orchestra from midfield.

A lively Glenswilly sprung from the traps with real intent and had  two points on the board after just three minutes. from target man Gary McFadden and Shane McDevitt.

That set the tone for a dominant first half with a fresh looking Michael Murphy dictating matters from midfield and McFadden a potent threat up front.

And then we had a bit of Murphy magic in the 9th minute when he brushed aside the challenge of Evan Broderick, jab lifted the ball and hit a sublime point from an almost impossible angle on the right hand touchline.

Points followed from U-20 star Caolan Dunleavy, Lee Crerand and two on the spin from the excellent McFadden put the feisty visitors into a 0-7 to 0-1 lead by the 20th minute.

Hugh McFadden managed to get the home side off the mark in the 18th minute but Glen led by 0-9 to 0-2 at the break.

It got even worse for the home side in the 40th minute when Caoimhin Marley finished a fine move the Killybegs net to put Glen in front by 1-9 to 0-2.

To their credit the home side rallied and hit an unanswered 1-4 to leave Glenswilly leading by 1-9 to 1-6 by the 43rd minute.

Substitute Conor Cunningham rose highest to a lob deep in the Glenswilly square and he fliced the ball to the net.

Jack MsSharry and Odhran McGuinnes weighed in with points to narrow the gap.

However, the home side failed to build on this boost and Glenswilly reasserted themselves as the game to an end.

And, the Murphy and Cormac Callaghan inspired Glenswilly tacked on the vital scores for a fine away victory.

Killybegs will be disappointed with the depth of resistance they offered, while the Glen showed that they remain a championship team.

Especially with one Michael Murphy on board.