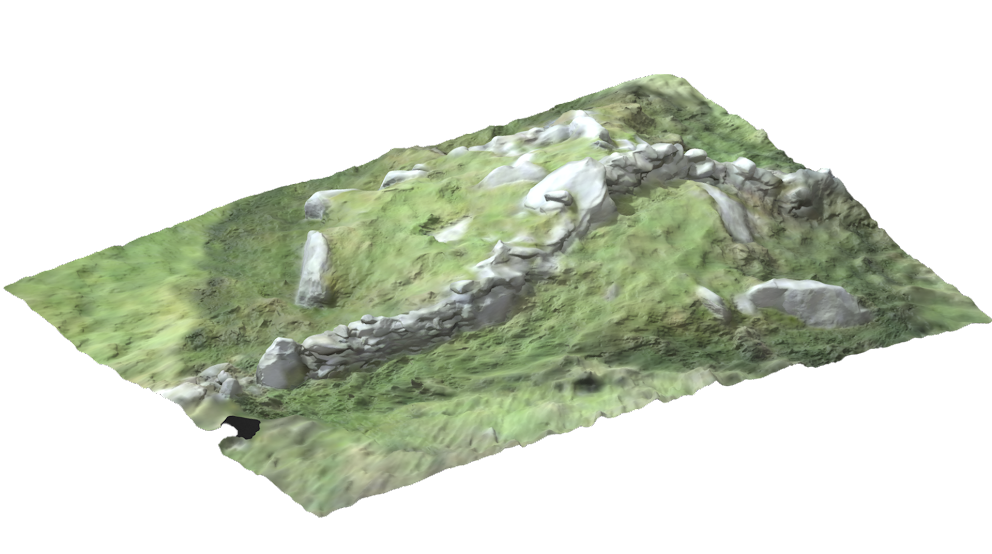 A 3D virtual tour of the Turas in Gleann Cholm Cille is to be launched this Friday, September 17 (Culture Night) as part of the celebrations to mark the 1,500th anniversary of the birth of St. Colmcille.

This is Donegal’s 13th year to celebrate Culture Night, the all-island public event that celebrates arts, heritage and culture. This year’s Culture Night programme includes both physical and on-line events to allow for people at home and abroad to connect with Donegal culture.

One of the on-line events is a new virtual tour of Turas Cholm Cille – a three-mile pilgrimage route with 15 stations in Gleann Cholm Cille.

Most of these stations (places for prayer and devotion) are archaeological monuments protected under the National Monuments Acts (1930-2004).

The ‘turas’ is observed on June 9 each year which is the feast day of St. Colmcille.  It takes around three hours to complete and, historically, the turas was performed by barefoot pilgrims at midnight on the eve of June 9.

The County Donegal Heritage Office of Donegal County Council commissioned Digital Heritage Age to undertake 3D photogrammetry of the 15 stations of Turas Cholm Cille to generate 3D digital models of these heritage sites and places of pilgrimage.  The accompanying interpretation of the stations was provided by Oideas Gael.

“This helps to record and preserve the heritage of sites in an accessible way – creating a lasting record for future generations to enjoy.  Traditionally, the turas in Gleann Cholm Cille is completed between June 9 and August 15 each year. As well as helping to record the heritage of the sites, these 3D digital models will also enable people to explore the 15 stations at any time of the year and from anywhere in the world.”

The 3D digital models will be available on-line from 6 p.m. on Friday 17th September at https://skfb.ly/opR9R.

The 3D photogrammetry of Turas Cholm Cille is sponsored by Donegal County Council, Creative Ireland and The Heritage Council as part of the implementation of the County Donegal Heritage Plan.

For full details of all events taking place in Donegal for Culture Night go to www.culturenight.ie/donegal and look out for any updates on the Culture Night Donegal Facebook page. Culture Night is co-ordinated by the Arts Council of Ireland in partnership with local councils and cultural organisations throughout the island of Ireland.

For details of Colmcille 1500 events for the year go to www.colmcille1500.com or visit the Facebook page at www.facebook.com/Colmcille1500NW.