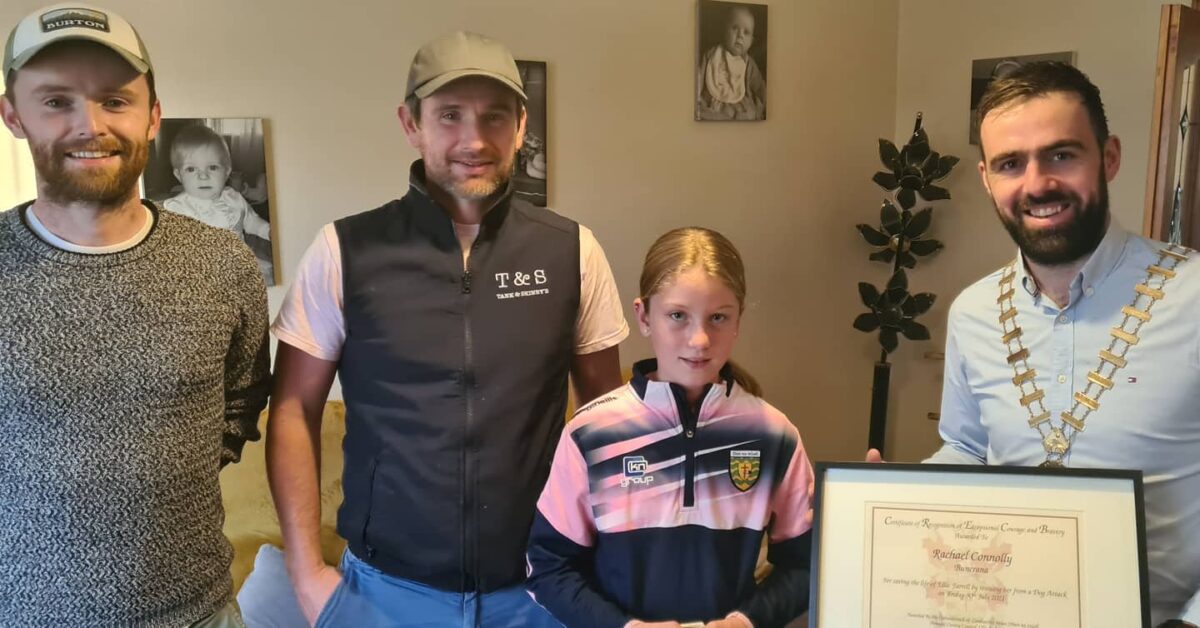 Rachel Connolly, aged 11, was honoured for saving her little cousin’s life in a dog attack at the end of July.

Rachel’s cousin Ellie, aged two, was playing in a garden in the Millfield area of Buncrana when she was attacked by a husky. Rachel risked her own life to rescue Ellie and fought the large dog away.

“Thankfully, because of her courageous actions, Ellie’s life was saved and, despite sustaining very serious injuries, she is now making a full recovery,” said Cathaoirleach of Donegal, Cllr Jack Murray.

This week, Cllr Murray presented Rachel with a Certificate of Recognition for Exceptional Courage & Bravery – the first of its kind from Donegal County Council. It was a privilege to give such high recognition to Rachel, Cllr Murray said, who praised her as “an inspiration to us all”.