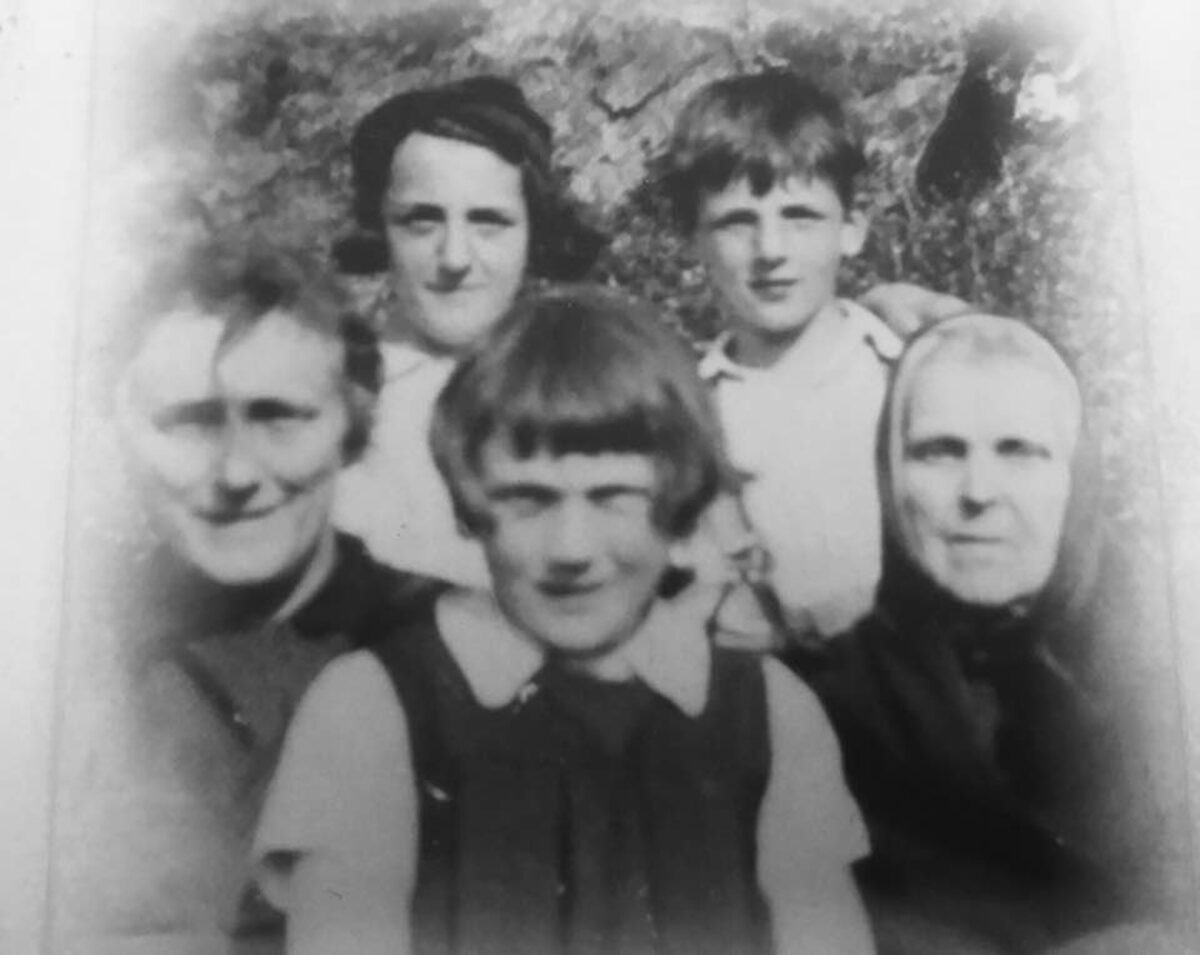 Columnist Brian McDaid has been thinking about new starts that September often brings… and it brings him back to the days of starting new jobs.

The toolbox was made in the old tech in out of 9 by 1 and quarter inch marine plywood, in free classes. Dovetail joints and the door cut out and fitted with a piano hinge. It was September and instead of my fourth year at secondary school I was headed to another school.  I was starting to serve my apprenticeship as a carpenter with Terence Ponsonby. As it happened, I ended up back at school, a new school he was building across the road from where I lived in Wolfe Tone Place that was to become St Bernadette’s.

My toolbox was painted red, dark red. I don’t know where my father got the paint but he had all the wooden handles of shovels, spades and hammers painted in this red. My new toolbox got a lick of this company colour before I took it across the green and up through the gateway between Shaun Mc Grath’s and Charlie Kerr’s on my first day of my apprenticeship. Starting off, I had what was called a brace which was operated manually to drill wood, a set of chisels, a plane and a sharpening stone in the box I also made out of wood, two types of saws, a Sandvick for rough work and a Disston for good work. 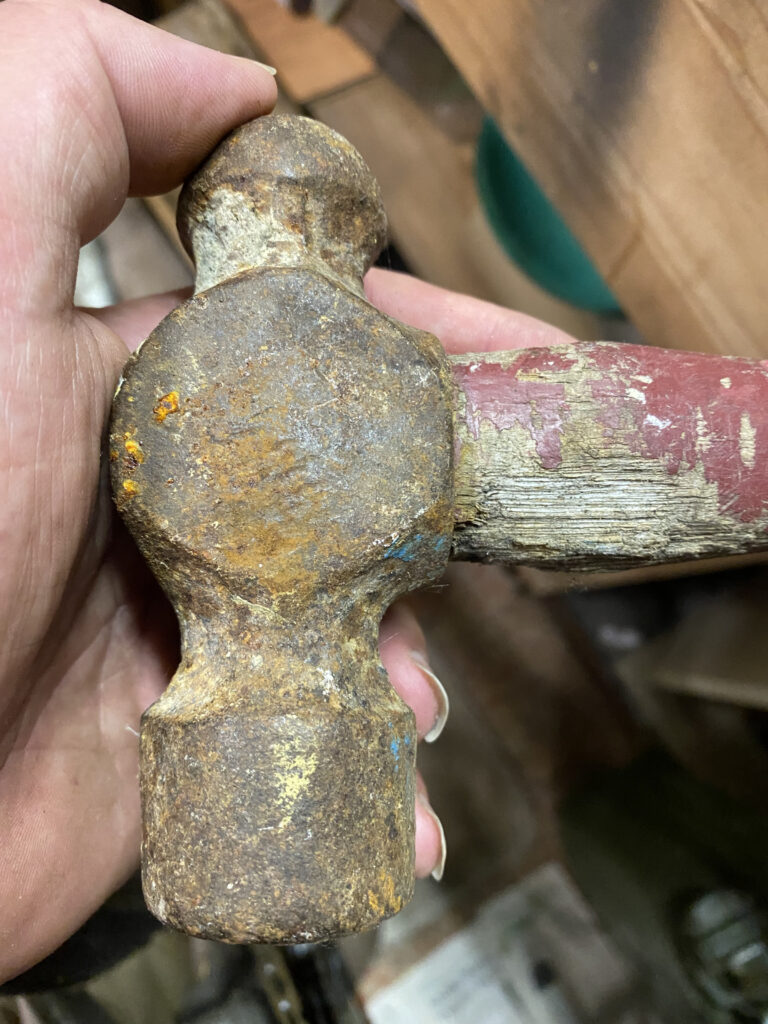 An old hammer of my father with the trademark red handle 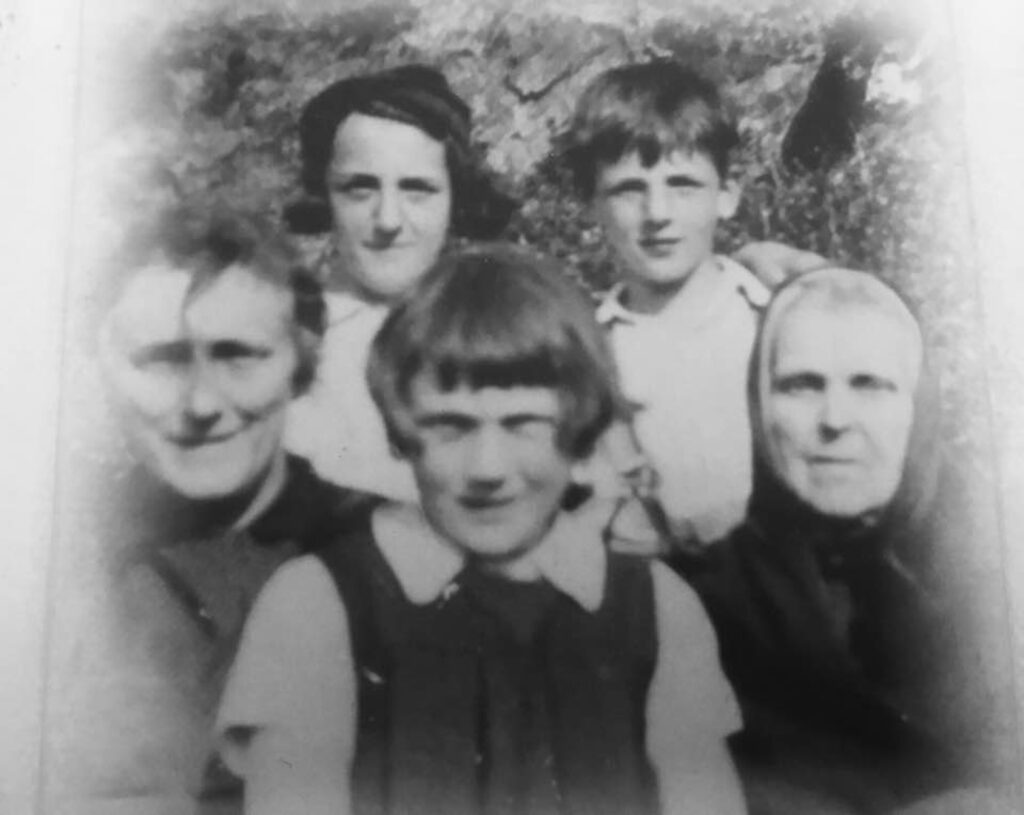 I imagined me working in dry wood shavings and the smell of freshly cut timber but the reality of starting off an apprenticeship as a carpenter was that there was more time used with a claw-bar hammer. The was saw making and shuttering out in Donegal winter weather and your fair share of labouring your way through your apprenticeship.

I still have a hammer with a red shaft today. It’s a ballpoint hammer so I know it’s my father’s hammer. It’s smaller looking than I remember it. It had a head that missed a good few nails and connected with the odd thumb it hit in its day.

The old toolbox has long gone and the tools in it were lost or rusted beyond use.

September, I feel, is always the start of my year, a good time to privately make an effort for yourself compared to the new year resolution. In September 1977 I started a new school moving from St Eunan’s College to the tech to follow the dream of becoming a carpenter, a few years into an apprenticeship and even though I still like woodwork the reality was not for me.

What I didn’t realise at the time was that an evening job that I got the very same week I got working in the petrol pumps at Hegarty’s was serving me better than just being a job. It was getting me away from a home life that had constant pressure attached to it, something that I thought I was handling well but wasn’t managing well at all. The job started with a few evenings a week and one weekend day but when my coworker got a job in the garage I ended up doing both shifts and was enjoying them. It got me out of the house for 45 hours every week, and it was work so it was ok. 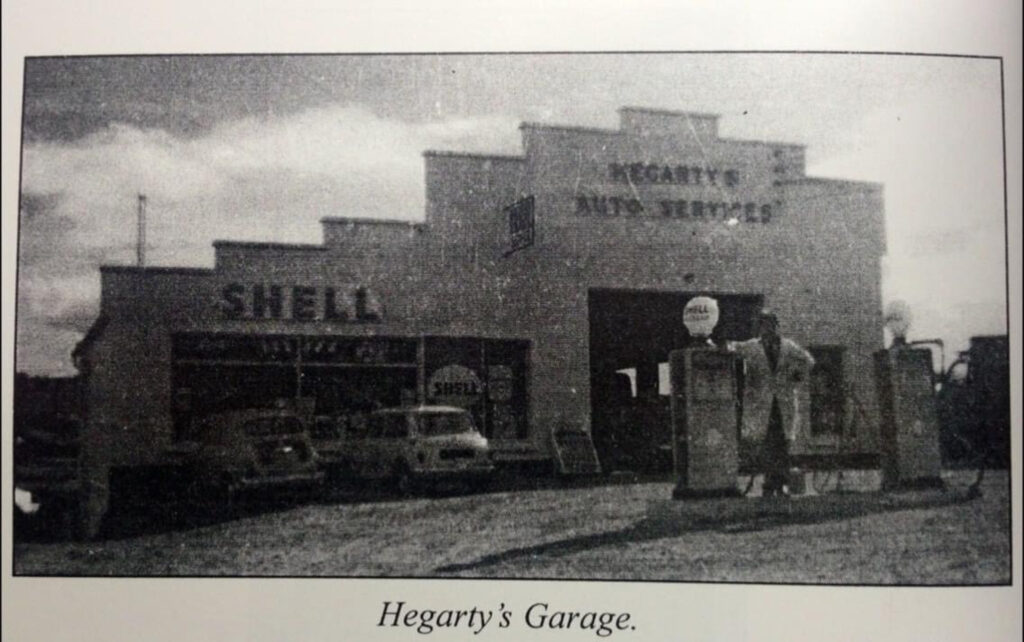 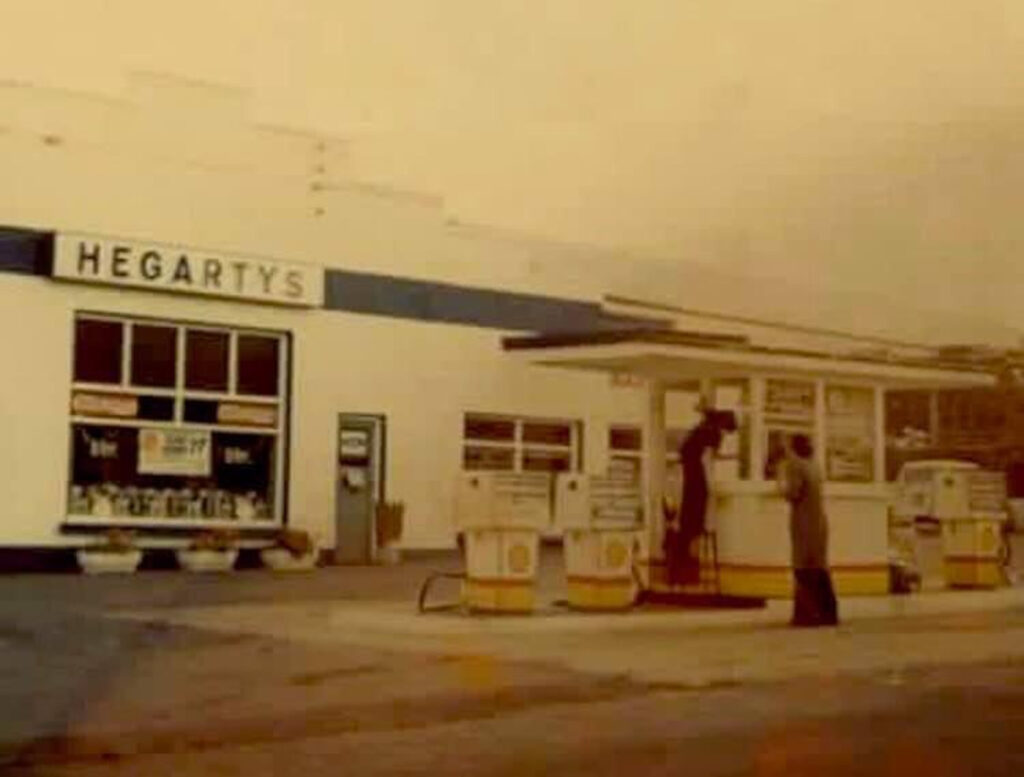 All the staff that worked at Hegarty’s before me wrote their name high up on one of the roof rafters and a date when they were there. 7/9/77 was all I wrote up, too afraid to put my name to it. We had no family car at home when I started in the pumps so never got or needed a lift to work in the evening when I started at 5.30. Andy Hegarty, the owner always came to close up and would give you a lift up home at 10.30, even when my father did buy a car the following year in 78 he very rarely visited my work even to get petrol.

My grandfather who lived at the foot of the town, died the year I started working in the petrol pumps and all the younger children were sent over to Jeeves restaurant beside Bests at Lower Main St after the funeral. I remember one of my cousins putting vinegar into the red sauce bottle to soften it a bit so it would come out of the red plastic bottle a bit better. We giggled and watched them working with the two bottles on the cafe table keeping an eye to see that none of the staff were watching.

My grandfather’s wake was the first wake I remember being able to attend, I remembered my mother’s death but her remains were brought straight from the hospital to the chapel. At my grandfather’s wake his family told stories of his life, things like about his days working for Irish Shell, and talked about his long service of 25 years and his even longer time of nearly 30 years that he was on a pension from them. 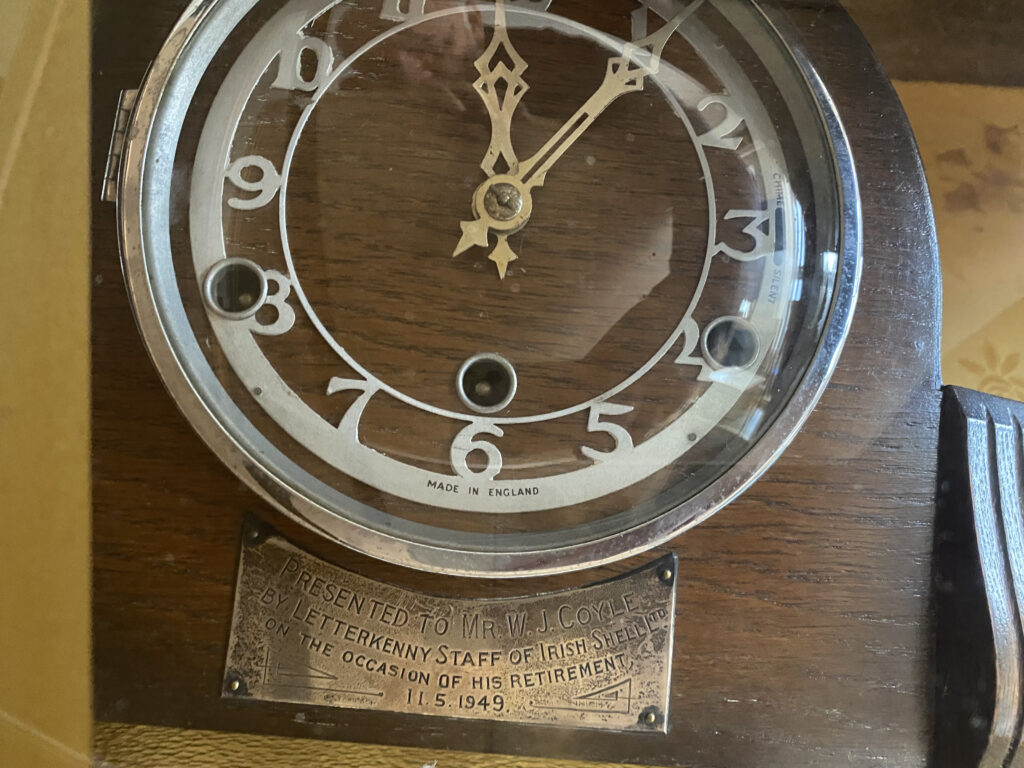 Time , the clock my grandfather was presented when he retired from the Irish Shell. Photo Brian McDaid.

Working in the petrol pumps in Hegarty’s it felt fitting that I was selling Shell Petrol where my grandfather left of out across from Ballymacool Terrace where my mother and her family lived at No 19 Ballymacool. I often would imagine them years before me, them walking up the row out of the town in the decades before I was born, as I gazed out through the window of the petrol pump hut. 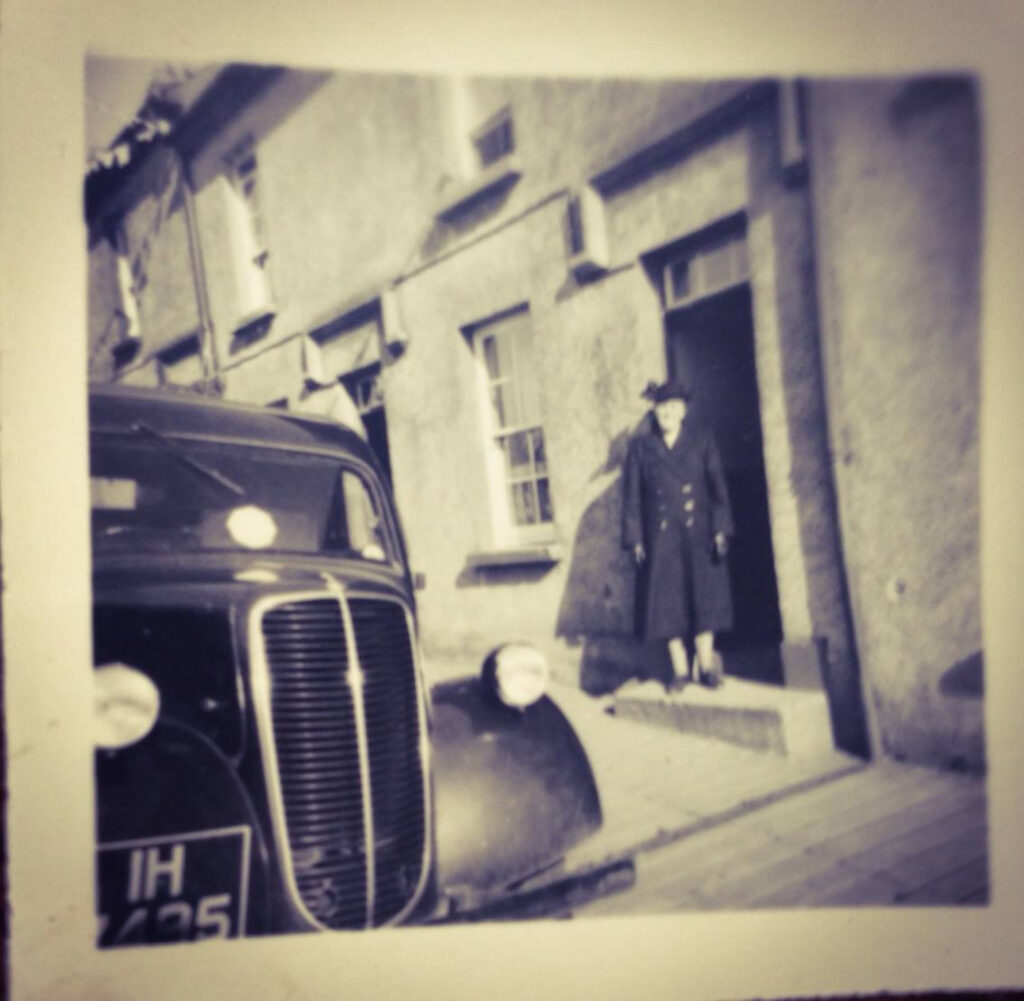 I think I was four years working for Andy Hegarty on the pumps, four years for me that I was away from home without leaving Letterkenny. That was my university of life meeting so many people every day. I worked through difficult days with petrol shortages when we sold what was called ‘rocket’ instead of shell. It had a sweet smell from it compared to Super and Regular Shell. People spent their time in queues hoping they wouldn’t get the ‘last car’ stuck to the back of their car. I also had some great times at the pumps and met people that have become friends for life which all started having a conversation at the side of a car putting in a few pounds of petrol and giving out a few Green Shield Stamps.

There is no such thing as perfect, we make plans for the future and sometimes put no value in the times we are in now. September always has me ready for the start of another year, a new page, a new school or just a new way of looking at what we have around us and be thankful for.