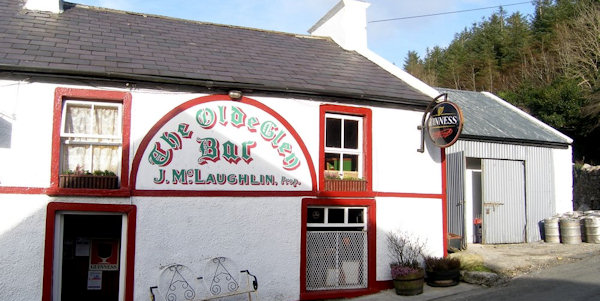 A Donegal pub has received a huge shot in the arm after being named Pub of the Year in the Georgina Campbell Irish food and hospitality awards 2021.

The prestigious awards are held in high esteem by the hospitality industry.

The well-known Olde Glen Bar in Carrigart is celebrating this morning after being named ‘Pub of the Year.’

The bar has been enjoying rave reviews for its food in recent weeks.

Describing this year’s awards as “a kind of love letter to Irish food and hospitality,” editor and publisher Georgina Campbell paid tribute to those who work in the industry.

“I am lost in admiration for all of the brave and dedicated people in the sector who have stretched themselves to the limit to keep their businesses (many of them family owned) going, keep their staff together if at all possible, and provide incredibly creative alternative services to customers.”

She also commended the creativity and resilience of restaurateurs and their staff.

“Despite the early worries about mass closures, the most surprising thing about the last couple of years is the number of new openings, especially restaurants, cafes and, of course, food trucks, alongside some superb pivoting and diversification, notably the excellent retail operations that many restaurants have developed alongside, or sometimes to replace, the core business.”