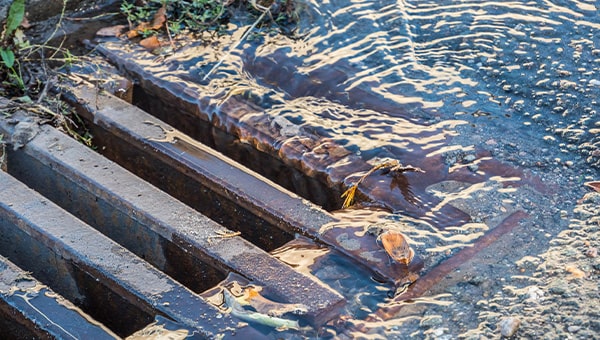 Council asked to carry out survey after Letterkenny flooding

Donegal County Council has been asked to carry out a survey of all gullies and drainage systems following severe flooding in Letterkenny recently.

The issue was raised at this week’s meeting of the Letterkenny/Milford Municipal Authority by Councillor Ciaran Brogan.

He said parts of Letterkenny which have never experienced flooding before were flooded recently.

He spoke about a number of areas in the town including the Oldtown where sandbags had to be deployed to stop homes and premises being waterlogged.

Describing the matter as an “urgent issue”, Councillor Brogan urged the council to examine why this was happening.

He said “There is general concern that something could have changed the watercourse and I think we as a council have an obligation to examine that.

“It’s an issue that is emerging going and going forward perhaps environmental section (of the council) need to get more involved in,” said Councillor Brogan.

His motion was seconded by Councillor Donal Kelly.

A spokesperson for Donegal County Council said the motion could be included as part of an overall workshop as well as reverting to the OPW for an update on the overall drainage in Letterkenny.